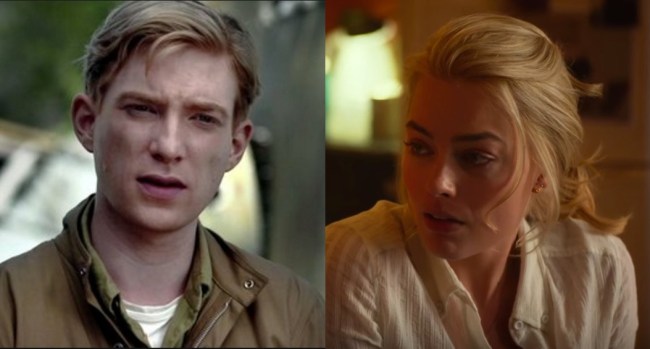 Fox Searchlight has confirmed that Domhnall Gleeson will play A. A. Milne, creator of Winnie the Pooh, and Margot Robbie will play his wife Dorothy “Daphne” de Sélincourt in the upcoming film Goodbye Christopher Robin.

The film will cover Milne’s relationship with his son Christopher Robin, whom he put into his stories, their nanny Olive, and his wife Daphne—showing how their lives change after the success of the books. Biographical texts and Christopher Robin Milne’s writing showed that he grew to resent his father’s books and the unwanted attention he received as a result of that legacy. Schoolyard bullying and more strained the relationship between him and his parents up until their deaths. From the synopsis, it seems the film will likely begin in the Interwar period when Winnie the Pooh was first released go on to Milne’s challenges with fame.

Director Simon Curtis is working with writer Frank Cottrell Boyce and Simon Vaughan on the film. Curtis stated that he’s very happy with the team so far:

I am delighted to be collaborating with Frank Cottrell Boyce to tell the remarkable and poignant story of the family behind the creation of Winnie the Pooh. We are assembling a wonderful cast, headed by two actors I am longing to work with – Domhnall Gleeson and Margot Robbie.

Looking at a old photo of the Milne couple, I can definitely see these two in these roles (see: Margot Robbie in the WWII drama Suite Française and Domhnall Gleeson’s part in Unbroken). There’s no news yet on who will play the role of Christopher Robin, but I’m definitely looking forward to seeing how this film develops. What do you think about the casting decision?