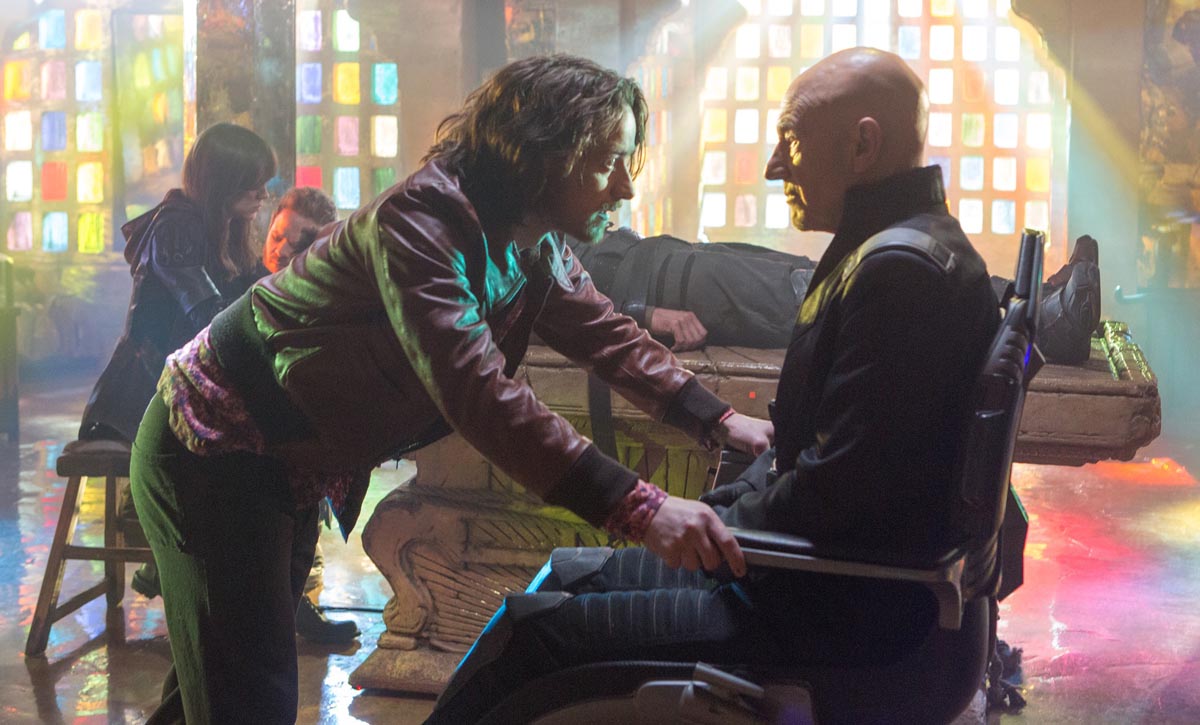 **Spoilers for Marvel’s X-Men: Dark Phoenix so read on with caution**

Let’s start this off by stating the obvious: Dark Phoenix isn’t great. I didn’t hate it as much as I thought I would, but I see why people have a problem with it. There is an issue with how the dialogue is written, how the only people who die are women, and well … generally, there are problems with the whole movie. But there is a moment in which Charles Xavier sees a young Jean Grey in the hospital after the death of her mother that brings to light the importance of the X-Men in the world of comics and cinema.

It comes down to a simple metaphor about a pen. There’s a scene early on where Jean laments that her powers have made her broken and a monster. Charles Xavier holds a pen for Jean to use. He says, quite simply, that there are multiple things you can do with a pen. You can use it to write, or you can have more sinister uses for it. But the decision is up to you, all the pen represents is the potential of a gift.

The X-Men are all seen as outcasts for their abilities. Being a mutant isn’t desirable in their universe. In fact, many repress their powers and hide for fear of what society will do to them. So for Charles to explain their abilities in this way—to express that it is a gift that makes them unique, an identity to explore for themselves and as a result discover what kind of person to be—is a brilliant way to bring to light why the X-Men have always been important.

James McAvoy states that the pen is a special gift to Jean and we, as the audience, understand his point. As mutants, they are given a gift—some would consider it a curse— but it is utterly and irrevocably theirs to use as they would. Xavier’s only there to help facilitate their journey into a world that isn’t exactly welcoming to those with gifts. Which brings us to the importance of the X-Men in the grand scheme things: They represent those who are seen as marginalized from the mainstream because of a difference of self the world has judged for them.

Of course, we do have the issue of Xavier then using their othering as part of his own agenda, and the fact that he, as a mutant who “passes,” really can’t speak to the experiences of mutants with much more extreme mutations, but the moment ties neatly to the key political skeleton of the X-Men as a property.

With the series’ roots in the Civil Rights movement, and connections back to the LGBTQ+ community for years, the X-Men are more than what many of the films in the franchise represent on the surface. So this scene, while taking place in a not-so-great movie, demonstrates what we should remember about the series as a whole. It would’ve been great if this message had been even more of an explicit focus, especially in the last few films.

The failures of the films to properly explore the realities of the characters has been a significant blight on the franchise. When a series that is connecting to communities that have faced discrimination fails to put Black and gay characters on the screen in meaningful ways, it is harmful. The X-Men should have been an important cultural boon to Fox—they took some of the most iconic characters in comics and had the chance to bring them to screen in a meaningful way. While they used that well for two movies, they still failed to live up to the heart of the source material (sometimes there can be too much Wolverine.)

Hopefully, the MCU will take us back to the important aspects of these characters in the future. Now that this line of X-Men movies is done, I hope that we can start to see someone who understands these individual characters and their importance to the X-Men as a whole bring them to life within the Marvel Cinematic Universe. The X-Men have always deserved better, and stood for so much more.