It’s Not All Awful! Here Are Some Majorly Uplifting Election Results 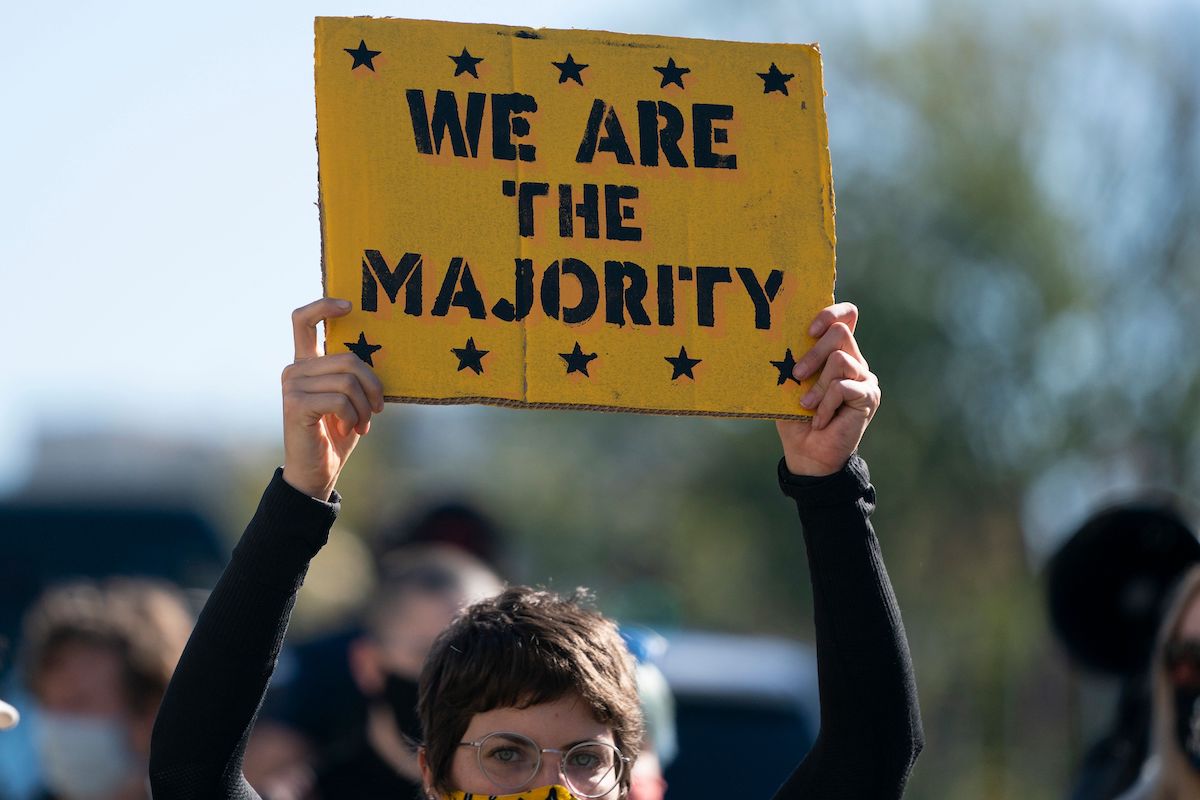 A lot of races from Tuesday’s election have yet to be decided and it’s natural to be feeling anxious, disappointed, or furious—or, most likely, a mix of all three. But there were also some really exciting results that we get to celebrate.

A historic night for LGBTQ+ candidates

Obviously, most of our collective attention has been on the presidential race, but there are so many more races on the state and local levels. And this year, hundreds of LGBTQ+ candidates were on ballots across the country. Here are just a few historic wins:

30-year-old Sarah McBride was elected to Delaware’s State Senate, making her the highest-ranking openly trans lawmaker in the country and the first out trans state senator in the country.

‘We’ve shown this state and this country who we are’ — Sarah McBride just made as history as the first out transgender person to become a state senator in the U.S. pic.twitter.com/r9SScFepwJ

Stephanie Byers, who is of the Native American Chickasaw Nation, becomes the first trans person of color elected to a state legislature tonight with her win in Kansas. pic.twitter.com/Hr5meZn57D

Adrian Tam is not only Hawaii’s only openly LGBTQ+ elected official, but his opponent was the leader of the state’s Proud Boys chapter.

There are a ton more historic LGBTQ+ wins to celebrate. Here’s a good thread:

Need some good news? A record number of LGBT+ people have been elected & re-elected across the USA.

And you can see more here:

May I recommend balancing your (v warranted) anxiety over the presidential race with some inspiring queer news? 160 LGBTQ candidates have already won races across the country, says @VictoryFund.

Mississippi got a new flag

This will be the new state flag of Mississippi. Voters overwhelmingly approved it. This is a great day for the state as we move forward from a divisive emblem that now rests in the past. pic.twitter.com/nZorS0tVUd

Mississippi ditched their Confederate-themed flag in favor of this “New Magnolia” design, which includes 20 white stars for the 20th state to join the United States and a single gold star to honor the Native people who lived on the land before it was taken from them.

Every member of “The Squad” won their reelection

Alexandria Ocasio-Cortez, Ayanna Pressley, Rashida Tlaib, and Ilhan Omar are all back for another term.

Our sisterhood is resilient. pic.twitter.com/IfLtsvLEdx

New Mexico elected all BIPOC women to its state delegation

This is a monumental moment: #NewMexico becomes 1st state to elect all #womenofcolor to its House delegation.

Congratulations to @Deb4CongressNM @TeresaForNM on their wins last night! These incredible WOC will represent US and move this country forward.https://t.co/VjzzG2c3EA

Marijuana legalization measures were passed in five states: Arizona, Mississippi, Montana, New Jersey, and South Dakota. South Dakota became the first state to legalize both medicinal use and recreational use in the same election.

The minimum wage in Florida will increase from $8.56 an hour to $10 next year, with incremental increases until it reaches $15/hour in 2026.

Was there good news out of your district or another race you’re really excited about? Let us know in the comments!