In The Face of Backlash, GoDaddy Already Withdraws Support for SOPA 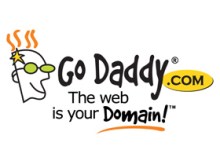 It looks like GoDaddy’s confident support of SOPA and fearlessness in the face of a boycott has already crumbled. Not even a day after all the press, GoDaddy has released a statement that they no longer support SOPA. The statement reads:

“Fighting online piracy is of the utmost importance, which is why Go Daddy has been working to help craft revisions to this legislation – but we can clearly do better,” Warren Adelman, Go Daddy’s newly appointed CEO, said. “It’s very important that all Internet stakeholders work together on this. Getting it right is worth the wait. Go Daddy will support it when and if the Internet community supports it.”

They had good reasons to pull that support too. When they said that they had “not seen any impact to [their] business,” they may have spoken just a little too soon. Once the story came to light, the Internet was whipped into a frenzy and reddit took the initiative to start trying to convince all kinds of sites to leave GoDaddy. Their efforts seem to have been successful, considering that Pastebin has moved. Of course, the biggest hit might have been when Jimmy Wales tweeted an announcement stating that Wikipedia would be moving away from GoDaddy as well. Imgur and xkcd probably weren’t, or aren’t, far behind.

Of course, now that GoDaddy has recanted its support, everything should be fine, right? Right?! Maybe not. The boycott has drudged up some unpleasant facts about GoDaddy, like the time GoDaddy CEO Bob Parsons was out hunting elephants. Besides that, what does GoDaddy’s support or lack of support for SOPA really change? Not much. The fact that they recanted was basically due to financial pressure and probably not a change of outlook. Regardless of what they say, we now have reason to believe that the people in charge of GoDaddy are the kind of people who support things like SOPA. Even if they’ve changed their public stance, do you still want to play ball with them if you can avoid it?