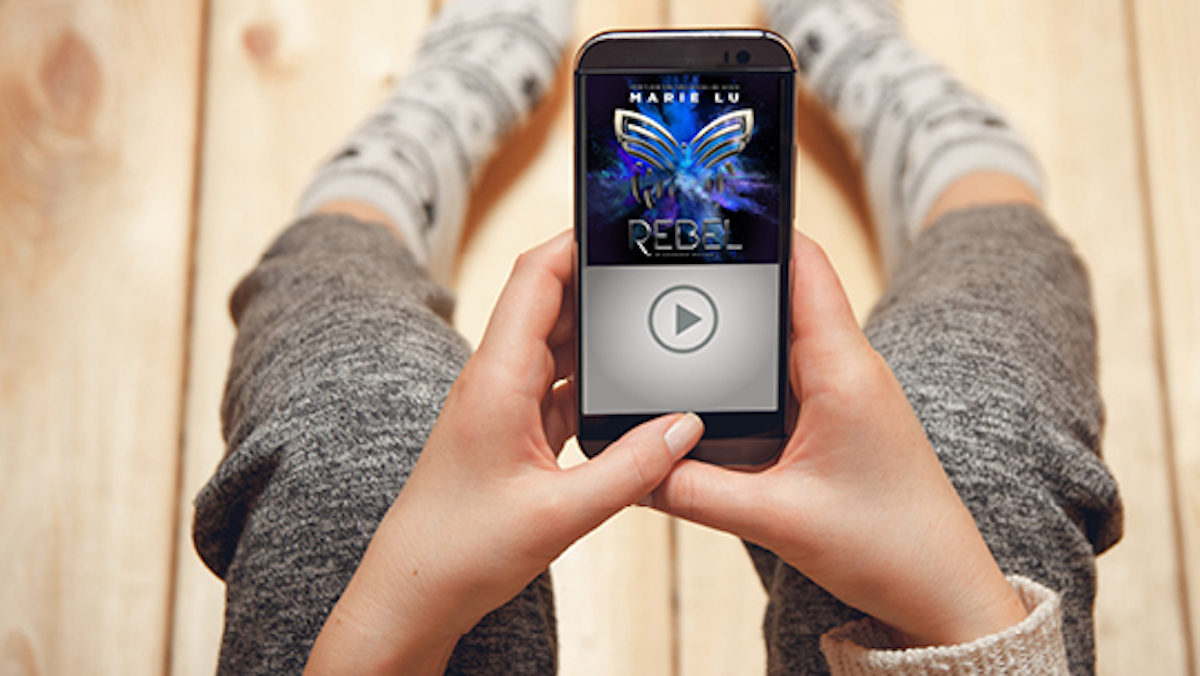 We’ve never had a giveaway like this before. 50 lucky readers of The Mary Sue will be able to listen to Marie Lu’s Rebel!

Respect the Legend. Idolize the Prodigy. Celebrate the Champion. But never underestimate the Rebel.
With unmatched suspense and her signature cinematic storytelling, #1 New York Times–bestselling author Marie Lu plunges readers back into the unforgettable world of Legend for a truly grand finale.

Eden Wing has been living in his brother’s shadow for years. Even though he’s a top student at his academy in Ross City, Antarctica, and a brilliant inventor, most people know him only as Daniel Wing’s little brother.

A decade ago, Daniel was known as Day, the boy from the streets who led a revolution that saved the Republic of America. But Day is no longer the same young man who was once a national hero. These days he’d rather hide out from the world and leave his past behind. All that matters to him now is keeping Eden safe—even if that also means giving up June, the great love of Daniel’s life.

As the two brothers struggle to accept who they’ve each become since their time in the Republic, a new danger creeps into the distance that’s grown between them. Eden soon finds himself drawn so far into Ross City’s dark side, even his legendary brother can’t save him. At least not on his own . . .

As we touched upon previously, one of the thrilling aspects of getting to hear Rebel in audiobook form is that it has a unique double narration.

And you can start listening to the first chapter for free right here, right now! But now that your appetite is whet for more, why not take a shot at winning all of Rebel?