Girlfriends: How Does the Iconic Black Sitcom Hold Up After 20 Years? 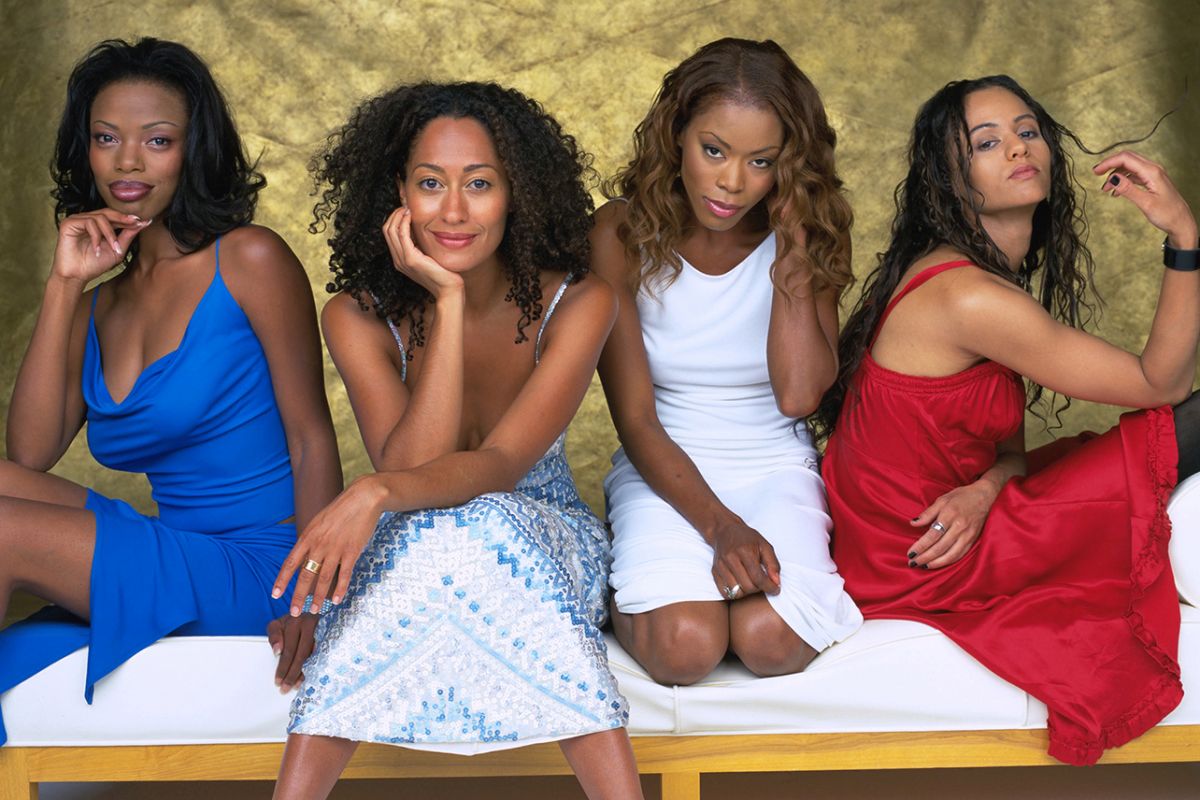 Growing up, Girlfriends was a slightly more age-appropriate alternative to Sex and the City that I watched on what was then UPN. The series, created by Mara Brock Akil, told the story of four friends living and loving in Los Angeles: Joan Clayton (played by Tracee Ellis Ross), Maya Wilkes (played by Golden Brooks), Lynn Searcy (played by Persia White), and Toni Childs (played by Jill Marie Jones). The show was added to Netflix recently, and I spent the weekend revisiting the first two seasons and seeing how it held up.

What did you do this weekend? I binged Girlfriends on Netflix. What hit different? #girlfriendsonnetflix #girlfriends20

First of all, I can say that the show is definitely highly rewatchable. I found it funnier now that I am nearly the same age Joan is when the series begins. There’s something really surreal about a group of late-20s women all having such fixed paths. Joan is a junior partner at a law firm with an amazing house. Maya is Joan’s assistant at the firm as well as a wife and mother. Toni lives in a fantastic apartment with a range rover as a real estate agent. Then, there is Lynn, with a number of master’s degrees and still living an aimless transient lifestyle.

Finally, a relatable character in 2020.

What makes Girlfriends such an important show is how it focuses on issues concerning Black women at the time—not just romantic issues, but also things like healthcare, politics, treatment in the workplace, and many other things.

I certainly found the candid discussion about Maya’s fibroid tumor to be especially fantastic—talking openly about going to see an OBGYN, how expensive it can be, and how long the wait is when you don’t have good insurance.

Colorism comes up early on with Toni, who is both the darkest of the friends and also not interested in dating men darker than her. Toni’s explanation of how she doesn’t want to have a dark-skinned daughter who is going to be called things like “tar baby” or “cute for a dark girl” is both frustrating and, frankly, honest. We haven’t disassembled those systems nearly enough, and while Toni’s actions are gross, they are a reaction to a gross society.

Toni and Joan’s friendship is the kind of toxic friendship that makes Issa and Molly’s in Insecure seem like nothing. Toni is legitimately a bad friend, but there is no denying that Jill Marie Jones has a swagger that makes you want to let her be the center of attention.

As a queer Black woman who is not religious, sometimes the fact that shows like this are (and still remain) so heteronormative and Christian can be a little jarring, and there are moments when the show seems to preach to me—and I loathe that—but at the same time, it is a huge part of the Black experience. Certain LGBTQ jokes are just part of the 2000s cringe, including in season one, when Joan is lagging on how to break up with a man, her friends tell him that Joan “is a man.”

Girlfriends is still funny and heartfelt. Dated in some ways? Sure. However, like Living Single, Sex and the City, Broad City, and others, it’s an important installment in the long line of female-centric shows tackling the complexities of female friendship.

And it’s really damn funny, too.