Everything Is Beautiful: Gina Carano Has Been Cast as a Mutant in Deadpool 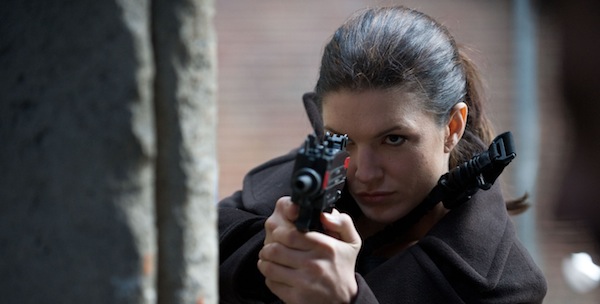 Carano will be playing Angel Dust, one of the Morlocks (a literally underground community of outcast mutants). In the comics, Angel Dust is one of the Chicago Morlocks, and her mutant ability allows her to increase her adrenaline to gain superhuman strength, speed, agility, and endurance. So she’s basically a mega bad-ass, which means Carano is flawless casting.

How she’ll fit in with Ryan Reynolds’ Deadpool is still unknown, but as long as she gets to kick the hell out of a bunch of people it doesn’t really matter. Interestingly, THR also reports Colossus (aka Piotr Rasputin) will also be appearing in the film, but it’s unclear whether or not Daniel Cudmore will be reprising the role he’s played in all the previous X-Men films, or if they’ll be re-casting.

It’s safe to say that everyone at TMS is pretty excited about this news; Carano was my personal choice for Wonder Woman, so I’m thrilled that she’s getting the opportunity to appear in a Marvel universe(ish) film. To celebrate the news, you should go watch Haywire, and then you’ll understand what all the fuss is about.