Very close to writing "boomor," friends. Look upon my restraint and despair. 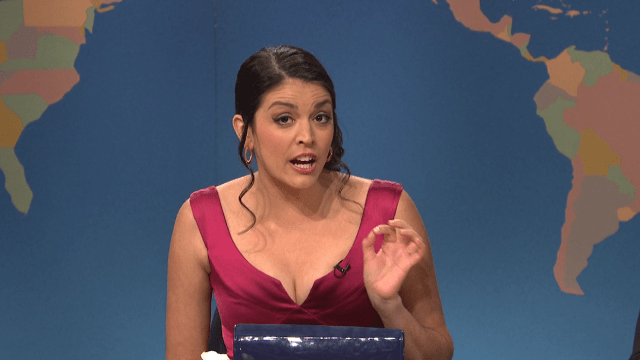 Sure, this is the second Ghostbusters story we’ve covered today. But I ain’t afraid of no saturating the market.

According to an email rumored to have been leaked in the Sony hack, much of the plot and casting for the lady-led Ghostbusters film is already coming together, despite the script being unfinished. Take with a grain of salt, spoilers to follow, etc.

In the leaked correspondence, Feig tells Sony chief Amy Pascal that his Ghostbusters–which he clarifies will be a reboot, rather than a sequel–should be “scarier and more hi-tech” than the originals. The film’s antagonist, a part written for Peter Dinklage, is a murderer who returns as a ghost and raises an army of undead historical baddies. Dinklage and his ghost posse must be thwarted by “four very different women” who “figure out in funny, scary and action-packed ways how to save New York City and the world.”

According to the alleged email (I don’t want to get anyone’s hopes up here about Dinklage Ghost), the “four very different women” will unofficially work for the government throughout the franchise (!), with Cecily Strong playing the team’s requisite bureaucratic foil.