Erin Gilbert, Abby Yates, and Ghostbusters as a Love Letter to Female Friendship

"We're all the ghost girls now." 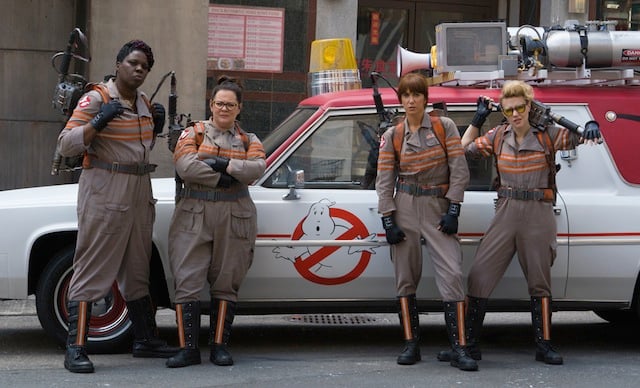 One quote immediately came to mind after I saw Ghostbusters for the first time: “friendships between women are often the deepest and most profound love stories.” I thought of it again after reading a Hadley Freeman piece on the film, in which she wrote that for her, “there is little sense of connection between the women here.” This comment took me by surprise. For all that I expected widespread differences of opinion on this film, this take seemed so far removed from my own thoughts that I was a little stunned. Of course, no film can please everyone, but regardless of one’s take on Ghostbusters as a whole I would have thought there was one thing we could mostly agree on: this film is a love letter to female friendship. In a film which has no romantic subplot, the friendship and connection between Abby Yates and Erin Gilbert is given the kind of significance most stories reserve for two people falling in love. Their bond is central to the way the film unfolds, and it provides a beating heart of emotion which captivated me completely. Spoilers follow.

Not unusually for an onscreen relationship, this one starts off in noticeably frosty place. Erin (Kristen Wiig), on the cusp of tenure at Columbia University, is angry to discover Abby (Melissa McCarthy) has been selling a book they authored together without her permission. She goes to confront her immediately, and there is the unpleasant sensation that this might become a rivalry or ongoing rift. In a lesser film, it might have. But Ghostbusters turns this expectation on its head straight away. Abby is frosty when she sees Erin, but her resentment isn’t born of Erin’s success or accomplishments. Rather, she’s resentful of the fact Erin turned her back on her to get to where she is. As we later learn, this is someone Abby loved and supported for years; for Abby, this betrayal was personal. From her perspective, Erin abandoned her and their work–not to mention the book she describes as their “baby”–and after what may well be years with no contact, she now finds her former friend marching in with an attitude not unlike that displayed by their detractors.

It’s interesting to note that Abby, when she first introduces Holtzmann (Kate McKinnon) to Erin, immediately describes the eccentric engineer as “very loyal.” The two share in-jokes and an adorable clapping ritual before setting off on their latest hunt. Holtzmann is flamboyant and charming, and she and Abby have an obvious bond. Next to this united front, Erin cuts a lonely figure, all awkward uncertainty and hesitation. She’s alone and unsure of herself while her former best friend suits up with a new partner. It may be fitting, then, that of all the lead characters, it is the nervous, halting Erin who gets the most prominent arc– and that arc only truly begins when she and Abby mend their broken friendship, starting with an embrace outside the Aldridge Mansion. 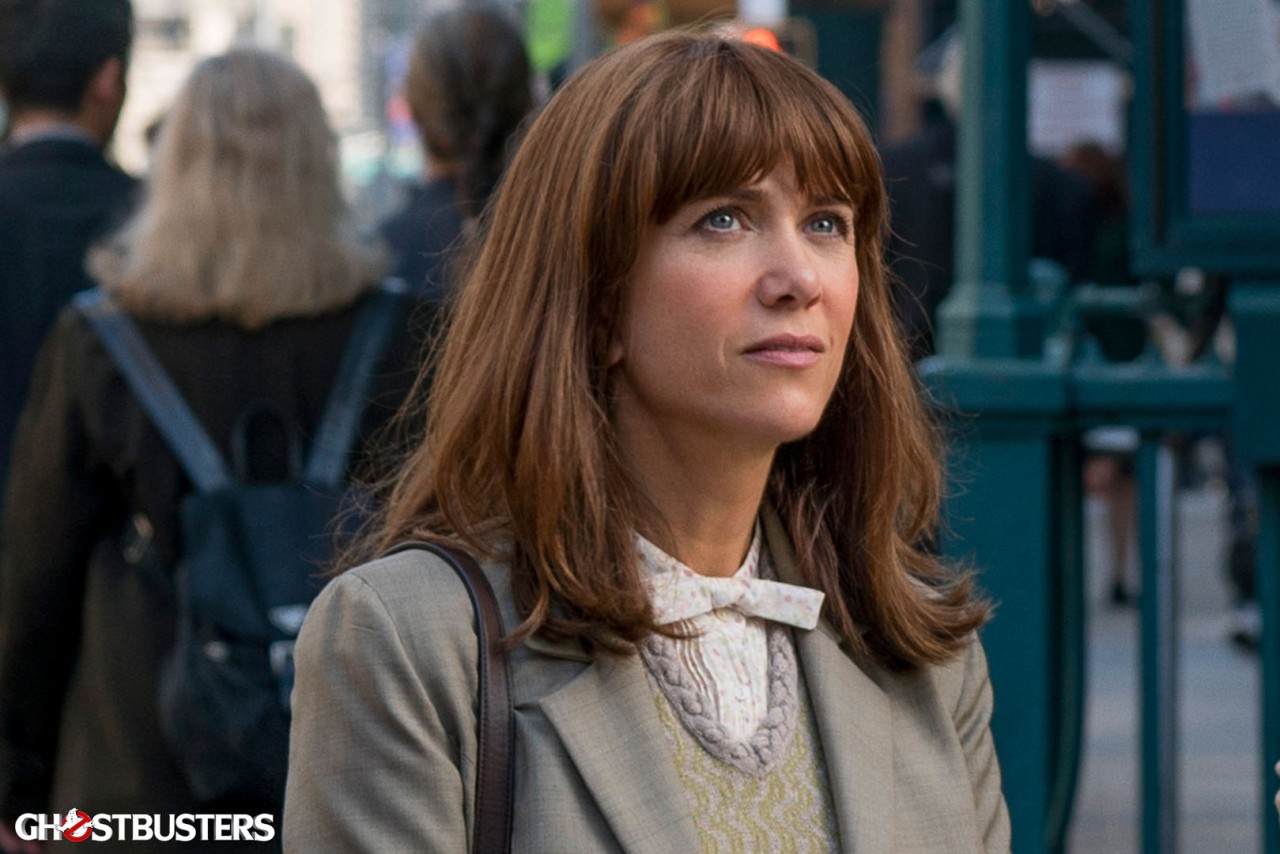 Their embrace, midway through a jointly euphoric response at seeing Gertrude Aldridge’s ghost and capturing her on film, is more than a celebratory gesture. It’s validation of something they’ve been fighting to convince others of for years. The moment is emotional for Erin, as her gushing reaction into the camera makes clear, but Abby’s not immune either. This is a cathartic moment for her, as she sees Erin begin to shuffle off the sense of shame surrounding their work and emerge newly invigorated. As a character, Abby has a gorgeously protective instinct and it’s one which resurfaces after this moment. Erin’s frenzied reaction costs her the job she’s longed for, but now she has somewhere to go. She comes back to Abby and Holtzmann in the same lab she entered with a sense of trepidation the day before, and finds a sanctuary. Abby shares condolences at the loss of her job but instantly asks Erin to join them in their work. She offers her a safe place, sympathetic ear, and an opportunity to work on something she knows Erin is passionate about. It’s a symbolic reestablishment of the haven she once brought to Erin in school.

This dynamic infiltrates the group as a whole, and watching it evolve is heartwarming. After Patty (Leslie Jones) joins the group and Erin opens up about her childhood, you can feel the bonds solidify. Erin speaks quietly and sadly of how she was haunted by a ghost as a child, revealing that her parents didn’t believe her and her classmates made fun of her. She was sent to therapy and forced to deny what she saw. The real-world parallels here are almost unbearable–women are so often conditioned to deny the truth and validity of their own experiences that they end up questioning their minds, voices, and sometimes sanity. Erin’s hesitation in telling this story is palpable. She’s been burned before and even after everything the group has been through in the preceding few days, it’s still a difficult and emotional subject for her.

When the others accept her story, instantly and without question, it’s poignant. Patty immediately tells her she believes her. Holtzmann lightens the mood with THAT infernal wink, .gifs of which should really be banned for inflicting cruel and unusual punishment on all who see them. Wonderfully, Abby’s protective instincts kick in too –  when Erin says they were never invited to parties in school, Abby quickly retorts that it was because all the other kids were terrified of them. The atmosphere is warm, joyful, and welcoming. Even at this early stage in their work together, the women’s firm belief in each other is tangible. Holtzmann takes them outside for a delighted demonstration of her latest inventions. Patty provides a car, uniforms, and offers valuable historical context for the buildings they’re investigating. (Seriously, I would listen to two hours of Patty telling us the creepy histories of old NYC landmarks. Please take note for the sequel, Paul Feig.) All our heroines begin to blossom in this jubilant atmosphere, and Erin in particular finally finds the strength and confidence to overcome the last lingering shadows of her past. 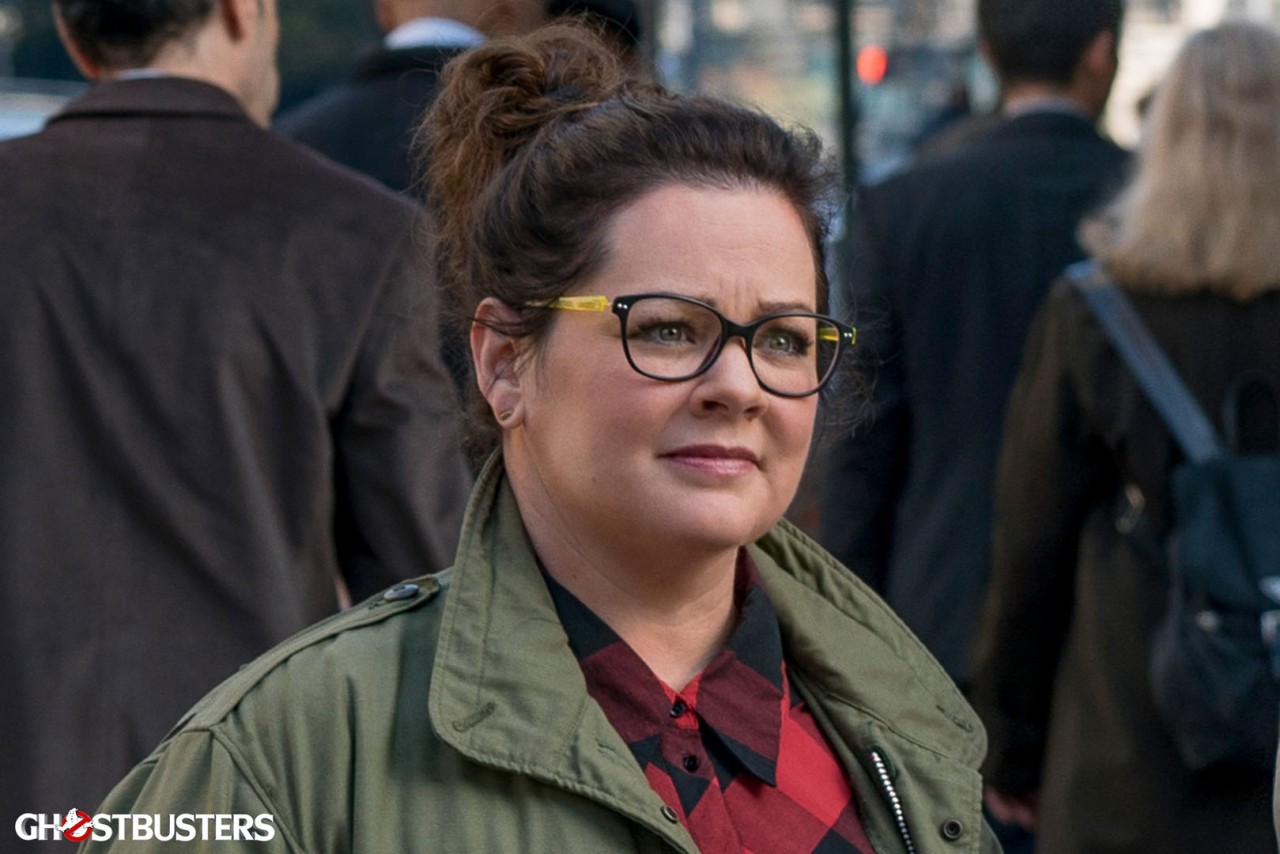 I love that the climactic moment of this film involves a woman rescuing her best friend. Erin and Abby disagree at various points even after mending their friendship, most notably when they get a visit from paranormal debunker Martin Heiss (Bill Murray). Erin is still extremely sensitive to anyone questioning their work, so much so that she unleashes the ghost they’ve just trapped against all of Abby’s fervent protestations. When they’re carted off to the mayor’s office, she and Abby argue over whether to “put the cat back in the bag.” None of her colleagues attack her for this. There’s a sense of understanding even when they disagree, fueled by an appreciation of what they’ve all been through. But Abby, perhaps more so than anyone in the group, is trying to be pragmatic. She’s the one who sets up the website, makes fliers, and looks to provide a service to other people. She’s the de facto leader, reminding everyone what they can do, and in the final battle shoves Patty out of harm’s way only to be dragged into a vortex herself. When Erin instantly throws herself in after her, it’s a symbol of how much Abby means to the others. She’s spent the entire film propping up those around her, and now, finally, it is her oldest friend who comes to save her. When Erin looks her in the eye and says “I wasn’t going to leave you twice,” it’s an emotional and candid admission of how important Abby is to her. It banishes any remaining doubts over their friendship in a moment that’s reserved for the two of them alone. When Patty and Holtzmann pull them out and eagerly embrace them, it’s just the icing on the cake.

Abby and Erin’s friendship may be the central element which anchors the movie, but the bond it celebrates isn’t confined to them alone. The film evokes the uniquely familial bond which forms between many female friends, and the gratification that comes in finding a home away from home. Patty leaves an isolating and largely thankless job to join the Ghostbusters. In her first scene, we see her attempting earnestly to be friendly and helpful, and being mostly ignored for her efforts. She is, quite literally, shut off behind a glass barrier. In the Ghostbusters, she finds a haven of like-minded souls. She doesn’t have a scientific background, but her intelligence and insight is made clear from her first observation about their office building. Her word and input is never questioned, and she is ultimately the one who figures out how to close the vortex and save New York, to Abby’s vocal delight. 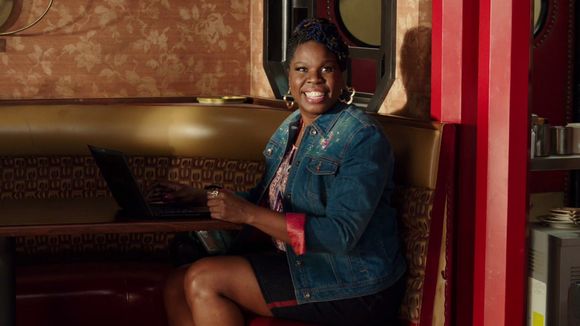 And if, somehow, all of this went over the audience’s heads, Holtzmann’s toast at the end makes all of these feelings abundantly clear. Holtzmann  is exactly the type of adorably kooky oddball who shines onscreen but might struggle to find her people in real life. Her little speech is moving in its tenderness and sincerity. You get the impression sentiment doesn’t come naturally to her, but in that moment, as they all look around and take stock of what’s happened, she needs to express something. Something about that intangible feeling of connection that comes from being with your people, a connection you can’t predict, manufacture, or explain; it’s just something that happens when you’re not looking or expecting it. Sometimes, you meet certain people and things just click into place. Such, as Holtzy notes, are the unknowable physics of the universe: what it means to love, and the indescribable and incomprehensible magic which fuses us so irrevocably to other people.

This magic is what lends Ghostbusters its power. For a film so derided from its very inception, Paul Feig and Katie Dippold’s decision to frame it around female friendship was a stroke of genius. In doing so, their story elucidates the importance of solidarity for women everywhere. In acceptance there is comfort, and in support there is strength. The Ghostbusters’ story is a powerful symbolic statement to their many detractors and disbelievers, both onscreen and off. There are many aspects of the film with which one may take issue–this thoughtful piece, for example, outlines a young woman of color’s mixed feelings over Patty’s role. The women being asked to continue their work in secret while authorities publicly deride them as frauds is chillingly reminiscent of real-world politics and shaming. But its most vocal message is a powerful one: believe in yourself and each other, and defend and support one another. As Dippold herself commented, “the big message was believing in yourself, and having a passion and sticking to it… Just follow your passion and find like-minded, strange people.”

I think the Ghostbusters are my kinda people.

Grace Duffy is a pop culture devotée and sometime film critic currently catching up on her classic sci-fi. You can read more on her Tumblr or catch her frequent TV liveblogs on Twitter.