I Will Never Be A Ghostbuster | The Mary Sue

I Will Never Be a Ghostbuster

What does it mean to really, officially, give up on a ridiculous dream? Is it about the end of one’s youth? Or is it just a matter of facing reality? Maybe it’s deeper, like losing one’s religion. These are the questions I had to ask myself recently when I realized what I didn’t initially realize was inevitable: I will never be a Ghostbuster.

This marked the end of a childhood dream for me that had extended, perhaps weirdly, into young adulthood. For years, I had held out hope that somehow, magically, I could weasel my way into a Ghostbusters movie. After being a fan of the franchise since I was nine years old, it felt like part of my DNA, part of my destiny. Of course I would get to be a Ghostbuster! Because I loved it so much! I loved it so much that Ivan Reitman himself could feel it in his capillaries.

Well, this dream has ended. And man, is it crushing.

It may seem absolutely ridiculous to have a dream like that, and to believe so seriously that there was a chance it could happen. And reaching adulthood and realizing that the career path you’ve taken simply doesn’t add up to the fame you’d imagined (and that’s it’s all ridiculous) can break your heart. No, your stellar marketing skills will never earn you a Super Bowl Ring. And no, your sparkling bedside manner will never get you on Barbara Walters’ list of the Most Fascinating People. But the moment you really, really find out the truth of this, the moment you actually reconcile that nothing you dreamed of will come to pass … ouch. It’s really over? Damnit!

It’s one thing to be a kid and think you want to be Wonder Woman when you grow up. By eight years old, you know that’s not going to happen. But what if you end up pursuing a career that’s supposed to lead to being in a movie? And for some deluded little reason, you think it still might happen? I won’t lie. When another Ghostbusters sequel was announced 15 years ago, then again about 10 years ago, then officially within a year ago, that little part of me went, “Yes! This can still happen!” And that was immediately followed by, “Um, no, it can’t. Sorry.” And rather than the former voice knocking that downer attitude to the ground, it retreated. Miracle? Nope, no reason to believe in those, either. Wow. It’s really over. 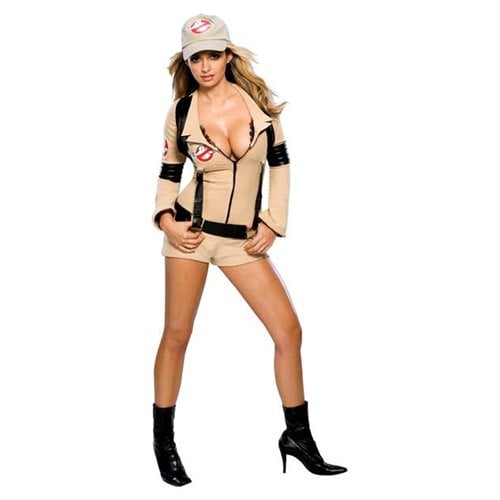