Germaine Greer Says That Rape Is Not a “Spectacularly Violent Crime” 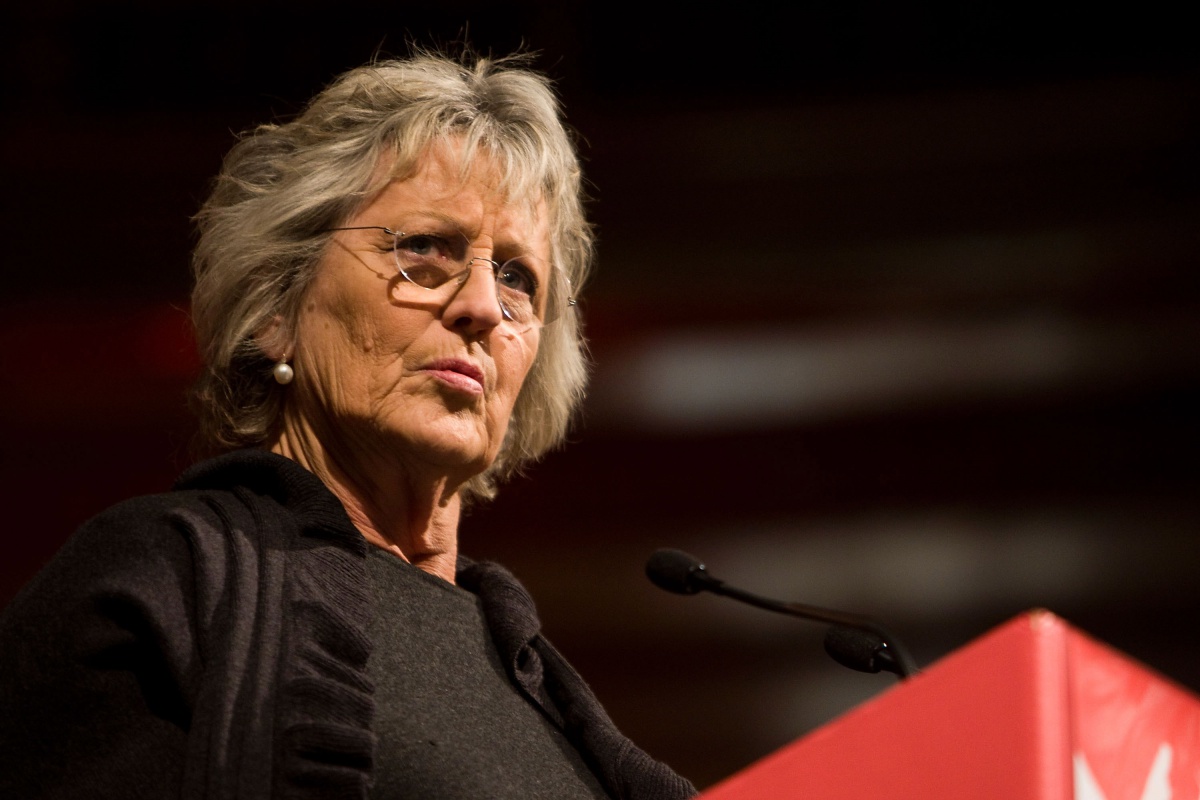 Saying really repugnant things has become Germain Greer’s modus operandi for quite some time and her recent speech at the Hay Literary Festival is a continuation of that trend.

At the event, the feminist academic said that rape is usually not a violent crime and that there should be a lesser punishment for it like “200 hours’ community service and perhaps an “r” tattoo on the rapist’s hand, arm or cheek” according to The Guardian. What I find even more amusing is that at the exact same festival, Margaret Atwood, a problematic feminist in her own right, spoke with a flock of women dressed up as handmaids behind her.

Greer explained that the legal system is not working and so far the discourse around rape has not made any real changes to the way we prosecute rape due to lack of evidence in some cases and consent issues. Therefore she wants to turn the conversation “upside down.”

Now in many ways, Greer is not wrong. We as a society still struggle with rape, sexual assault, and sexual harassment. We argue about what the different terms mean, what the punishment should be and how each consent infraction should be viewed. Those are important things for us to discuss, but it also takes time. Just looking at Bill Cosby’s recent conviction that happened now, under the era of #MeToo. Two years ago, it ended in a mistrial. Harvey Weinstein got to be free for nearly eight months before turning himself in for rape. We’ve only just really started to have this conversation in a way that doesn’t automatically shame women in the public eye.

Let’s see what she had to say about rape and how “violent” it is shall we?

“Most rapes don’t involve any injury whatsoever,” Greer said. “We are told that it is a sexually violent crime, an expert like Quentin Tarantino will tell us that when you use the word rape you’re talking about violence, a throwing them down… it is one of the most violent crimes in the world. Bullshit Tarantino.

“Most rape is just lazy, just careless, insensitive. Every time a man rolls over on his exhausted wife and insists on enjoying his conjugal rights he is raping her. It will never end up in a court of law.

“Instead of thinking of rape as a spectacularly violent crime, and some rapes are, think about it as non consensual … that is bad sex. Sex where there is no communication, no tenderness, no mention of love.”

Now, I wouldn’t call Quentin Tarantino an “expert” on rape, but this idea that rape is not violent just because it isn’t done with a gun to your temple is absurd. We know now more than ever that most rape is done by someone a person knows. Also as of 1993, marital rape is, in the United States, illegal despite how difficult it might be to prosecute. But all rape is hard to prosecute. That doesn’t mean we should stop trying. And it doesn’t mean it we should spread this idea that women are so emotionally malleable that we can’t tell the difference between bad sex and rape.

That’s not all. Her explanation for lowering the penalty for that it will allow people to believe the victim more and to stop women from “living in terror of the penis.”

“If we are going to say trust us, believe us, if we do say that our accusation should stand as evidence, then we do have to reduce the tariff for rape.”

“It is moments like these, I can hear the feminists screaming at me, ‘you’re trivialising rape!’

“Well I’ll tell you what … You might want to believe that the penis is a lethal weapon and that all women live in fear of that lethal weapon, well that’s bullshit. It’s not true. We don’t live in terror of the penis … A man can’t kill you with his penis.”

Except there are men who have killed women for denying them sex or feeling entitled to sex from women. Women living in terror of rape is how we have been taught to function because it’s easier to teach women to be constantly on edge than to teach men to not rape, apparently.

Greer goes on to question a statistic that  “70% of rape victims had suffered post-traumatic stress disorder compared with 20% of conflict veterans” arguing “What the hell are you saying? Something that leaves no sign, no injury, no nothing is more damaging to a woman than seeing your best friend blown up by an IED is to a veteran?”

Now it should be noted that Germaine Greer is a rape survivor herself and has been outspoken about her experience. If these are the things she has chosen to think as her own path to recovery, then that is her right. However, it doesn’t mean that she isn’t using her platform to spread a toxic ideology.

Germaine Greer is part of that second wave of feminism that treats younger feminists like me as too concerned with making feminism something for everyone, that we’ve lost the political side of the movement. Jessa Crispin spoke about this in her essay turned book Why I Am Not a Feminist Anymore. Crispin says that in order to make feminism mainstream, there has been a disavowal of such radicals as Andrea Dworkin, Shulamith Firestone, and Germaine Greer.

While I understand the discourse and discussion around modern feminism and how it has been marketed to the masses like a Marvel film, when I see more “radical” feminist cite women like Germaine Greer as those being left behind by the younger generation I’m not shedding a tear over that.

Germaine Greer’s legacy to early feminism is important, but just like the many, many problematic white suffragettes, I’m not going to give her more reverence than she deserves. Her legacy to feminism should be viewed in its entirety and if she wants to proceed with these regressive ideas about rape, in addition to her transphobia, then maybe it’s her feminism that should be questioned, not those who have denounced her.