Game of Thrones Ending Not Good for George R.R. Martin, Just Like Us | The Mary Sue

George R. R. Martin Says Game of Thrones’ Ending Wasn’t Good for Him, and We Can Sympathize 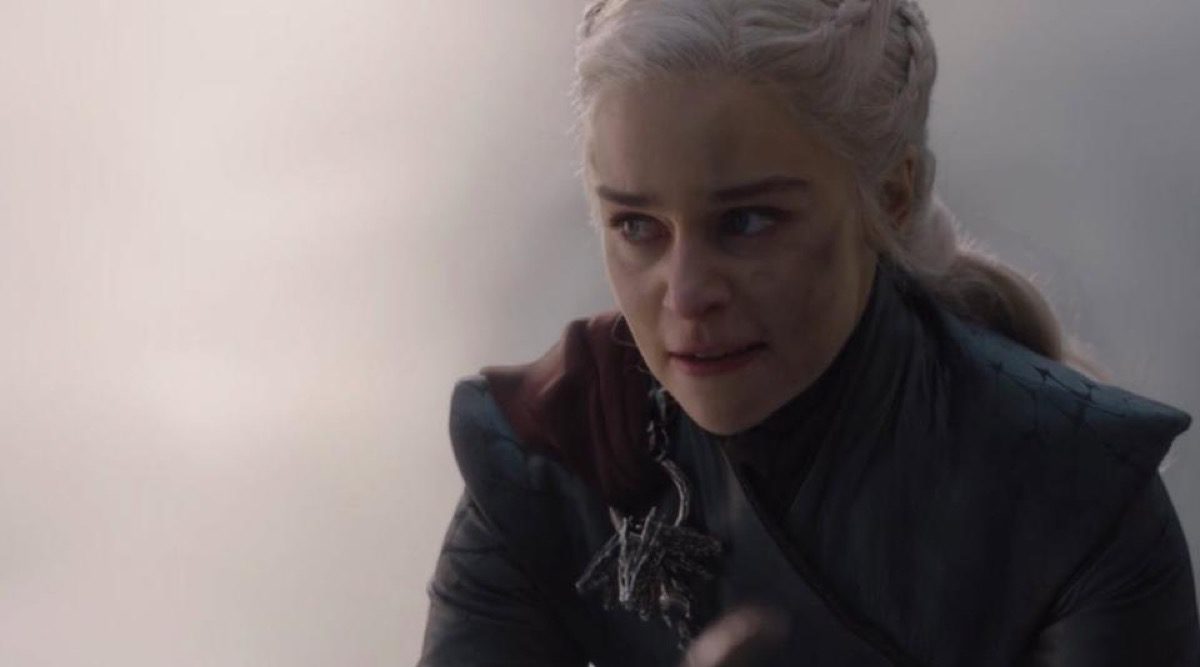 Writing is hard, and it’s harder when you’re weighed down by timelines and expectations. Perhaps no one knows how daunting public expectations can be than the creator of Westeros himself, George R. R. Martin. In a recent interview with The Guardian, Martin talked frankly (as he often does) about a range of subjects, including about how hard it was for him to maintain his writing pace with the pressure of finishing his epic Song of Ice and Fire series before HBO’s Game of Thrones series based on it concluded, as well as the demands on his time taken up by other projects.

Not only is Martin finishing The Winds of Winter (still no release date, calm down), but he’s producing multiple shows, promoting his latest Westeros history collection (Fire and Blood), and somewhere in there doing a few more Dunk and Egg stories. Martin has had a lot on his plate for a long time, and honestly? I feel for the guy. Even before the HBO series lapped him, He was in a tough position, and even now that the series is over, it’s not the best place to be.

When Game of Thrones debuted on HBO, Martin was just finishing the fifth book in his planned septology: A Dance of Dragons. Things were looking up for Martin finishing the book series, or at least getting the sixth book out before the television show caught up to his published work. But the pressure to produce that work became immense, according to Martin in The Guardian: “There were a couple of years where, if I could have finished the book, I could have stayed ahead of the show for another couple of years, and the stress was enormous.”

As a writer, I can understand that. There’s nothing more paralyzing that staring down a massive deadline, and Martin was dealing with the pressure of continuing one of the most well-known and popular properties in the world, that just kept getting bigger—no easy task. Martin explained,

“I don’t think it was very good for me, because the very thing that should have speeded me up actually slowed me down. Every day I sat down to write and even if I had a good day – and a good day for me is three or four pages – I’d feel terrible because I’d be thinking: ‘My God, I have to finish the book. I’ve only written four pages when I should have written 40.’”

It’s anxiety-inducing when you feel guilty for each moment you’re not writing. Martin also lamented the lack of anonymity he has now, thanks to his worldwide fame, as well as the intimacy he had with his fandom back before GoT became a worldwide phenomena. Whereas Martin used to personally attend fan gatherings and parties, now, that’s impossible. “I don’t want to go to a party where an unending succession of people want to take selfies with me,” Martin explained in the interview, “because that’s not fun the way it was in the old days. That’s work.”

When you’re a celebrity, everything is work. The same is true of going to a bookstore—he can’t go anywhere literary without fans recognizing him and that becomes work too. Personally, I’ve never talked to George, but I’m reminded of a moment during San Diego Comic-Con, several years ago. As I was charging my phone in a lobby, I looked up to see Martin walking by—with at least a dozen people following eagerly after. Another person just yelled “Kill them all!” and while it was funny, I can also imagine how draining it might be for that to be your everyday experience, especially for us introvert writer-types.

It’s a bummer, to say the least, especially because the quality of Game of Thrones, the show, markedly decreased once the it ran out of story from Martin’s novels, and Martin himself ceased to write for and be directly involved with the show. In a famous meeting between seasons, Martin laid out for showrunners D.B. Weiss and David Benioff the final verses of the Song of Ice and Fire, including several major plot points (one of which was the death and origin of Hodor).

The result was an end to the show that will probably hit many of the same plot beats of how the novels will end, but without the structure and buildup of Martin’s storytelling that the earlier seasons had to build from. Weiss and Benioff’s final season showed they were masters of craft and filmmaking, but not so great at developing or maintaining the complex narratives and characters that were Martin’s signature (RIP Dany and her character development). So now that the show is over, Martin is in a very different position, though perhaps equally unenviable.

All writers have different opinions on spoilers, and that’s fine, but it can’t be easy to have millions of folks discussing and trashing the end of a series of books that you haven’t even finished writing yet. When it comes to fan theories (some of which, like Jon Snow’s parentage, have been confirmed on the show), Martin doesn’t engage. “I took myself out of all that and let fans have their theories, some of which are right and some of which are wrong,” Martin said. “They’ll find out which when I finish.”

And when he finishes, he won’t let the fan furor over the show’s end affect him. When it comes to the books and the shows, “they’re not the same thing, although they are very closely related to each other,” Martin explained. And massive disappointment over the saga’s onscreen conclusion won’t sway him in his planned ending. “Rick Nelson says in Garden Party, one of my favorite songs, you can’t please everybody, so you’ve got to please yourself.’”

Let’s hope that, now that the air has been let out of the Westeros balloon, Martin will feel less pressure to finish and will eventually give us a worthy conclusion to this story that will please someone … because we certainly still need it.