When the Girl Next Door Is a Fly: How The Buzz on Maggie Trashed Gender Stereotypes 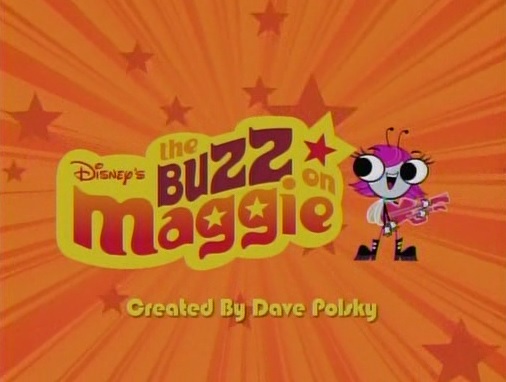 via The Disney Wiki

Throughout history, women have been associated with insects in the public imagination for many reasons: To compare their beauty, as in the world “ladybug.” Queen bees and ants are invoked to portray women with power over men as cruel and inhuman. What distinguishes The Buzz On Maggie, a short-lived Disney Channel animated series, is not the medium but the message: Its girl protagonist is a fly, living with other insects in a town made of garbage, to say that girls can be just as gross as anyone else. The Buzz on Maggie is a coming-of-age story set in a world of anthropomorphic insects. As the show explores these sometimes dissonant motifs—insects and girls growing up—they can suddenly add up to more than the sum of their parts. 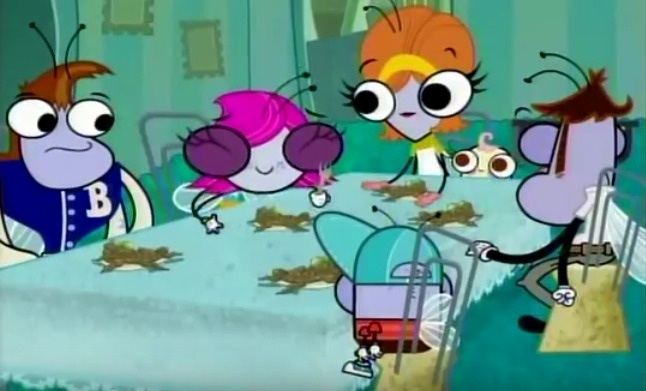 “These spoiled eggs are delicious, mom!” (image via YouTube)

The show’s visuals were as unique as its stories. The art style of The Buzz On Maggie combined elements of anime, psychadelic imagery, and early American animation. The result is practically avant-garde. As if that visual vocabulary wasn’t vast enough, the show also featured character designs by Jorje Gutierrez, the creator of Nickelodeon’s El Tigre and director of the film The Book of Life. Gutierrez’s work adds regular splashes of Latin style to the show’s already vibrant imagery. There’s another name in the credits you might recognize from elsewhere: Series creator Dave Polsky also wrote for My Little Pony: Friendship is Magic, while Time Squad creator Dave Wasson directed the series and designed its lead, Maggie Pesky.

Maggie is literally a garbage-eating insect—just like her father, her brothers, her mother, and her best friend. Being a fly is a unique comment on Maggie’s gender precisely because it doesn’t set her apart from the show’s male characters as more delicate or beautiful, or fearfully powerful. Woman-as-insect, a device so often used to reinforce gender stereotypes, undermines them here instead.

This thoughtful perspective continues into storylines about Maggie interacting with other species of insects. There was seemingly no avoiding the cocoon, that iconic symbol of transformation. But it plays an unexpected role in the episode “Metamorpho Sis”: to dramatize growing up as a state of mind as well as body. 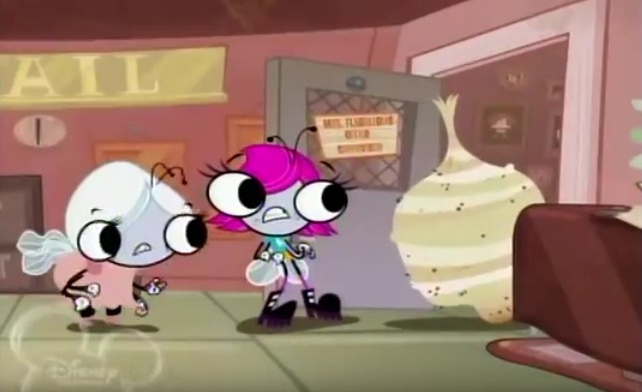 In “Metamorpho Sis,” Maggie becomes mentor to Carmella, a girl who is stuck in her “cocoon phase.” Not coincidentally as we find out, Carmella’s physical cocoon reflects an emotional state caught between childhood and adulthood. Carmella expects to be doted on, but then lashes out for being made to feel dependent. Eventually, Maggie is moved to show her little sister some tough love. Accepting Maggie’s criticism and reflecting on her attitude causes Carmella to emerge from her cocoon. “They create the impression that you actually have wings that tuck under tastefully!” image via YouTube

This theme of insect attributes representing real-world attitudes carries into another thoughtful episode, “Ladybugged.” A posh ladybug student named Lacey is selected to plan a school dance. To accommodate the dance’s “black spot” dress code, Lacey creates false ladybug wings for fly students to wear over their natural wings. This simple metaphor could represent a number of real life issues: Conflicts of class identity (given the play on the phrase “black tie”), growing up too fast (as Lacey promises her classmates a sort of sophistication that her classmates can only simulate), and of course, exclusionary beauty standards. Whatever the false wings represent, they certainly disagree with Maggie’s values. In a passionate speech at the end of the episode, Maggie implores her fly classmates to love their own bodies and join her in declaring, “I am a fly!” 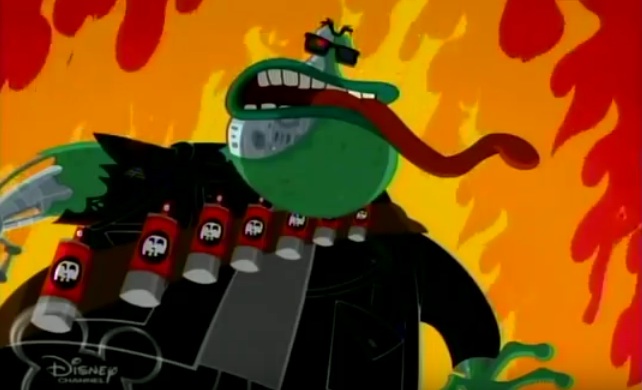 “Flyinator 3 is rated FM, for Fly Mature.” image via YouTube

In addition to expressing complex ideas through metaphor, The Buzz On Maggie uses its insect theme to add touches of whimsy. The protagonist of The Flyinator, a violent action movie Maggie’s parents forbid her from watching, is a frog. In another episode, Maggie’s family is forced to evacuate their home due to a natural disaster: A foraging raccoon. 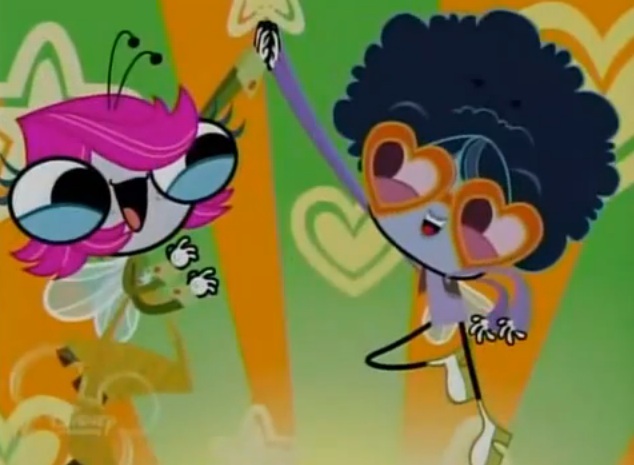 The Buzz On Maggie had a short run, with only twenty-one episodes, each featuring two eleven-minute segments. As there was no overarching storyline, you don’t even have to watch every episode to appreciate what the show has to offer. That small commitment represents a big opportunity: Your chance to experience a show with a look, a feel, a voice, like almost nothing else. “I’m strange and I like it,” the theme song goes. The Buzz On Maggie is definitely strange, and I like it—and chances are good that you’ll like it, too.

Casey Bohn is a writer and illustrator. She is a contributor to the film journal Weng’s Chop and her latest comic, Space Rope: Mars & Venus, is now available from Oily Comics.