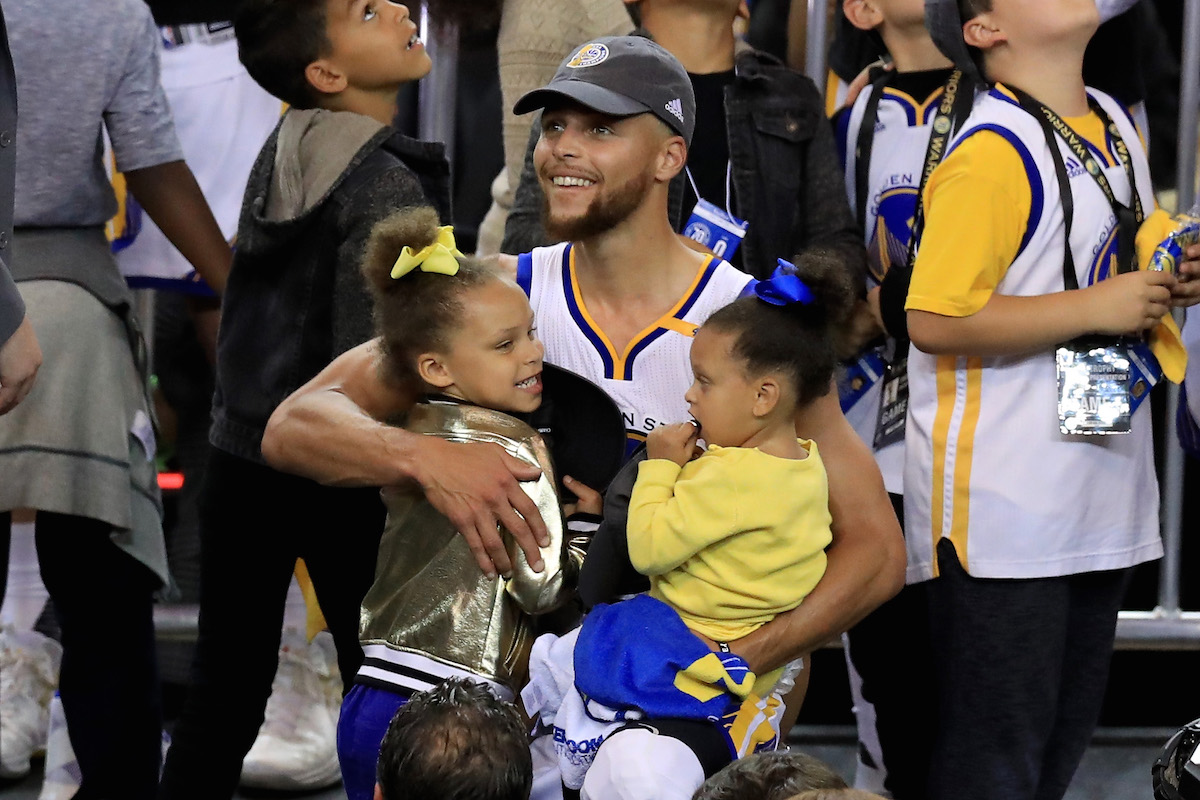 It’s a wonder that so many companies still insist on separating their clothing and other products based on gender. But while most companies may still be lagging, more and more parents and even kids themselves are speaking up about their displeasure.

The most recent example is a young girl named Riley Morrison, who loves Steph Curry and wants a pair of the customizable Curry 5 shoes, but is disappointed that they don’t come in girls’ sizes. She wrote a letter to Curry to tell him as much, and, amazingly, his response is everything she or the rest of us could have hoped for.

Nine-year-old Riley told Curry that she’s a “big fan” of his, but that she was disappointed to see that the Curry 5s, which she wanted for her upcoming basketball season, weren’t for sale in the girl’s section of Under Armour’s website.

“I know you support girl athletes because you have two daughters and you host an all girls basketball camp,” she wrote. “I hope you can work with Under Armour to change this because girls want to rock the Curry 5’s too.”

Thanks to Twitter, Curry saw Riley’s letter, and wrote back that since receiving her feedback, he’d been talking to Under Armor about how to rectify the situation. “We are correcting this now!” he wrote. He wrote that he was sending Riley a pair of Curry 5s, and that she’d be one of the first to get Curry 6s, and also promised to include her in “something special” for International Women’s Day in Oakland, CA.

All of that is an awesome reward for a young girl who stated her concerns about gender parity in such a bold way. But this isn’t just about Riley. Just a few hours after he posted his response online, customizable Curry 5s were available in girls’ sizes on Under Armor’s website.

The fight to de-segregate clothing, toys, and other kids’ merchandise based on gender has been in full swing the last few years. Public attention on the issue of gender bias in kids’ products has gotten a huge push thanks to Marvel/Disney’s continued mishandling of Star Wars merch, but the scope of the matter goes way beyond just that one property. Target, for one, has introduced a gender-neutral line of kids’ clothing, as well as gender-neutral search options on their websites.

And this is an issue that goes both directions. When Vans announced the release of a kickass-looking Captain Marvel high-top sneaker, a lot of fans were upset that they didn’t come in men’s sizes. While we can be grateful that girls are being included in these marketing efforts, the separation of genders doesn’t benefit anyone–not boys, not girls, and surely not even the companies themselves.