Geek Culture and Consumer Culture: Does How Much You Spend Affect Your Geek Status? 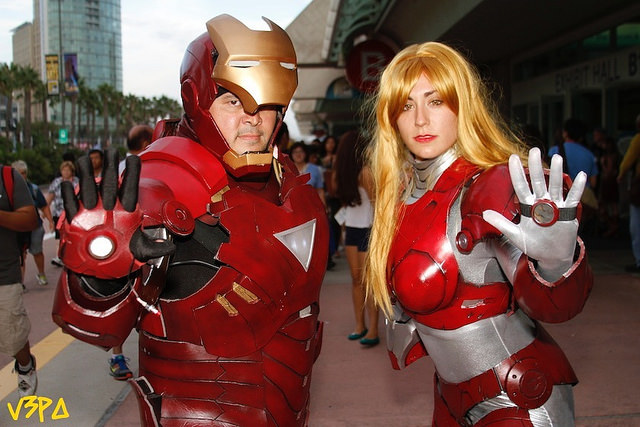 My fellow TMS editors and I recently had a conversation about martial arts and the significant overlap between “those who take martial arts classes” and “those who are geeks,” as apparently two of our editors each have a black belt in something, and those martial arts studies were inspired, at least in part, by their geeky pursuits. I told them that after I saw the first Teenage Mutant Ninja Turtles movie when I was a kid, I came home wanting to “nun-chuck” everything in sight. I would’ve killed for martial arts classes! But my family couldn’t afford stuff like that.

That conversation had me thinking about my own relationship with geek culture over the course of my life, and how so much of it was dictated by what I could afford. I took science fiction books out of the public or school libraries when I was a kid, which is how I read The Martian Chronicles when I was ten and pooh-poohed The Hobbit that same year. I was more into cartoons and sci-fi shows on TV than I was into the now-classic sci-fi and fantasy films that were coming out at the time, because going out to the movies wasn’t a luxury I was afforded often, let alone multiple times for one movie.

Today, when I reveal to fellow geeks that I’ve never seen things like The Neverending Story, or that I didn’t see things like Star Wars or Labyrinth until later in life, I always get a surprised gasp. Usually, the people in question saw the movie several times in theaters when it first came out, then were able to purchase the film on VHS (dating myself, much?), as well as buy all the merch. Most of the 1980s and 1990s genre films I saw at all were watched at friends’ homes, or when their edited versions finally made their way to broadcast television (my parents didn’t get cable until I was a junior in high school). My family taped movies off of TV, which is how I first (sort-of) saw Star Wars.

We certainly couldn’t afford a video game console, let alone several like some of my friends had, so any gaming I did was also in the homes of others. I remember being so addicted to Tetris that my best friend couldn’t get me out of her basement, because I couldn’t pry myself away from her NES. Not only was the game itself addictive, but I had no way to play it if I left. Nothing at home, and not enough quarters to go to an arcade. Personal computer? HA! Those were for rich people. So my only access to games like Where in the World is Carmen Sandiego? or The Oregon Trail or Remote Control (remember that had a game?) was either at school, or on friends’ PCs or Apple IIes.

Thinking about it now, I wonder how different my geek life would’ve been had I been able to purchase all the geek experiences I wanted. I never bought merch growing up – though I was randomly gifted a C-3PO shirt and a Gizmo doll in elementary school. I rarely bought books, so if the library didn’t have it, I didn’t read it. And I didn’t read comics, because I certainly had no reason to go to a specialty store to buy the type of stories I could read for free in Sunday’s newspaper when my dad would bring that home, or read cheaply in the Archie Digest comics I’d pick up whenever I’d accompany my mom to the drug store. 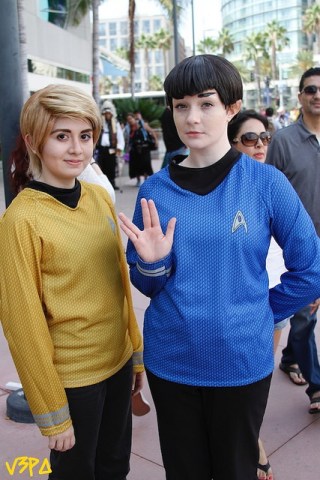 In order to become geeky about something, you have to be exposed to it in the first place. For someone like me who grew up female, Puerto Rican, and broke, there was very little access. I knew I was a geek, because of the stuff I liked (and the Alien Nation and Star Trek: TNG fan fiction I wrote), but it was difficult to develop a connection with fellow geeks – or later, with geek culture – because my family’s financial situation, coupled with my “girl-ness,” proved a barrier to my access into the community. Because I was female, few people thought to tell me about cool nerd things the older I got. Because my family was broke, I couldn’t afford to seek those things out for myself.

The barriers are fewer now, partly because I’m an employed adult and can choose to prioritize things like comics and books and films if I want, but also because I’ve made a career for myself that allows me to enjoy much of geek culture without having to pay for it.

I have yet to pay to attend a convention. I’ve always gone either as press, as a guest on a panel, or as help to a booth. While I’m grateful for having had those opportunities, the fact remains that if I weren’t a pop culture writer, I wouldn’t be able to attend these things. When I think about the thousands of people who attend SDCC or NYCC every year, I think about the ones for whom a comic con is their one big splurge for the year. The ones who possibly forgo other things to be able to attend and have the con experience. I think about the thousands more who would love to attend a comic con, but can’t afford it, and don’t have skills that would translate into a free badge.

Even as a fully-employed adult, the barriers still exist, because even with my employment, I’m not rolling in money. The only reason why I buy as many comics as I do is because I can legitimately write them off on my taxes because of my job. I only see a select number of movies multiple times: in the past decade or so they included Serenity (5 times), Star Trek (3 times), and The Force Awakens (twice so far). And I only own a handful of geeky t-shirts and toys, most of which were given to me as gifts, and the ones that weren’t, I thought long and hard about buying them. And forget about stuff like cosplay. Even if I had a crafty bone in my body, I couldn’t afford the materials needed, nor could I afford to pay someone to make me something. The one and only time I did – it was a Dalek dress – I ended up trading for it.

Is it any wonder that many of the trappings of geek culture are only accessible to those who are predominantly white, male, and middle class? Women and people of color are often paid less, yet it feels like one has to constantly spend money in order to effectively participate in the geek community, which is really sad. It isn’t just the inherent gender and cultural bias in geek content or at geek conventions, but the wider problem of income inequality, particularly among women and people of color, that determines the demographics of those who identify as part of the geek community.

Thankfully, there are efforts like Con or Bust, a scholarship fund designed to allow more geeks of color to attend SFF conventions. Still, I wish that fellow geeks wouldn’t look at my gadgets and be like “Why don’t you get an iPad?” (wanna buy me one, home fry?), or look at me when I say I’ve only seen The Force Awakens twice as if I’ve somehow failed, then one-up me by telling me you’ve seen it upward of five times. Being a geek isn’t about what you own, how many times you’ve seen a thing, or how expensive your cosplay is. It’s about the love. Or, at least it should be.

What say you, broke geeks? Do any of you feel like your financial situations have limited your participation in geek culture? How? Or do you disagree entirely? Let’s talk about geek culture, consumer culture, and class in the comments below!