Gamora Lipstick Memes Are Cracking Us Up | The Mary Sue

These Gamora Lipstick Memes Are Cracking Us Up

We're here for all the Avengers: Endgame memery. 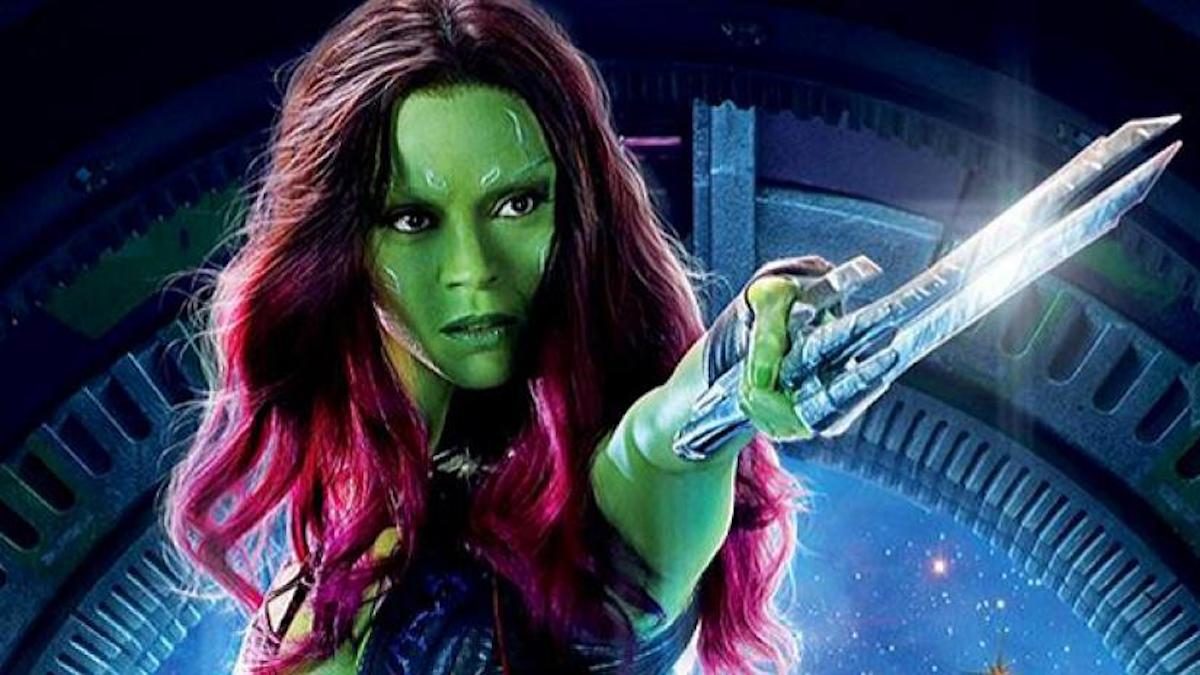 I think we can all agree, collectively, that Gamora deserves better. The daughter of Thanos is a badass warrior and compelling female lead (in fact, the only female in the Guardians of the Galaxy, until Mantis shows up). Yet she is often underutilized and was tragically fridged by her father in Avengers: Infinity War to obtain the Soul Stone. Luckily, there are some new Gamora memes that put her in the spotlight.

But as we’ve seen in Endgame, alt-timeline Gamora is out there somewhere, and the Asgardians of the Galaxy will likely spend Vol. 3 chasing her down and recruiting her back into the team. It will be interesting to see how New Gamora is different (if at all) from her predecessor, and how her relationship with Peter Quill and the gang will unfold.

In the meantime, Zoe Saldana shared a video of herself putting on lipstick in full Gamora make-up. The video quickly inspired a rash of memes. Here’s the original:

And here are some of our favorite Gamora lipstick memes, aka sassy green things getting ready for their close-up:

lettuce getting ready to give people e coli pic.twitter.com/70bK153LxA

Money getting ready to leave my bank account pic.twitter.com/APFVZD0j8Z

Spinach getting ready to be eaten by Popeye every episode #Gamora pic.twitter.com/eoOOG9EPUD

When you finna save the world, but you heard Star-Lord might be showin up 🎥 @zoesaldana #AvengersEndgame #Gamora pic.twitter.com/mllAX6rIz3

the giant piece of broccoli waiting for me at the bottom of my curry fried rice pic.twitter.com/tgSILAtbNZ

Pickles right before getting removed from a hamburger. pic.twitter.com/JsuyW8zhNq

spinach getting ready to expire on my way home from the grocery store pic.twitter.com/Z3UkerYmC4

My arugula-kale blend base getting ready to cost me $14 at Sweetgreen pic.twitter.com/fGNoUj63bV

Elphaba getting ready to steal Fiyero from Glinda pic.twitter.com/gq4vvrvubK

Weed getting ready to show me a good time https://t.co/4GRJO3wIug

Even outside of this delightful meme, there’s some solid Gamora-based Twitter jokes out there:

gamora: so i was taken as a child and was forced to become an assassin
nat: NO WAY??? ME TOO GIRL
gamora: YOU TOO? AND THEN I DECIDED TO LEAVE THAT LIFE BEHIND AND JOIN A GROUP OF IDIOTS. I BECAME GOOD AGAIN
nat: I DID TOO??? ARE YOU MY LONG LOST TWIN?

2014 gamora when she found out she fell in love with starlord in the future pic.twitter.com/YSeZTX7eub

We stan our green goddess, here’s hoping to see her kick some more ass in future Marvel films.