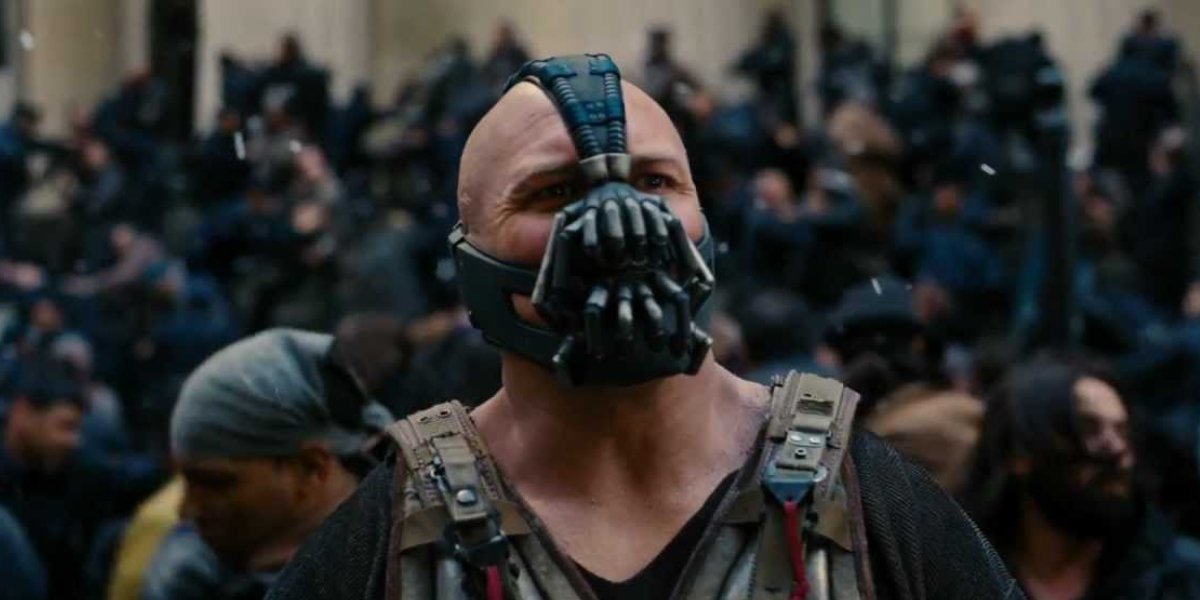 2021 is starting to look an awful lot like Christopher Nolan’s 2012 film The Dark Knight Rises, and it’s not just because we’re all wearing masks. The GameStop stock market saga led by subreddit WallStreetBets, is essentially a crowd-driven stock market manipulation designed to make cash and stick it to the Wall Street hedge funds. The scheme has grown so popular that it has caused trading apps like Robinhood, TD Ameritrade, and Charles Schwab to crash. Now, Robinhood has shut down the purchasing of hot stocks like GameStop and AMC (you can only sell), prompting furious outcry from users.

Either @RobinhoodApp allows free trading like they say they do or they die. It’s really that simple. #ddtg pic.twitter.com/ZHfTjLxV5h

Of course, Wall Street firms and hedge funds have been manipulating the stock market for years, but now that the proletariat are playing their game, these finance bros are furious. Even politicians are tweeting about the hypocrisy coming from these companies, barring casual traders from doing the very same thing that hedge funds and firms do. It’s the height of irony that a company like Robinhood, named after a legend who steals from the rich and gives to the poor, is now blocking the poor entirely.

This is beyond absurd. @FSCDems need to have a hearing on Robinhood’s market manipulation. They’re blocking the ability to trade to protect Wall St. hedge funds, stealing millions of dollars from their users to protect people who’ve used the stock market as a casino for decades. https://t.co/CGkJxVfzkv

Inquiries into freezes should not be limited solely to Robinhood.

This is a serious matter. Committee investigators should examine any retail services freezing stock purchases in the course of potential investigations – especially those allowing sales, but freezing purchases.

Throughout the past few days, I can’t help but think of The Dark Knight Rises. The final chapter in Nolan’s trilogy finds Gotham 8 years after the death of Harvey Dent. With Batman seemingly retired, crime has largely been eradicated. But the original sins of Gotham still loom large: massive wealth inequality, a power vacuum, and the Big Lie of Batman’s villainy/Harvey Dent’s “heroism” loom large.

It’s in this world that Selina Kyle makes a living, robbing the wealthy and manipulating the rich gross men of Gotham into giving her access to their money. In a particularly prescient scene from the film, Anne Hathaway’s Kyle tells Christian Bale’s Bruce Wayne, “There’s a storm coming, Mr. Wayne. You and your friends better batten down the hatches, because when it hits, you’re all gonna wonder how you ever thought you could live so large and leave so little for the rest of us.”

When Wayne asks if she’s looking forward to it, she warns him, “I’m adaptable,” implying that he and his fellow Gotham billionaires are not. And she’s right. When Wayne’s business rival John Daggett (Ben Mendelsohn) buys Wayne’s fingerprints off of Selina Kyle, he hopes to take over Wayne Enterprises. But instead, Bane uses the fingerprints and attacks the Gotham Stock Exchange. He bankrupts Wayne, but he also kills Daggett. Bane isn’t interested in playing the market: his goal of the destruction of the 1 percent, followed by the destruction of Gotham.

In a particularly memorable moment, Bane puts his hand on Daggett’s shoulder, asking him, “Do you feel in charge?” Metaphorically, that’s exactly what r/WallStreetBets is doing: they’re playing the billionaires at their own game, only with no murder and slightly less mayhem.

As Bane’s takeover of Gotham ensues, he exhorts the citizens to “take control” of their city. And in a way, that’s what these short squeezes are doing. It’s everyday people taking a little bit of that economic power for themselves, after feeling so helpless for so long. This is not to say that these stonk traders are any sort of evil or Big Bad or terrorists. They’re decidedly NOT Bane. They’re us. The people are rising up, and they have righteous motives to do so. They are also desperate, after a year of a brutal pandemic with zero help from an uncaring government.

These frustrations are born from sincere struggles. While Bane exhorts revolution and martial law, he is also lying to the people of Gotham. He doesn’t want a successful revolution, only the quickest path to societal breakdown and the obliteration of Gotham.

Later in the film, Gary Oldman’s Commissioner Gordon tries to explain his disillusionment to rookie cop John Blake (Joseph Gordon-Levitt), saying “There’s a point, far out there when the structures fail you, and the rules aren’t weapons anymore, they’re… shackles letting the bad guy get ahead. One day… you may face such a moment of crisis.”

You guys understand how manipulated this game is?

To daytrade stonks & take profit, you legally must have $25,000 in your account. Wonder who they paid to pass that regulation.

They don’t want to let us into trading.

Wall Street’s reckoning is coming, not from Bane, but from frustrated and angry Americans tired of the rich always winning. When Bane storms the Gotham Stock Exchange, a trader sneers at him, “This is a stock exchange. There’s no money you can steal.” Bane counters, “Really? Then why are you people here?”

The truth is that wealth inequality is the cause of so many of our problems and struggles, and the only way to move forward is equity. We’ve all been fed a lie that success is just around the corner, that if we grind ourselves down with relentless work and struggle, we’ll be rewarded. But those rewards only come to the rich and powerful. And in manipulating the stock market, these redditors have revealed how artificial and malleable our idea of wealth is. The curtain has been drawn back, and the truth has been revealed. As Alfred Pennyworth says, “Maybe it’s time we all stop trying to outsmart the truth and let it have its day.”