E3 recently passed and featured a decent showing of games with either exclusively female leads, or games that included the option to choose between a man and a woman. Maybe that’s a sign more companies are listening to all the players who are asking why games can’t be more inclusive. Still, there are plenty of companies that don’t seem comfortable giving players more options. Maybe that discomfort is fear that female characters wouldn’t sell, or preconceived ideas of what roles women can have.

Regardless, it’s good to remind big name companies that if they won’t give players the diversity they want, plenty of indie companies are willing to profit off missed opportunities. Spiritual successors to old series are becoming more common, and indie developers are willing to show off unique character roles. Here’s a diverse handful of indie titles that have already achieved financial and critical success, or are poised to do so soon. These are women of all sorts, from tough and fearless, to unashamedly girly. Not all of them are totally positive depictions, but whether they are warriors, explorers, or mothers, the thing they all share is proving there’s no reason more companies can’t feature female protagonists.

Bloodstained: Ritual of the Night

Koji Igarashi originally pitched this to publishers as a continuation of his Castlevania series, but there was skepticism it would sell. Igarashia put it on Kickstarter to prove the series still had fans, but he also did what no other Castlevanias on major systems did, and made a woman the main character. Since Castlevania games apparently aren’t popular, and female characters aren’t considered marketable, clearly it’d be a tough sell.

Bloodstained’s $500,000 goal was met on its first day. By the Kickstarter’s end, more than ten times that had been pledged, making it the most funded video game ever on Kickstarter at over 5.5 million dollars. It’s currently one of the top ten most funded projects period.

The game won’t be released until 2016, so it’s impossible to judge how well Bloodstained’s Miriam is portrayed, but it’s great to see fans supporting her so enthusiastically so far.

Ori and the Blind Forest

This one’s kind of a cheat; Moon Studios is an independent developer, but Microsoft published Ori and the Blind Forest. This is a metroidvania with some Shadow of the Colossus vibes to it, where you play as a glowing…lemur? It’s not clear what Ori is, even in terms of gender. The game never gives Ori a pronoun, and the developers have used “he” and “she” to describe Ori (I always assumed female). 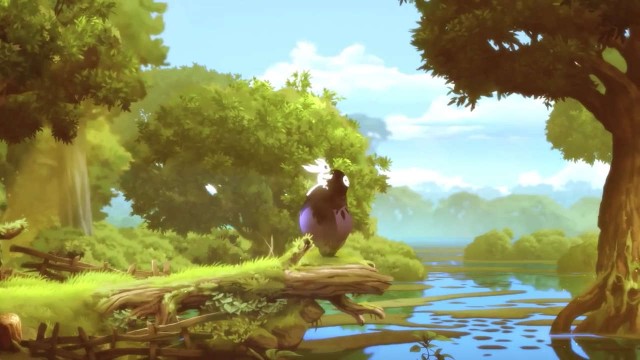 Regardless, the game still undeniably focuses on female characters in a seldom shown way with its central theme of motherhood. Instead of destruction, the goal is to restore the balance of nature. Combat comes secondary to a world of challenging puzzles that wind up being a testament to the impact a mother’s love can make.

The makers of Bastion give us this sci-fi follow up starring a woman named Red, a singer with a big-ass sword who has had her voice stolen. Which is ironic since, like in Bastion, this game has a very chatty narrator. The ending was honestly a bit questionable for me, but I can’t fault the imagination put into the world. And fortunately Transistor also shares its predecessor’s quality for pleasing critics. 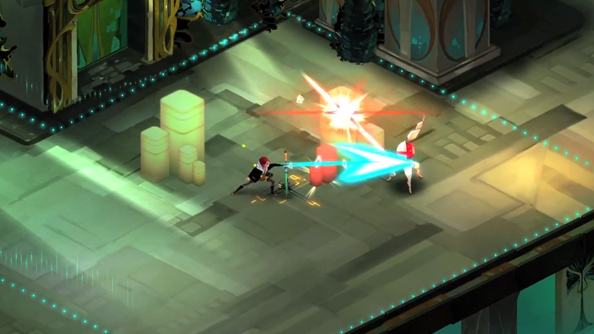 Even if you’re not a fan of top down RPGs and smashing up robots, you’ll probably still enjoy the music. As you’d probably expect from a game starring a singer, the soundtrack is a pleaser and was nominated for multiple awards.

Another upcoming title, Hellblade has the potential to do some interesting things with how mental illness is portrayed. Or it could just be an excuse to make scary demon monsters. But hopefully the former! 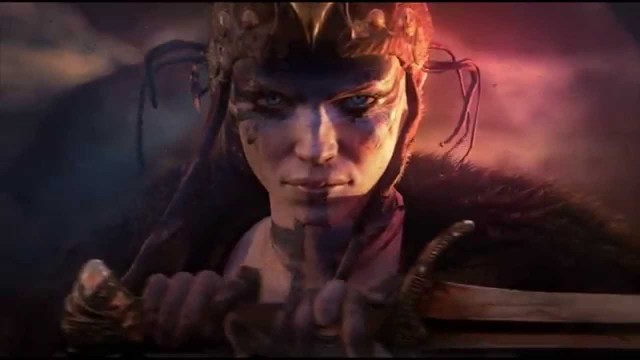 All we know so far is the main character is named Senua, which may or may not mean she’s the Celtic goddess of the same name, and she is a warrior who experiences horrific hallucinations. It’s hard to even pin down what gameplay style it’ll be, but the subject matter definitely has me and many others intrigued.

Naija and her underwater world are a bit reminiscent of The Little Mermaid, albeit with less Jamaican crabs. Naija does have a male love interest who comes from above the water, but it’s she who saves him during the journey. The relationship between the characters is also unique since female protagonists in games aren’t often given romantic partners out of fear that it’ll make male players feel awkward. 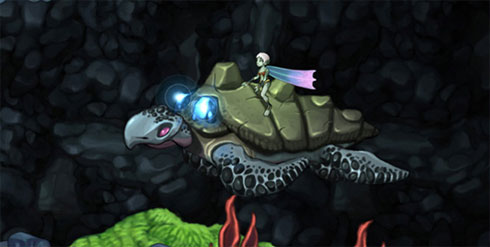 Broken Age is the Kickstarter project of Tim Schafer, the mind behind Grim Fandango and Psychonauts. The cartoony, imaginative story alternates between Shay, a boy stuck on a spaceship infused with parental artificial intelligence, and a girl named Vella, a denizen of a food-obsessed town that gets her wrapped up in a plot reminiscent of The Lottery (except with less stoning and more eating.) 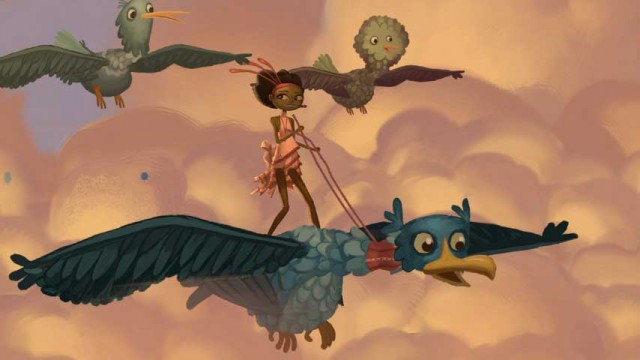 Though massively successful video game Kickstarters seem commonplace nowadays (hi, Shenmue 3) Broken Age actually was an early trendsetter. The point and click adventure game blew past its funding goals and helped solidify Kickstarter as a viable option for indies. It certainly doesn’t hurt that a female protagonist got to be a part of that success.

Some people dismiss Gone Home as “not a real game.” As you’re wandering through the 90s nostalgia of the game’s empty house, you’ll probably be so conditioned into expecting something to jump out at you, or to hear weird noises in the dark of something that would probably want to eat you. Gone Home isn’t about that. There’s nothing to distract you from the emotion and characterization of the game’s story. This isn’t about surviving and gaining experience points. It’s about feeling.

Even if you prefer something with more challenge, trying to boot Gone Home out of the video games category is silly. We don’t discuss a board game’s worthiness of being called a game. People enjoy both Chess and Hungry Hungry Hippos without getting all elitist and calling either something for casuals, or not a real game. Gone Home being different from other games is what makes it praiseworthy. 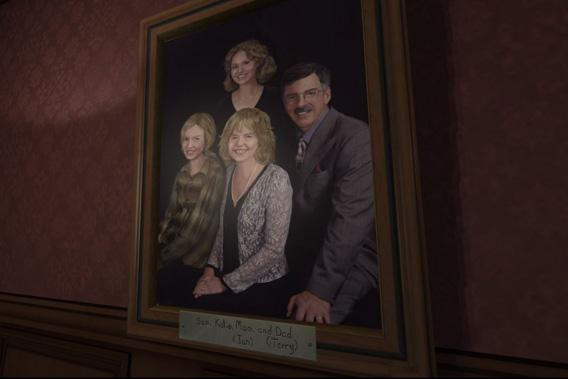 Gone Home is a game with emotion. It’s a game that can make you care about characters you never even get to meet in person. And best of all, it’s one of the first games we’ve seen with a lesbian romance that, without spoiling anything, subverts a lot of tired clichés surrounding homosexual characters.  It’s not going to get your pulse pounding with adrenaline, but not every game needs to be that. There’s room in the medium for all sorts of play styles, and this one’s a nice break from the typical first-person style adventures. Several critics called Gone Home their game of the year, and didn’t even complain about the lack of shooting hundreds of people in the head.

Because Castlevania and Aladdin obviously go together, we got Shantae, a fun platformer series starring a genie belly dancer. Looking beyond the exotified skimpy clothes, Shantae actually brings some great diversity to the table. Not only is she an exclusively female lead, but she’s a teenager, as well as a brown-skinned girl of (fantasy) middle-eastern descent. I honestly can’t think of any other game protagonist that checks all three of those boxes of representation.

While risqué jokes, revealing outfits, and lots of big boobs are absolutely there, Shantae’s personality also does many things right. Unlike most genies, no one commands her. She uses her magic for herself, and when someone attempts to control it, she destroys her magic rather than have it used against her will, proving just as competent an adventurer without special powers. Even her belly dancing, while silly, is about her own empowerment by allowing her to shapeshift.

Shantae’s also a rare heroine who is unapologetically feminine. She’s sassy and likes being cute, but isn’t ditzy or helpless. She also kicks ass and saves the world, but is never the “exceptional woman” who scorns other girls as weak, which is a huge breath of fresh air (d’aww, but only gritty loners are cool and original, right?). Loving her friends (most of whom are female) and fighting for and alongside them is her strength. 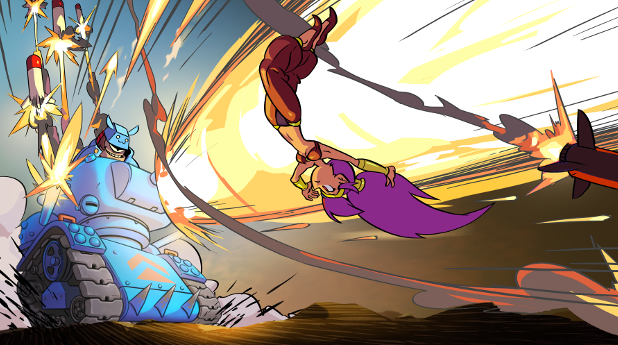 Shantae not being more hardened or provocative is actually why she went indy. “We had many, many battles early on and lost,” creator Matt Bozon told Girl Gamer. “But we stuck to our guns and never made Shantae the 2nd playable character next to a male hero (it was suggested many times).” Now she’s having success with the recent Shantae and the Pirate’s Curse, her next game is around the corner, and she’s a popular contender in the Super Smash Bros ballot to be a DLC character. By Wayforward Technologies refusing to push Shantae aside, she became their refreshingly girly mascot.

Not much is known about this game yet, but what we’ve seen so far looks great. This is a first-person puzzle game set in outer space where you control a female astronaut navigating zero gravity physics. So basically a playable version of Gravity? It’s only a few months from release, and while there’s no telling how good the final product will be, it certainly looks promising. Plus it supports Oculus Rift use, so you can finally live out the dream of tumbling through space with ever depleting oxygen. Yay! 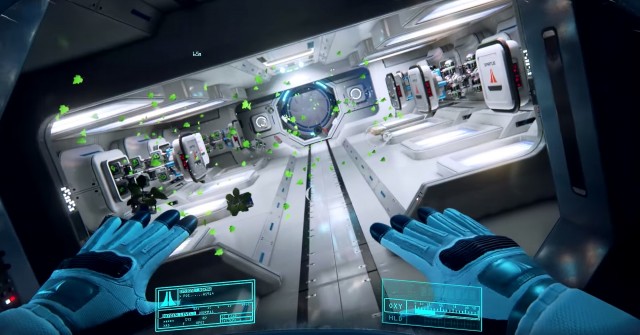 And just in case you couldn’t get enough of antigravity in outer space, Tacoma is set to come out in 2016. There’s really nothing I can say about this that I didn’t already say about ADR1FT, but hey, it’s being made by the people who made Gone Home, so at least we know they’re capable of interesting, emotional stories. 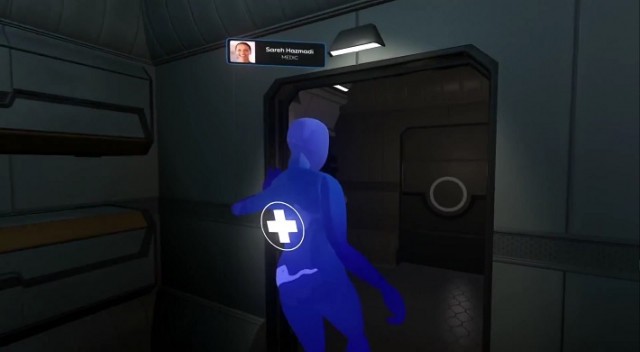 Getting too deep into it would spoil the mystery, but though Her Story initially appears to be the story of one woman, it actually involves three women with very unique perspectives. The game begins with what appears to be a woman suspected of murdering her husband. It’s admittedly not the most positive role to be the focal point. Thankfully though, regardless of the guilt or innocence of the suspect, she’s treated with complexity. Her Story isn’t about any gory flashbacks. As the game’s name indicates, it’s about piecing together the truth of the story through a series of interrogation videos. Think Night Trap in the FMV style…except not terrible and no vampires. 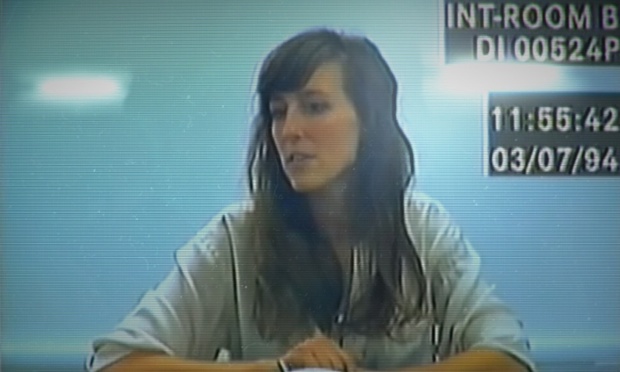 The simple game is a good example of how a story can deal with the subject of violence without making the player enact it. Regardless of the mystery’s outcome, there is sympathy to be found for the characters involved. The story takes some dark turns, but some surprising twists do shed light on some good as well.

Crypt of the NecroDancer

Crypt of the NecroDancer is the long overdue union of Diablo and Dance Dance Revolution. No one asked for it, but I’m glad to have it. The story is as simple as controlling the adventurer Cadence as she fights through crypts to rescue her family. The premise is silly, but also very unique and challenging: just beat down some monsters while moving to the beat of each dungeon. 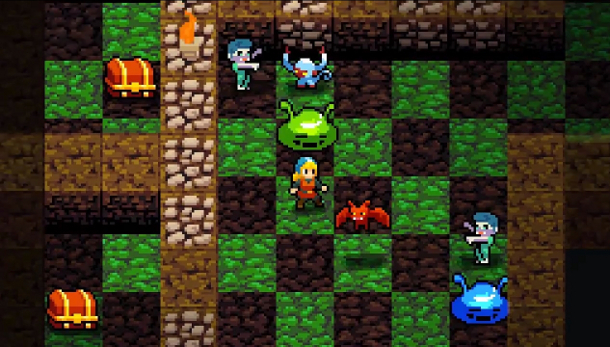 Rogue dungeon crawlers have been rare for a while now, so for a newcomer to the genre to get as much attention as this has is impressive.

Chris Isaac (@thechrisisaac) is a freelance writer and journalist residing in Philadelphia. He’s written professional things about social issues and media for places like The Philadelphia Inquirer, and USA TODAY College. He also writes fiction that you’ll totally want to read once some of it actually gets published — it contains pirates and unicorns, so you know it’ll be awesome!