That Gambit Film Has an Actual 2016 Release Date, Chere 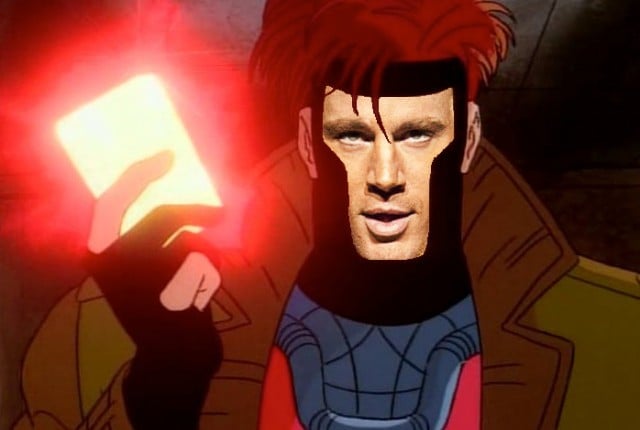 If you’d forgotten about the fact that we’re getting a Gambit movie—well, first of all, you clearly haven’t been following certain members of the TMS editorial staff on Twitter. But there’s no escaping it; Channing Tatum will hitting big screens as the ragin’ Cajun on October 7, 2016.

Tatum confirmed the news by tweeting about it:

The script by RoboCop‘s Joshua Zetumern will be based on a treatment written by Chris Claremont and produced by Lauren Shuler Donner. Though 2016’s X-Men: Apocalypse will be set in the ’80s, there’s no word on when in the wacky current X-films movie timeline the Gambit film will take place. And say what you will about Tatum not being good for the role, but I admit I’ve been sold on him since he admitted to being such a huge fan of the character.

But if I’m being realistic, all I really want from the Gambit movie is this: