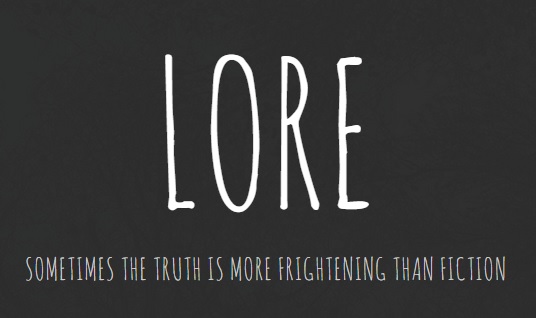 If you’re a fan of the popular true-horror podcast, Lore, get ready for some exciting news! The Walking Dead Executive Producer Gale Anne Hurd and Ben Silverman of Propagate Content will be adapting it as an anthology series for television.

For those who don’t know, Lore tells true, thoroughly researched horror stories that delve into the origins of the things that scare us most. Hosted and researched by Aaron Mahnke, the podcast has garnered over 2 Million monthly listeners since its launch in March 2015, and is now up to 32 half-hour episodes and counting.

Meanwhile, the show will be an anthology series much like Black Mirror where, rather than having a season-long story that changes every year, it will be a true anthology where every episode tells a different story, perhaps unified by a season-long theme, unlike shows like American Horror Story or True Detective. According to The Hollywood Reporter, “The anthology will, like the podcast, offer a blend of narration, historical mixed media and cinematically shot scripted scenes featuring top talent.”

Lore joins Serial as the latest podcast to be adapted for television, though there’s no word on when we can expect to see it yet. However, if you love history, urban legends, horror stories, or anything and everything in between, Lore may just be the perfect show for you!