Fuller House Is Coming Back Sooner Than You Think

Whatever happened to predictability? 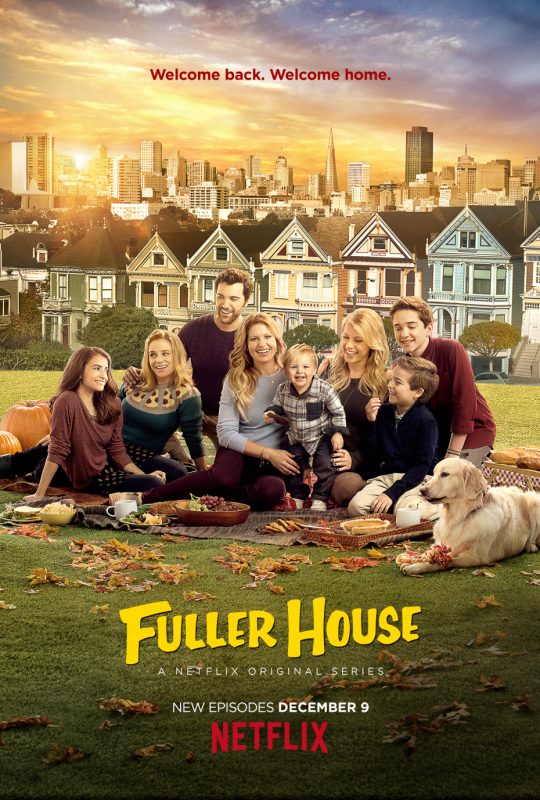 Depending on your view of the show, I come bearing good news about Fuller House. The second season is definitely on and you don’t have to wait a full year to see what’s up with Fuller-Tanner family. According to Deadline, the spinoff of the hit family sitcom will return on December 9. For those who celebrate Christmas, think of it as an early gift.

In honor of its fast approaching premiere, Netflix also released a new poster of the cast. Sorry, no Danny Tanner or Uncle Jesse or Uncle Joey to be seen because they aren’t a part of the main cast. Don’t worry! They’ll pop by for a visit this season, too!

The series follows DJ Tanner-Fuller (Candace Cameron Bure) who, like her father, is widowed and must raise three kids. Her younger sister Stephanie (Jodie Sweetin) and best friend Kimmy Gibbler (Andrea Barber) have both agree to live with her and help raise her young boys. They’ll have to deal with an even fuller house (see what I did there) due to Kimmy’s feisty teenaged daughter, Ramona.

Expect to see more familiar faces pop up, and no, Michelle Tanner won’t be making an appearance. “We’ve tried everything,” Jodie told ET, per PopSugar. “I think we’ve kinda given up.”

(via Deadline, image via Netflix)