The Refreshing Friendship Between Keeley and Rebecca in Ted Lasso 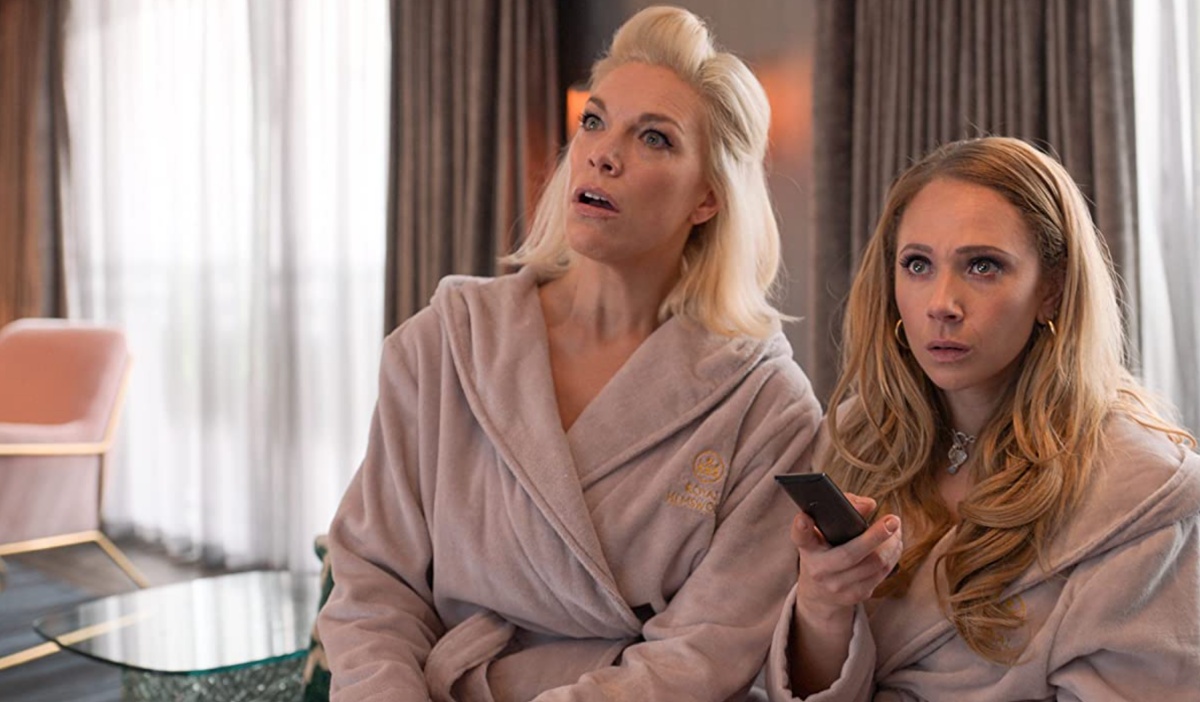 Apple TV+ series Ted Lasso is one of the shows that makes having the streaming service worth the money. Jason Sudeikis stars as the Ted Lasso, an American college football coach who is hired as the new manager of the fictional English Premier League soccer club AFC Richmond, despite having absolutely no experience with the game.

The boss, Rebecca Welton (Hannah Waddingham), starts off as a cold and enraged figure who wants to sabotage her ex-husband’s beloved team, but slowly, she thaws out because of the many people in her life—especially Keeley Jones.

At the beginning of the series, it can seem like Rebecca will be the primary antagonist for the entirety of its run. Everything about her blonde hair, piercing blue eyes, and crisp way of speaking pointed to ice queen. For the first few episodes, we see her actively trying to undermine Ted’s attempts, but then in episode three, “Trent Crimm: The Independent,” a blonde curveball gets thrown in her way: Keeley Jones (Juno Tempe).

Keeley is her own lovable bundle of subversions. At first set up to be the girlfriend of the star football player, Jamie Tartt, she instead becomes best friends with Rebecca through their mutual validations of each other. Both are women whose ties to toxic men have hindered their own emotional growth. Keeley keeps dating immature young men who do not take accountability, and Rebecca was so afraid of being alone that she stayed with a philandering husband (played by usually beloved Anthony Head).

In episode seven, “Make Rebecca Great Again,” we go to Liverpool and meet Rebecca’s childhood friend Sassy. What I loved about this is that, instantly, Rebecca, Sassy, and Keeley hit it off. There is no jealousy over who is the true best friend, which I feared for two seconds. It is just a big vibe and a reminder to the audience, and Rebecca, that she is more than an angry divorcée. What’s more is that, through her female friends, Rebecca is held accountable. Sassy tells Rebecca that, yes, her ex-husband was a big asshole, but she went with that asshole willingly.

When Keeley finds out that Rebecca was trying to sabotage Ted, she tells Rebecca to confess in a stern, but loving way. It isn’t dragged out for drama and leads to one of my favorite moments: Rebecca confessing to Ted, and him responding, “Divorce is hard.”

Ted Lasso has excelled so far at allowing everyone to be flawed but also asking for them to show accountability. I’d known from my many friends with excellent taste that it would be a fun show, but I had no idea that it would deliver one of my favorite female friendships of the year and introduce me to a new boyfriend with Roy Kent.

Seriously, if you want some quality feel-good television with great humor and performances, Ted Lasso is the way to go.