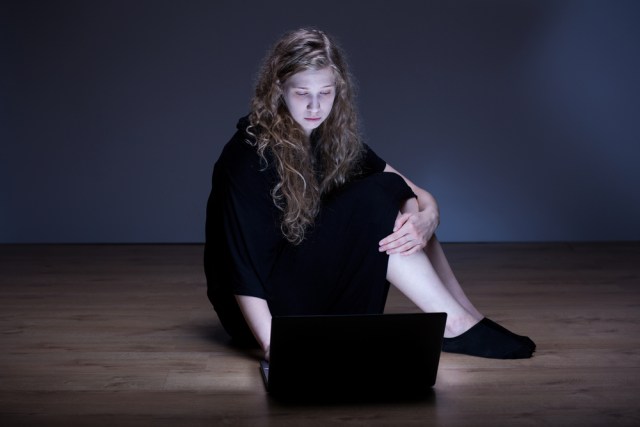 So apparently, according to this study run by Evolutionary Psychology Professor Robin Dunbar at Oxford University, you can only count on a small, small percentage of your Facebook friends. For those of us who have had our forays into the “vaguebooking” world, you may know exactly who these people are. For those of you who have been lucky enough to not dive into that world–and I hope you don’t have to–you’ve got some soul searching to do.

There is a cognitive constraint on the size of social networks that even the communication advantages of online media are unable to overcome.

His research broke down like this: he polled a random sample of 3,375 UK Facebook users in the 18 to 65 range, asking them how many of their Facebook friends they considered to be “genuine” friends. The first sampling of people responded that they considered 27.6% of their friends to be genuine (i.e., close).

Then the study goes one step further, asking people how many of their Facebook friends they think they can count on in an emotional crisis. The average answer? 4.1 people. Moreover, a lot of people think that they can expect sympathy from maybe only about 14 people.

Because I know you’re already doing it: how many friends do you have on Facebook? Do you know who those 4-5 people are? Do you know who the 14 people who would sympathize are? It’s hard to look at this study and not start immediately making comparisons. This is just how we work as human beings, as creatures who need each other for survival. It can be depressing to consider (so I’m sorry for bringing it up), but… it does help to know who you can count on, can’t it?

How about those of you with larger friend networks? It seems that you’re not necessarily at an advantage, unfortunately. The study states, “Respondents who had unusually large networks did not increase the numbers of close friendships they had, but rather added more loosely defined acquaintances into their friendship circle.”

You’ve likely felt this before: you get fatigued trying to keep up close friendships with so many people. There’s a limit to how many friends we can have and keep track of in our minds, and that’s just a hard fact about who we are. Dunbar suggested a quirky technique to improve the strengths of the friendships you do have, though (emphasis mine):

Friendships, in particular, have a natural decay rate in the absence of contact, and social media may well function to slow down the rate of decay. However, that alone may not be sufficient to prevent friendships eventually dying naturally if they are not occasionally reinforced by face-to-face interaction.

You mean… I have to go out there? *shudder*

(via Cnet, image via Shutterstock/Photographee.eu)