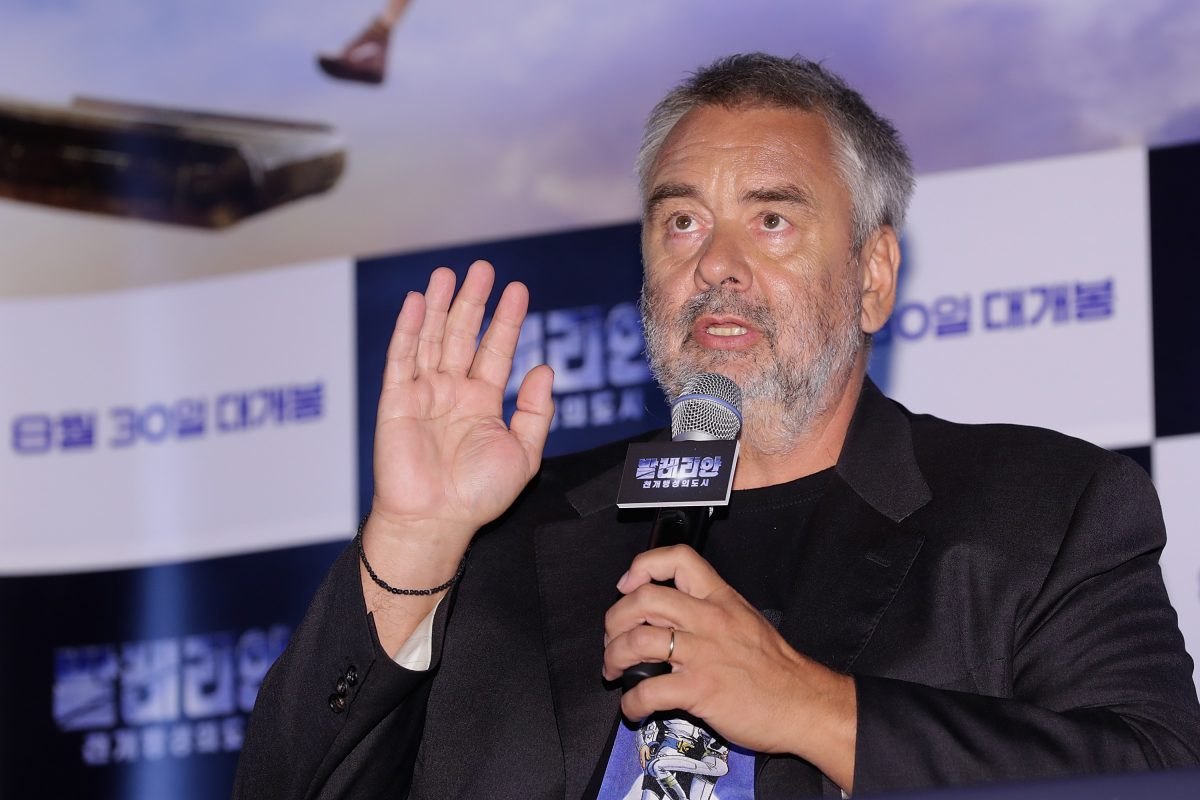 We would love to go just one day without reporting on yet another man in power accused of sexual harassment and assault. Today is not that day. Famed French filmmaker Luc Besson (Valerian and the City of a Thousand Planets) has been accused of drugging and raping an actress in Paris. The actress, whose name has not been released, filed a complaint with Paris authorities after the alleged attack last week.

The actress met up with Besson at the Bristol Hotel in Paris, where she was offered a cup of tea by the director, which was allegedly drugged. She woke up after the assault, and claimed that the director left a wad of money for her before departing the hotel. The actress, who has appeared in two Besson films, also noted that she had previously been in a romantic relationship with the director before the assault. She claims that she felt pressured into the relationship for the good of her career.

In a statement to the Associated French Press, Besson’s lawyer said “Luc Besson categorically denies these fantasist accusations. (The complainant) is someone he knows, towards whom he has never behaved inappropriately.” This is not the first time the Lucy director has come under scrutiny. Besson met his second wife, actress and director Maïwenn Le Besco, when she was 12, and began dating her when she was 15 (the age of consent in France). They married in 1992 and Le Basco subsequently gave birth to their daughter Shanna at just 16 years old (Besson was 32). When she turned 20, Besson left her for Milla Jovovich, who he met while filming The Fifth Element.

Besson’s relationship with Le Besco inspired his hit film Léon: The Professional, which centered on the friendship between a hitman (Jean Reno) and a young girl (Natalie Portman). Portman was 11 years old at the time of the filming, and her parents demanded that Besson make several changes to the script due to innapropriate and sexualized content.

If the allegations are proven true, Besson would be the most high profile French filmmaker to be accused of sexual assault. The #MeToo Movement has met some resistance in France, where cultural barriers have inspired a backlash to the movement. The outing and accusation of public figures is made more difficult by France’s strict libel laws. But things may be changing.

Last week, France’s lower house of Parliament passed new measures against street harassment, which could potentially fine harassers up to $885. While the bill is debated in the French Senate, the country’s Minister for Gender Equality Marlène Schiappa said, “There is some reluctance; some say we will kill the culture of the ‘French lover’ if we punish street harassment. But it’s the opposite. We want to preserve seduction, chivalry and ‘l’amour à la française’ by saying what is key is consent. Between consenting adults, everything is allowed — we can seduce, talk. But if someone says ‘no,’ it’s ‘no,’ and it’s final.”