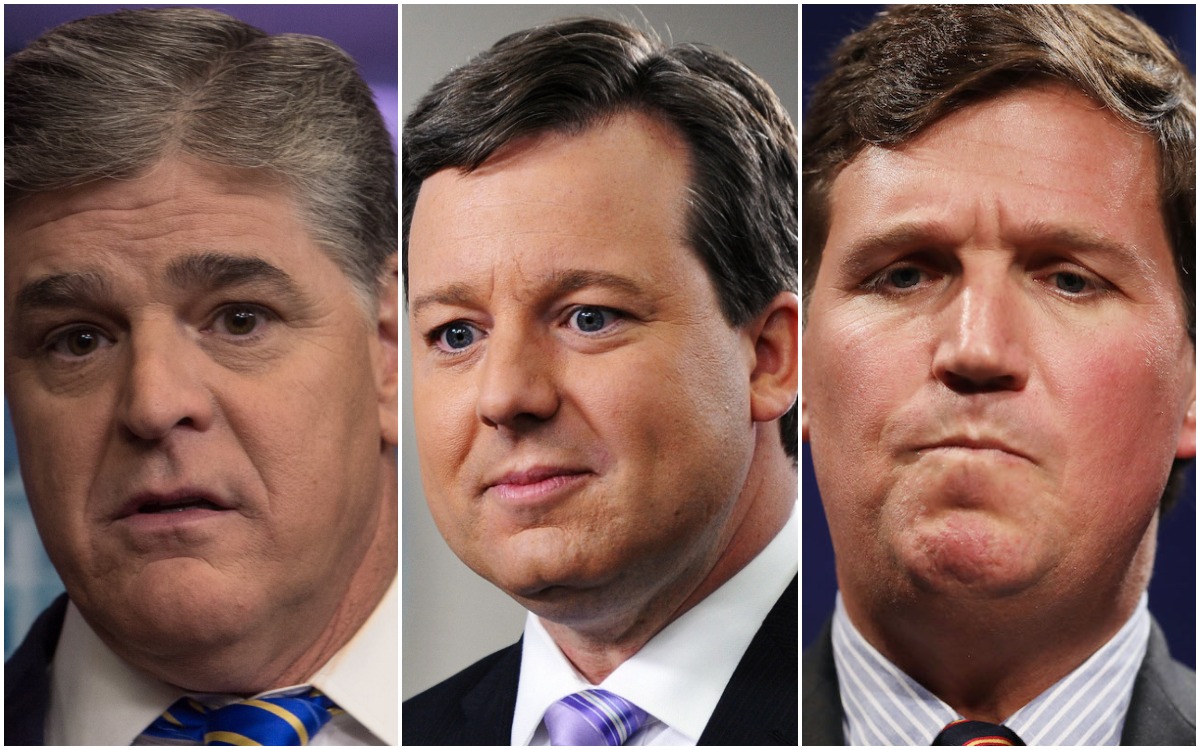 Over the last few years, Fox News has made some efforts to clean up its reputation as a cesspit of misogyny and sexual harassment. That move came after a slew of high-profile accusations leading to the ousting of some of the network’s biggest personalities like Roger Ailes and Bill O’Reilly. Unsurprisingly, though, that damage control does seem to be limited to the network’s image, as a new lawsuit alleges that the culture of harassment, rape, and other forms of sexual misconduct have continued behind the scenes.

The lawsuit was filed by Jennifer Eckhart, a former associate producer at Fox Business, and Cathy Areu, a regular guest commentator on Fox News. Eckhart has accused now-former longtime anchor Ed Henry of predatory behavior and sexual assault. She says Henry suggested he would help advance her career in exchange for sex. She says he “preyed upon, manipulated and groomed her,” that he forced her to perform oral sex on him and in one instance, restrained her in handcuffs while he “violently raped” her and then allegedly took photos of her naked body as blackmail to keep her quiet.

“Mr. Henry, approximately twice Ms. Eckhart’s age, preyed upon, manipulated and groomed Ms. Eckhart starting at the young age of 24, by exerting his abuse of power over her and her career,” reads the lawsuit. “Mr. Henry not only leveraged this imbalance of power for control over his victim, Ms. Eckhart, but asked her to be his ‘sex slave’ and his ‘little whore,’ and threatened punishment and retaliation if Ms. Eckhart did not comply with his sexual demands.”

Henry was removed from his position as White House correspondent and took a leave of absence in 2016 following allegations of an extramarital affair. (While that might not normally have been grounds for a demotion, this was during the lead-up to the 2016 presidential election and Roger Ailes was reportedly furious that Henry’s infidelity would undermine the network’s attempts to rehash Bill Clinton’s affairs. Classy as always, Fox News.)

But in the old accountability bait-and-switch, when Henry returned to work later that same year, his “demotion” actually seemed to be a promotion as he was made a chief national correspondent and, later, a co-anchor on Fox and Friends Weekend.

On Monday of this week, Fox News issued a statement attempting to wipe its hands of the allegations, saying the network only learned about these accusations on June 25th and “took swift action” and fired Henry. But the lawsuit claims the network knew of Henry’s behavior long before now and that they should “never should have put him in a position to engage in this behavior to begin with.”

And while June 25th was when Eckhart informed the network she’d obtained legal counsel, she says she complained to HR months earlier. Not only did no one follow up with her, but in June, she was let go after seven years with the company. According to the lawsuit, she saw this as obvious retaliation for those complaints.

As for Areu, she alleges the Henry sent her “a slew of wildly inappropriate sexual images and messages” and a barrage of text messages suggesting she should have sex with him. She also describes being sexually harassed by Sean Hannity, Tucker Carlson, and Howard Kurtz, all of whose shows she regularly guested on until after she turned down their sexual advances.

Areu, who was a regular guest on The Sean Hannity Show and Tucker Carlson Tonight until 2018, also accused host Sean Hannity of conducting a mock dating auction with her as the prize.

“Mr. Hannity, on set and in front of the entire studio crew – and completely unsolicited – threw $100 on the set desk. He then began calling out to the men in the room and demanding that someone take Ms. Areu out on a date for drinks,” according to the complaint.

In December 2018, after appearing on his show, the complaint alleges that Carlson told Areu “that he would be alone in New York City that night, and specifically said that he would be staying alone in his hotel room without any wife or kids.”

According to the complaint, “Mr. Carlson was probing to see whether Ms. Areu was interested in a sexual relationship.” When Areu “sidestepped Mr. Carlson’s advances and declined to spend the night at his hotel,” the host “promptly retaliated against Ms. Areu, who was featured on his show only three times in 2019 and has not appeared once in 2020.”

Fox News called the lawsuit “false, patently frivolous and utterly devoid of any merit.” Henry’s lawyer offered a standard I support the Me Too movement except when it’s about me-type statement.

I will fight with every fiber of my being. A statement from attorney Cathy Foti: pic.twitter.com/Ha6IqdWkKw

Eckhart and Areu’s attorney, Douglas Wigdor, issued a statement criticizing the network for attempting to rehabilitate their image without actually instituting real change.

“What this lawsuit reveals is that today’s Fox News is the same old Fox News,” Wigdor said in a statement. “Some of the names in leadership may have changed since Roger Ailes’ regime, but Fox News’ institutional apathy towards sexual misconduct has not.”