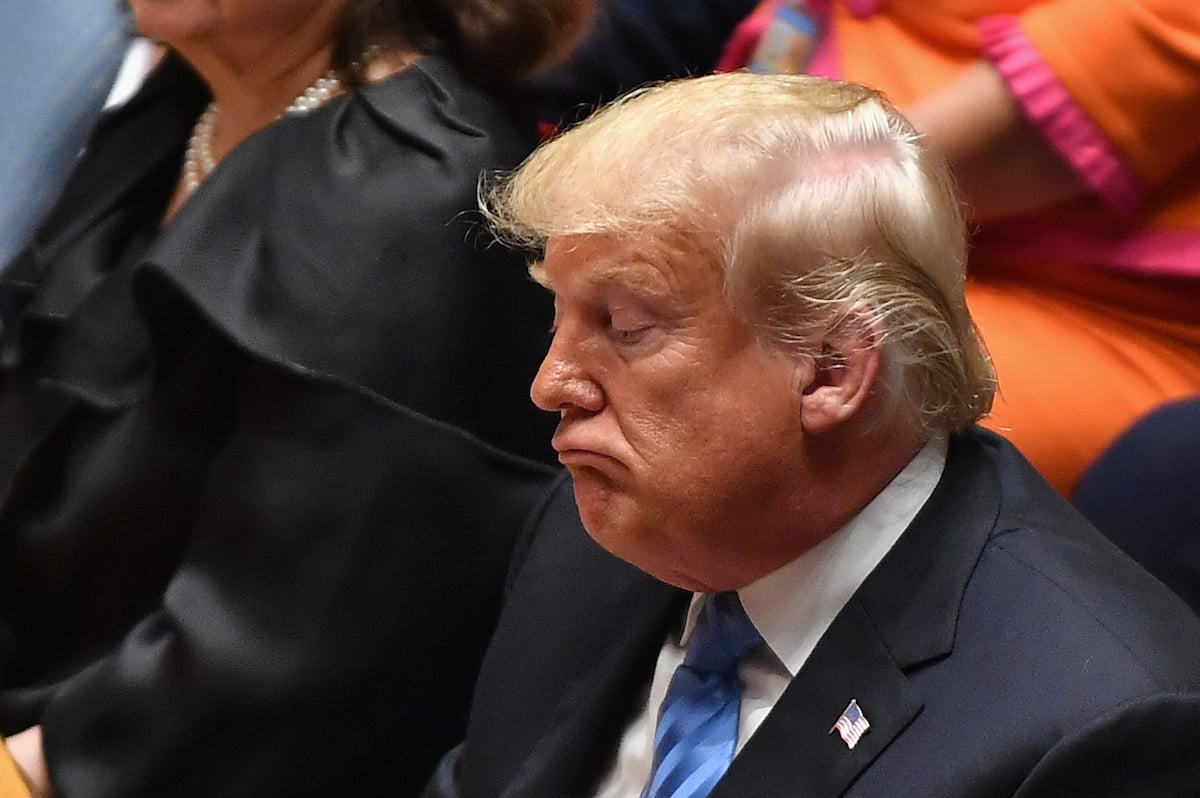 As you might have heard, yesterday, the whole world laughed at Donald Trump. Okay, technically, the world leaders gathered at the United Nations General Assembly laughed at Trump.

Here’s the clip of Trump bragging that in his first year in office, his administration “has accomplished more than almost any administration in the history of our country,” followed by audible laughter from the crowd.

He tried to play it off, saying “It’s so true … I didn’t expect that reaction but it’s okay.” And the laughter got louder.

And here is Germany literally laughing at Trump after he says the country could become totally dependent on Russian energy pic.twitter.com/1NLa99tGLN

This is so embarrassing. This is the man that the majority of American (electoral) voters chose not just to govern us, but to represent us. And he deserves to be laughed at.

But perhaps even more embarrassing is the ways in which Trump’s supporters have tried to reframe the reaction.

Nikki Haley, the U.S. Ambassador to the U.N., basically tried to say that the world leaders weren’t laughing at Trump, but with him. Because he’s so … honest?

“They loved how honest he is,” Haley told Fox & Friends. “It’s not diplomatic and they find it funny. … When he goes and he is very truthful, they kind of were taken back by it.”

When Fox News tweeted out the speech, they went even further and split the clip into two parts, editing out the laughter in the middle.

And then Trump himself followed it up with this propaganda endorsement.

This is some deranged dictator shit pic.twitter.com/NrCwdnR1io

Trump has repeatedly said that the world is laughing at us. He’s been saying so since long before he ever took office. But as a Brookings Institute analyst told the Washington Post, “It’s never been true,” even though Trump has said so about every president in recent decades. Now, though, “It’s the first time I’m aware of that people actually laughed at a president. I think it is going to drive him absolutely crazy. It will play to every insecurity he has.”

The only thing scarier than Regular Trump is hurt-feelings, antagonistically insecure Trump. Batten down the emotionally vulnerable man-baby hatches.