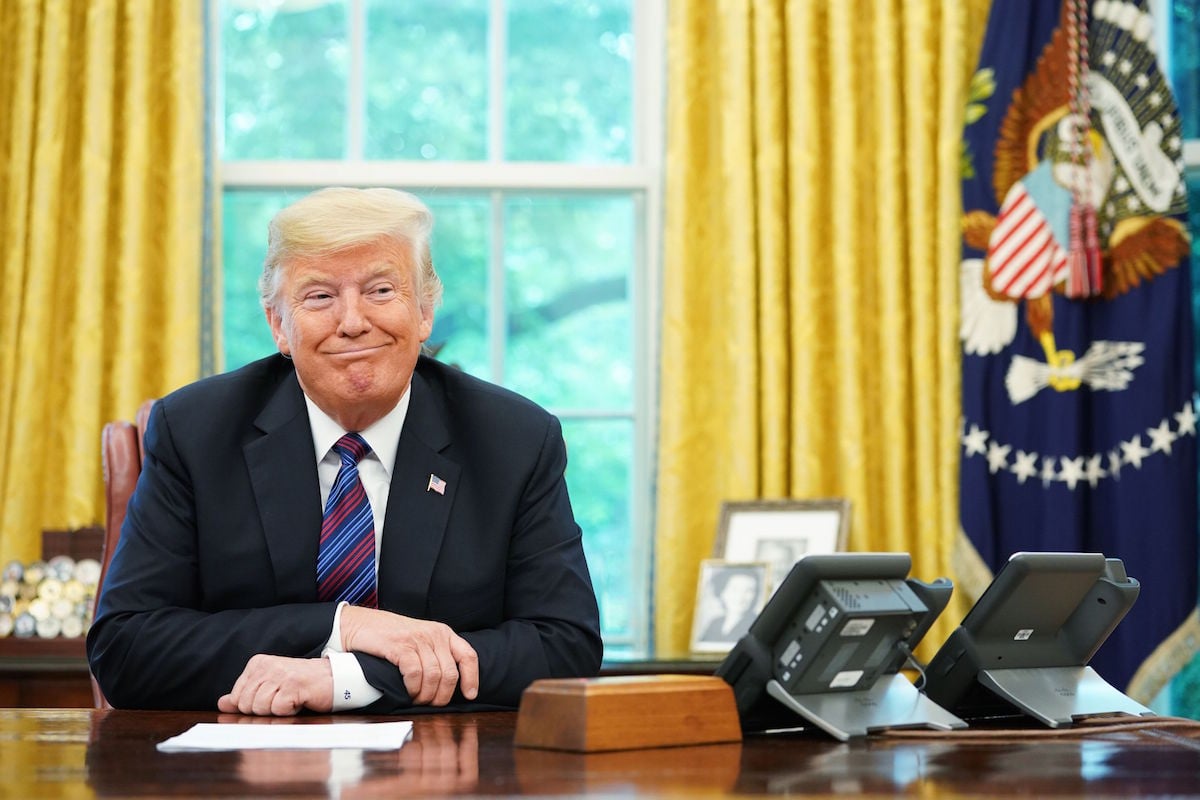 Donald Trump has described himself as a “very stable genius,” although the number of people that might agree with him on that is forever shrinking. In his new book, legendary journalist Bob Woodward says Trump’s chief of staff John Kelly has referred to him as “unhinged” and “an idiot.

That terrible anonymous New York Times op-ed out yesterday described his behavior as “erratic,” leading to “half-baked, ill-informed and occasionally reckless decisions.” Those are just two of the most recent examples. White House sources have frequently described Trump’s erratic and unstable behavior to the press. Psychologists and even casual news consumers alike have long speculated on the mental health of the president.

Sean Hannity, though, has found at least one person who still believes that stable genius line, and has “science and real data” to back it up.

Gina Loudon: “My book actually uses science and real data and true psychological theory to explain why it is quite possible that this president is the most sound minded person to ever occupy the White House.” pic.twitter.com/IuKEmBXKH0

Gina Loudon went on Hannity’s show to promote her new book–for which Hannity wrote the forward–which she says “actually uses science and real data and true psychological theory to explain why it is quite possible that this president is the most sound-minded person to ever occupy the White House.”

“The country is better than its ever been, but Trump is mean waaaaah wahhhhh!!” 😭😭😭

Can we move on?

Coming up on #Hannity to discuss. #anonymouscoward #MadPolitics #maga #kag2020https://t.co/JZnGF2qChc

If you’re wondering if Loudon is qualified to make such a statement, she’s not. She has a PhD in industrial (not clinical) psychology. She’s a certified but non-practicing hypnotherapist. She describes herself as a “policologist,” a Google search for which leads back only to articles written by Loudon.

She’s also a founding Breitbart writer, former reality TV star (doing a stint on Wife Swap a few years ago), and a Fox News contributor. She’s a member of Trump’s Media Advisory Board and appears to have a close enough relationship with him that offering any sort of diagnosis is not just outside of her expertise, but super unethical.

.@RealDrGina @realDonaldTrump You’re not qualified to provide mental health assessment of any kind as far as I can tell. Since you hang out with him at Mara Lago and you’re a friend, ethically, even if you *were* trained (which it appears you’re not), you wouldn’t be allowed. pic.twitter.com/jVz27nqDFl

Just in case you still weren’t sure if Loudon had opinions worth paying attention to, there’s this:

Her argument was basically “we don’t need black people to do great things.”😳 pic.twitter.com/IMc2EWVU9f

Loudon and Hannity both said liberals’ heads were “literally” going to explode over her statement. I think they’re overestimating the impact of this level of inanity. Unless severe eye rolls can lead to explosion, I think our heads are fine.