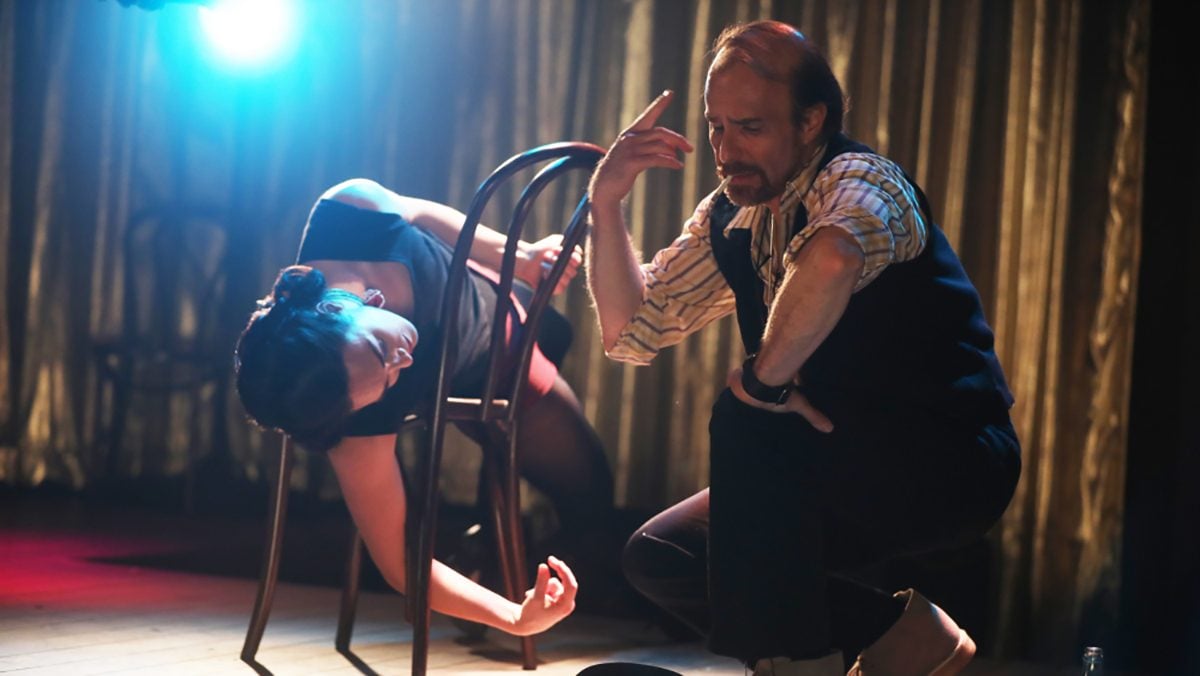 The mind behind some of our favorite choreography, Bob Fosse, is a complicated figure. Not only is he the kind of creator whose work is still prominent today, but he is also the type who had quite a go at the producers and teams he worked with, and his relationship with women was fraught. He was fiery and wildly talented, but often lost in the universal regard for his work is behavior that would (hopefully) be called out in our era. FX’s limited series Fosse/Verdon, which launches April 9th, sets out to explore the many elements that made the man.

Steven Levenson, a producer on FX’s limited series Fosse/Verdon, opened up to Variety about bringing to life the “darker” side of Fosse’s story in the time of #MeToo. Fosse’s off-stage antics tend to be glossed over by the brilliance of his accomplishments—but that secret life that we as the audience never saw is what Fosse/Verdon, starring Sam Rockwell and Michelle Williams, is gearing up to show us.

“There was always a sense that Bob Fosse was turning on the lights in the darkness, exposing the things that were otherwise left out — that people otherwise didn’t want to see,” says executive producer Steven Levenson. “Sort of the grit and the grime underneath the bright lights. And in a way that’s what we’re doing with his story. Or at least that’s the attempt, to shine the light on what was going on backstage and behind the scenes.”.

Bob Fosse had an extremely complicated relationship with women. Discounting their worth (especially in regards to wife Gwen Verdon), abusing his power, and more to be peeled back on the series, he isn’t exactly someone we’d all favor now in 2019. So critically looking at that is way for us, as a society, to revisit the work of some of these creative giants and learn to reexamine them—while recognizing their place in the problem of Hollywood and the systematic abuse of women. Acknowledging and praising genius doesn’t have to mean they get a free pass in every other pursuit. It’s a treatment that many a legendary artistic figure could likely benefit from.

For me, another upset in regards to Fosse in that there is a certain kind of myth about his creative process. We know him as a visionary, a lone wolf. But what Fosse/Verdon hopes to do is tear down that mythology a bit to get the reality of the situation.

Fosse, while hailed for his jazz choreography and bringing to life shows in a unique way, didn’t work alone. For years, we were taught (especially if you studied musical theater) that Bob Fosse would be able to choreograph a show just on his own within moments, having a clear vision in his head and going about his process. But the reality is a lot different than we were taught, and much of the mythos eliminated the contributions of his wife. According to Levenson:

“The main thing we do is we widen the lens. As we began to research and to really dig into the story we discovered that the story of the singular male artist who created all of this brilliant work, in his own head, wasn’t true. There’s a tremendous amount of mythology around all that. One of the things we hope the show gets at and circles around is that what we know about Fosse, a lot of that is actually Verdon as well. She has been left out of that narrative. Part of it is about reclaiming the story for her and reclaiming her place in the work.”

Levenson explains that the show seeks to reintroduce Verdon’s contributions, and the truths of her relationship with Fosse, into the narrative:

Instead of conceiving of her as Bob’s plus-one, we began to understand that she was an equal player in that relationship and in certain parts of their lives, she was the more prominent of the two of them. She was more successful. Little by little we sort of pieced it together, our version of who that woman was.

Bob Fosse may have choreographed Chicago, Pippin, Cabaret, and many more, but he didn’t do it alone, and he certainly didn’t do it in a faultless vacuum. I can’t wait to see what Fosse/Verdon does with exposing the lore behind his dark creative mind. The limited series begins tonight on FX.