How Is “Forced Hugging” a Thing That Still Exists in Any Workplace? 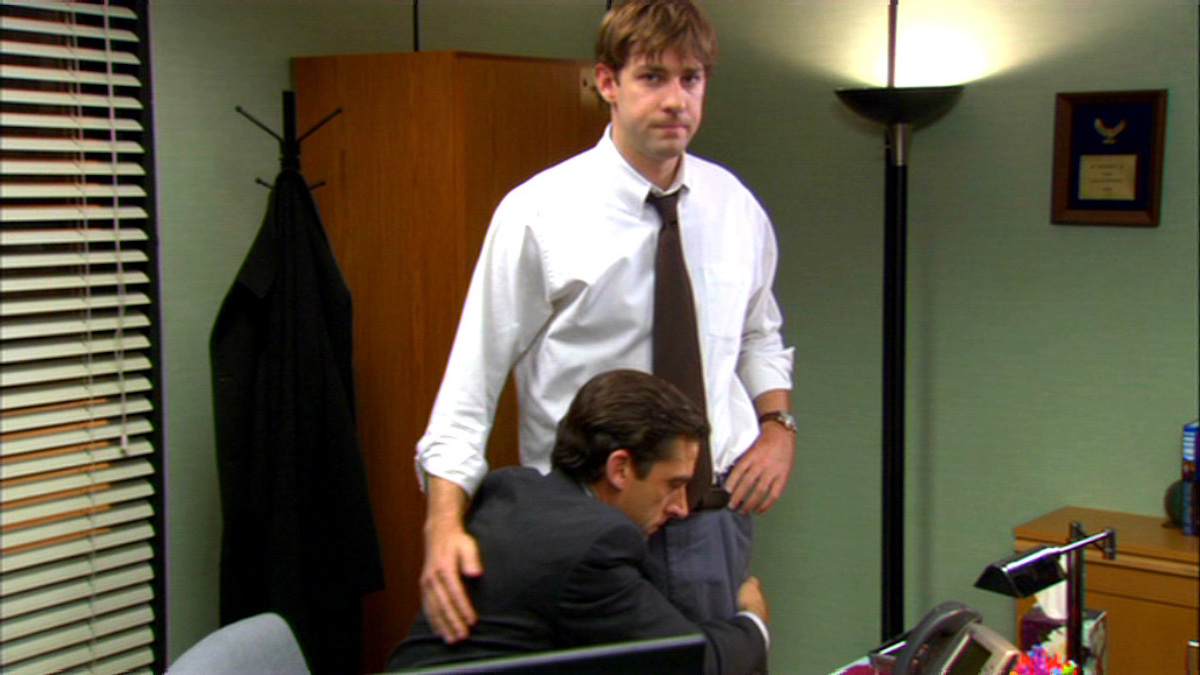 A new petition signed by thousands of people is demanding that luxury clothing retail company Ted Baker end its practice of “forced ‘hugging,'” which begs the question–How is this a thing that any company still thinks is acceptable??

The company’s founder, Ray Kelvin, seems to be proud of his rule that all employees at the brand’s head office must hug him before they start talking to him. He’s talked about it openly in interviews. He also hugs those conducting said interviews. So okay, he’s a hugger.

But it’s a whole other thing to insist that other people–especially people whose entire livelihoods are under his control–to engage him in this sort of full-body physical contact, potentially on a daily or even more frequent basis.

The petition, which is directed at the company’s Board of Directors and signed “Your employees and customers,” asks for an end to Kelvin’s rule of mandatory hugging, calling it “part of a culture that leaves harassment unchallenged.”

“Please set up a way of reporting harassment to an independent, external body – HR has done nothing with the reports of harassment to date,” the open letter reads. “Directors who abuse their power should be held to account. Harassment at Ted Baker is well documented but wilfully ignored by those in charge.”

It ends, “It’s time to break the silence.”

Forced physical contact with your company’s CEO would be bad enough if it were only about genuinely friendly, non-sexual “hugs.” That still wouldn’t be okay, because no one should be forced by their employer or anyone else to engage in any sort of physical contact that makes them uncomfortable, and Kelvin clearly doesn’t take anyone’s comfort level into account with this rule. But as the rest of the petition illustrates, this isn’t just about a hug.

Following the open letter is an explainer of why this issue is so important. Kelvin’s habitual hugging makes it so all lines of what is and isn’t appropriate are blurred. And beyond that, as the letter states, “there’s no official way to address the issue of harassment.”

As for what sort of issues an employee might complain about, again, it goes far beyond a hug.

There are a lot of really positive things about working at Ted Baker but they’re often overshadowed by the ‘hugging’ and inappropriate touching and comments. I’ve seen the CEO ask young female members of staff to sit on his knee, cuddle him, or let him massage their ears. I went to HR with a complaint and was told ‘that’s just what Ray’s like’.

The owner regularly makes sexual innuendos at staff, he stroke people’s necks, he took off his shirt on one occasion and talked about his sex life. So many people have left the business due to harassment, whether that be verbal, physical or sexual. Pursuing the issue through the ‘proper’ channels i.e. Human Resources, is hopelessly ineffective. They don’t act on the reports. It’s time to break the silence.

Of the more than 2,000 signatures attached to the petition as of this writing, approximately 300 are reportedly current or former Ted Baker employees. Baker hasn’t responded to outlets’ requests for comment, but the company said in a blanket statement that it’s important to them that every employee feels respected. They dismissed the hugging as “part of Ted Baker’s culture,” and used the old he does that with everyone argument, saying “Ray greets many people he meets with a hug, be it a shareholder, investor, supplier, partner, customer or colleague.”

The company also said the hugs, while part of the “culture,” are “absolutely not insisted upon.” Though there appear to be about 300 employees that disagree with that statement. One employee told Organise, the UK-based platform that hosts the petition and others designed to improve workplace conditions, “The CEO always wants a hug from every member of the staff. It’s very uncomfortable and unnecessary.”

I’m sure Kelvin would respond to this by saying that an employee can always decline the hug, but what his employees have described and signed their names to makes it clear the onus is on the employee to express discomfort, and that not only has Kelvin cultivated an environment where speaking out against the “culture” of hugs would be incredibly difficult, but if an employee went a step further and tried to formally complain, there’s no one to complain to. That’s not respecting your employees, that’s preying on them