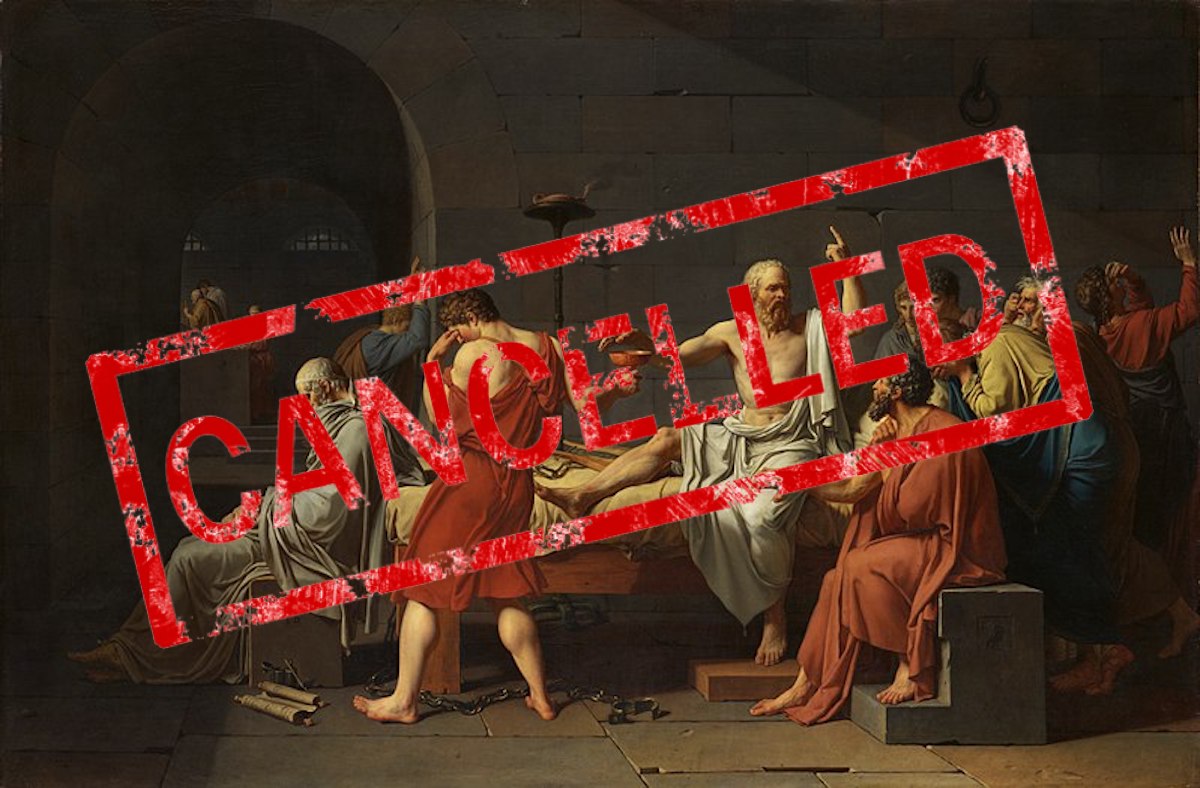 Florida State Rep. Anthony Sabatini is currently running for U.S. Congress, and it appears he’s taken up the increasingly popular Republican platform of “owning libs.” Looking at his Twitter account, he doesn’t seem to like talking about actual issues affecting his constituents, but he does love tweeting things like “WOKE IDIOTS EVERYWHERE” and “END THE MASK CULT NOW!!!”

He also tweeted his concerns about “cancel culture” and its hypothetical impact on centuries-dead philosophers. “If Socrates was out philosophizing in American society today, he would be cancelled real quick,” Sabatini tweeted Thursday.

A lot of people were quick to point out that Sabatini very clearly doesn’t know anything at all about Socrates.

If Sabatini had done a little research before very obviously just naming the first philosopher he could think of, he might have learned that Socrates was, in fact, cancelled in his own time. And by cancelled, I don’t mean he lost a book deal or voluntarily chose to quit his job at a major publication or any of the other things conservatives love to call cancellation.

No, Socrates was actually cancelled, by which I mean he was put on trial for his political beliefs and executed.

socrates, famously never cancelled before his perfectly timely death after a long life much beloved and appreciated by his city https://t.co/0AZGkBCS3O

Like I understand where you’re coming from here but they very much did kill Socrates https://t.co/mM1l40sPdf

About to use the Socratic method to walk this man though Socrates’ death https://t.co/mngtedo7NU

i mean they did also cancel socrates. that was a pretty significant thing that happened. like I understand where you’re coming from here but they very much did cancel socrates https://t.co/96MxzSj7bD

This is like, very much a thing he should know.

Pictured: Socrates enjoying a glass of wine, telling his students “nobody will ever cancel me!” https://t.co/GiqSESf2qA pic.twitter.com/x66Vl6o92k

In some ways, Socrates is the perfect philosopher for Sabatini, given he never actually wrote down any of his teachings so we only have them secondhand, and obstinate, dogma-driven conservatives like him love to twist the legacies of long-dead public figures to suit their agendas.

There’s also that famous quote attributed to Socrates: “I know that I know nothing,” or perhaps “The only true wisdom is to know that you know nothing.” Ancient quotes tend to get corrupted over the years, but as for the general sentiment (or a twisted version of it), yeah, I’d say knowing nothing and being proud of it is right up Sabatini’s alley.