Flickr's 6 Billionth Photo is Classy, Somehow Not a Picture of a Cat 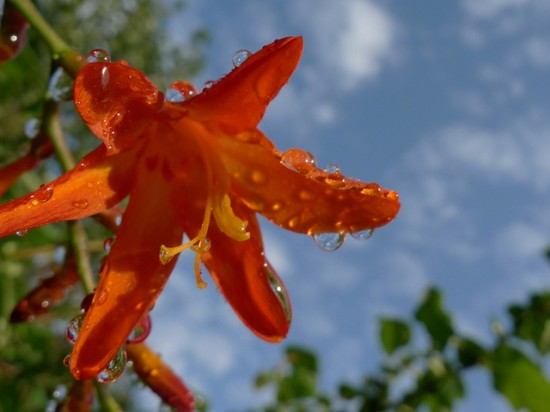 Photo sharing service Flickr recently had its six billionth picture uploaded to the site. Uploaded by user eon60, the photo is that of a Montbretia flower. Flickr points out that over the last five years, uploads have been increasing 20 percent year-over-year. They reached out to eon60 about having uploaded the six billionth photo:

I have been posting to Flickr for about four years. I use two cameras a Nikon D70 and a Panasonic LX3 and have been taking photographs as a hobby for about 40 years. As you can see from my postings there is no one thing I like to photograph, anything goes. I also enjoy looking at other peoples efforts on Flickr, some are stunning. The photograph is of a Crocosmia ( Montbretia ) taken in my garden, in some parts of the world they are treated as weeds as they are very invasive, but I like them for the colour and shape.

For reference (and fun), here’s Flickr’s two, three, four, and five billionth photos. Don’t they kind of make you wonder why some silly meme or cat picture didn’t end up as the milestone picture instead?