Running and fighting the same way every year since 2007. 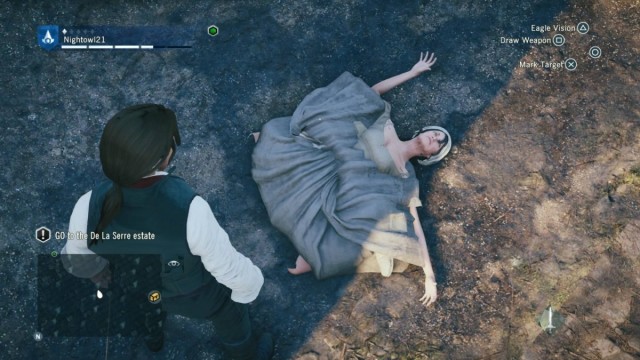 Assassin’s Creed is one of the biggest franchises in gaming, with gigantic releases, a universe of spinoff material, and a big-budget Hollywood adaptation with a major star (and good actor) behind it.

Yet, with eight major console releases, along with two secondary platform releases (Liberation on the PS Vita and Rogue on PS3/ Xbox 360), the franchise feels stale. Many fans and critics will agree that the series peaked with its second and third iterations (Assassin’s Creed 2 and Assassin’s Creed: Brotherhood, both starring Ezio Auditore da Firenze), and the releases since then have been a mixed bag, usually resulting in decent games that ultimately fall short of their potential.

The recent Assassin’s Creed: Syndicate is the latest example of this: a gorgeous, solid game with a fair Metacritic score that still suffers from a number of critical problems stemming from the very first title in the series. While Syndicate addresses some common series complaints, it lacks a major overhaul that can truly bring the Assassin brotherhood to modern standards. In fact, much of the series gameplay has been the same since its inception. Unlike other series that have shown major evolutionary steps forward, Assassin’s Creed band-aids issues while adding more secondary features.

Now it seems like the public is catching on. Call it franchise fatigue or general disgruntlement, but Syndicate failed to ignite the sales charts. If Ubisoft is listening, now’s the time to give Assassin’s Creed an overhaul—and here are five ways to do it.

Every Assassin’s Creed game has had some variation of combat, which is essentially an attack and a counter button. Sometimes it’s called parry, and sometimes it’s allowed you to chain kills or fill up combo meters, but at its core, it’s just these two buttons regardless of whether you use weapons or fists. The variety in combat from game to game really only changes in the animation, not the technique.

The sad part is that this is a series that can literally go any place and any time—that means all sorts of cultural combat influences can be integrated. This took a minor step forward with Syndicate, with its emphasis on fists rather than axes and swords, but the controls were ultimately more of the same.

Let’s take two different examples, one from the series’ past one and one theoretical. Assassin’s Creed’s development team consulted Native American experts on Connor’s weapon and fighting animations. However, controls continued to be a variation on established models rather than integrating tomahawk throwing or tight close-quarters combat. A revamped combat system could have used both of these, bringing variety and a sense of culture to the game. Similarly, if the series were to venture into Asia, plenty of martial arts could be mined, and a new, fluid combat system, perhaps even mimicking a Devil May Cry pace, could change the way players experience Assassin’s Creed.

However, this is a game about stealth and assassinations, not large brawls. In order to successfully sneak in, it sure would help if you didn’t suddenly run up a tree or get stuck on the corner of a box. It’s amazing that the series’ parkour has essentially been the same since its first release back in 2007. Not only is the general movement clunky, but the way that a button is used to activate free-running continues to be a frustrating experience.

What could replace it? Forms of parkour have been used in a wide range of games, from Mirror’s Edge to Infamous. While these titles have their pluses and minuses, I’d never once felt the frustration with them that I did with Assassin’s Creed. Regardless of how Ubisoft executes this, it’s clear that something needs to change. Nothing’s more irritating than having a chase objective blown by getting hung up on the side of a building. Whether it’s adding a jump button or simply adjusting how “sticky” the surface models are during running, the core movement mechanic of Assassin’s Creed has to be rebuilt from the ground up using modern techniques and processing capabilities.

#3: Use the Buddy System

Early in Syndicate, twin siblings Evie and Jacob Frye are going to raid a valuable item from the Templars. You control Evie while Jacob says he’s going to help out by taking out some snipers. (Which he doesn’t, really. The three times I played through the mission, only once did he actually take out a single sniper.) It would have been nice if the player actually had some control over this.

In Assassin’s Creed: Brotherhood, Ezio was able to call on recruits to rain down death on a group of enemies like a Streets of Rage special attack. But what about having even greater control than that to plan and strategize with fellow NPC Assassins?

In fact, one of the most effective parts of Metal Gear Solid V: The Phantom Pain is its buddy system. By picking one of four different buddies, your tactics completely change, and by being able to swap buddies in the middle of a mission, strategies can quickly adapt on the fly. Given the structured nature of primary assassin missions, this type of system would not only make sense from a story perspective (the Assassins are rarely alone in the local area) but it’d completely change the gameplay approach. Or, going really old school, having something like old Rainbow Six-style mission planning (or the less-tactical version with Grand Theft Auto V’s decision-tree planning featuring player swapping) would open up the series for true open-world assassinations.

Not to pull too much from The Phantom Pain, but the game’s wide range of tools, buddies, and weapons makes infiltration truly an open experience. Similarly, the excellent Dishonored gave you a diverse range of powers to let you have the freedom to choose how you wanted to handle missions. Though Syndicate tried to address a lot of issues in Assassin’s Creed, many missions still felt like you were only given limited options for finishing missions—you were essentially funneled down one of a handful of entry points before silently taking out guards or brawling. Sure, there were tools like smoke bombs or poison darts but even with the grappling hook, most missions still felt like the old series formula.

From a narrative perspective, these are Assassins, you’d think they could do more than climb in an open window and stealthily take out some guards. Simple player tools, such as the ability to break in any window rather than select entry points, cause loud noise distractions, use the aforementioned buddy system, climb on ceilings, and more could open up the infiltration process to a degree of freedom currently unseen in this series. Because, let’s face it, Assassin’s Creed often succeeds in spite of its stealth rather than due to it.

Each Assassin’s Creed release seems to be stuck on the idea that “bigger is better.” Bigger map, more side quests, more things to collect. The problem is that the core game hasn’t evolved at all, and while there’s no official reason for this, I’m guessing a huge part of this is due to the annual release schedule. There simply hasn’t been breathing room to really re-examine how to do things better. Instead, core elements are tweaked while new features are added—while ship battles were great fun, they represented a mostly optional part of the series.

I’ve been a fan of Assassin’s Creed since I rode around with Altair, but there have been very few times that I haven’t been frustrated with the series. While Syndicate addressed some flaws, it’s time for the franchise to take a year or two break and really dream it all up again. The worst thing that can happen to a popular franchise is to be mired in mediocrity or to feel stale; both of those lead to irrelevance, and in today’s world of short attention spans, that could be like a hidden blade to the back of Ubisoft’s flagship franchise.

Instead, the folks at Ubisoft have to trust in innovation and take an Assassin’s Leap of Faith to take the series to true greatness. It’s risky, but don’t you know that a pile of hay always breaks an Assassin’s fall?