Five of the Worst Vice Presidents in American History 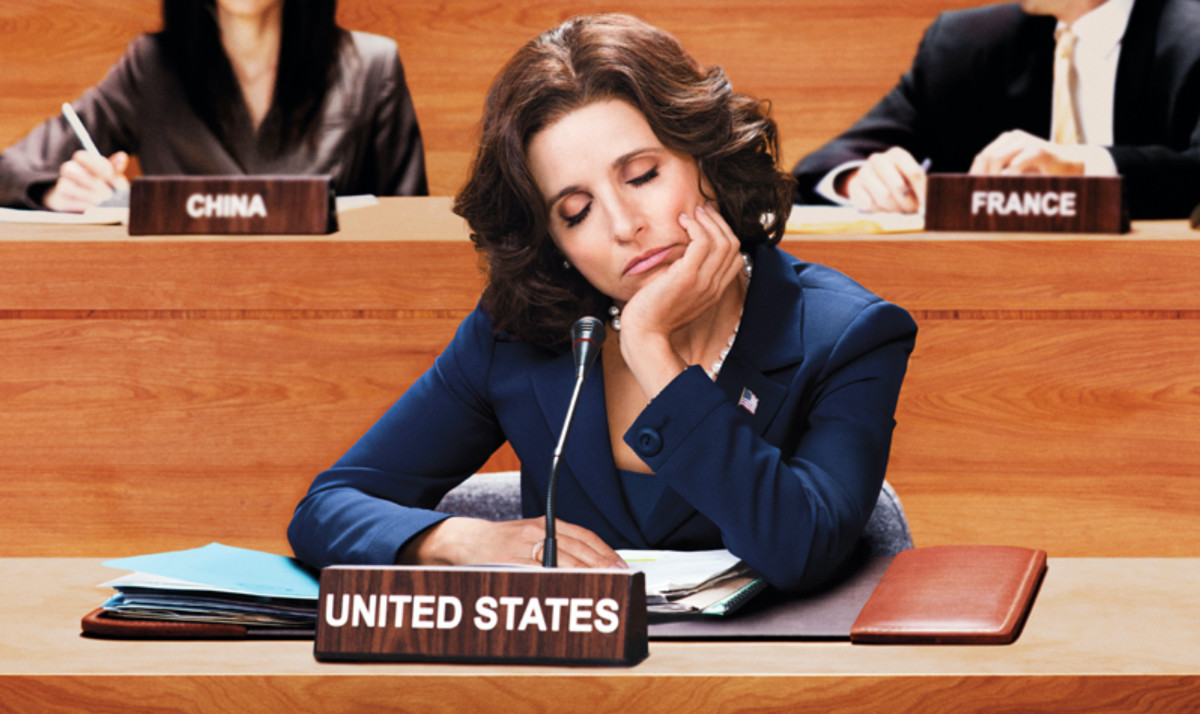 What does it mean to be vice president of the United States of America? It is a role that has become more symbolic than anything, and a way of balancing out a ticket more than anything else. Often, the choice is a more conservative and/or younger person, but in the case of Democratic candidate Joe Biden, he has chosen someone both younger and to the political left of him. (How left she is when not compared to Biden … I am not debating. I’m just stating the facts.)

In the early years of America, the vice presidency was an even more confounding role, often seen as “not a real job” and a stepping stone to the presidency, if you were lucky. So, here are some of the flops of American history who really put the “vice” in vice president. (I also avoided picking people who went on to become president, or any post-H. W. Bush. Otherwise, this list would look a lot different.)

You may know him best from the hit Broadway musical Hamilton, but sadly, without the dreamy voice of Leslie Odum Jr., Burr is a much less attractive figure. Born into a prominent New Jersey family, Burr’s career and legacy as a Founding Father was heavily tainted by murdering his rival, Alexander Hamilton, in a duel.

At the time of the duel, Burr was Vice President under Thomas Jefferson. They were both Democratic-Republicans, and Burr was a key figure in New York politics. Burr was responsible for founding the Bank of the Manhattan Company, which put a crack in the Federalist control of the banking system. During the election of 1800, Burr came in second to Jefferson when the House of Representatives had to break an Electoral College tie between the two, which at the time made him the veep.

Jefferson never trusted Burr, and the Jersey boy was kept out of cabinet meetings. Due to this, everyone knew that Burr was going to be dropped from the 1804 ticket. Well, during that time and seeing his political career swirling down the toilet, Burr ended up in conflict with … you guessed it, Hamilton.

As the musical taught us all, the two engaged in a duel on July 11, 1804, outside of Weehawken, New Jersey. Who shot first, much like Han vs. Greedo, is up for debate due to mixed records, but it was Hamilton who ended up dead, and Burr participated in a duel, as veep, leading to the murder of another Founding Father—not a good look.

After that, Burr was also accused of treason for a conspiracy to create an independent country in the Southwestern United States and parts of Mexico. While, in the end, he was found not guilty, his reputation was shot, and he ended up dying alone and financially ruined in 1836.

Spiro Theodore Agnew has the distinction of being the second vice president of the United States to resign from the position (the first being John C. Calhoun—we will get to him) and of being, at one point, the most corrupt person in the Nixon administration—and that is seriously saying a lot.

Agnew was the son of a Greek immigrant father and mother from Virginia. He ended up running for Congress in Maryland, and despite campaigning on a fairly progressive-sounding docket, he ended up being very anti-Civil Rights when it came to supporting Black leadership. After the 16th Street Baptist Church bombing in Alabama, Agnew refused to attend a memorial service at a Baltimore church and denounced a planned demonstration in support of the victims. He spewed many of the anti-Black dog whistles that the Republican party loves today, calling Black leaders “militant,” and this made him a good foil to Nixon, who was a “moderate” Republican on paper and was trying to balance out his ticket.

On the campaign trail, Agnew had no issue using ethnic and racial slurs or remarks against other congressmen, which only made him more popular. Agnew became part of the face of “law and order” and allowed Nixon to gain popularity in the North and South. As veep, Agnew was called “Nixon’s Nixon” and attacked the media, accusing them of being biased against Republicans and giving voice to the frustrations conservatives felt at the time (man, time is a flat circle).

Now, all of this was “good” from the Nixon perspective, until Nixon and Agnew eventually clashed because Agnew was too independent and outspoken. You know Dick did not like to be outshined. Plus, Agnew was growing more popular, and so, by the time 1972 rolled around, it was not clear if Agnew was going to be on the ticket again, but eventually, it all came together.

The real trouble came when the United States attorney for the District of Maryland opened up a case about the corruption in Baltimore, and guess who came up: Spiro Agnew. Agnew was pressured to resign because you can’t be a “law and order” politician when you’re doing crimes—in theory, anyway. Gerald Ford became vice president following Agnew and, later, president when Nixon resigned the presidency following the Watergate scandal.

Birds of a feather and whatnot.

When you end up being the vice president to two men who hate each other and then they both end up hating you, maybe the problem is you, Calhoun?

John C. Calhoun was a racist, a nationalist, a war hawk, a slave owner who once called slavery a “positive good,” and vice president to both John Quincy Adams and Andrew Jackson, which, considering their vast ideological difference, tells you how slimy Calhoun was.

Under Adams, he opposed many of the plans the president made, and before a ballot could be printed, he jumped ship to team Jackson, promising to support Old Hickory during the upcoming election. That earned Calhoun the veep spot again.

However, Calhoun and Jackson did not get along. The breaking point in their relationship came when Calhoun didn’t back up Jackson during the petticoat affair, in which the women of Washington shunned Peggy Eaton, wife of Jackson’s Secretary of War. Jackson was extra sensitive to this stuff since his wife, Rachel, pulled a Padmé and died after the press slandered her name.

Calhoun also was rumored to be in favor of censuring Jackson for the 1818 invasion of Florida. Jackson was not a fan of disloyalty, and Martin Van Buren, who would become the first in a long line of disappointing New York-born presidents (sans the Roosevelts), was there to be Jackson’s lapdog.

The nullification crisis in 1832-33, where South Carolina (Calhoun’s state) declared that the federal Tariffs of 1828 and 1832 were unconstitutional, was the final straw. Calhoun stoked that fire, and it ended up with him resigning as veep.

We are jumping forward to the presidency of one Woodrow Wilson, and his second was Thomas R. Marshall from Indiana. In 1919, Wilson had a massive stroke and was left incapacitated. Wilson’s wife Edith and his advisors didn’t want to tell Marshall because they didn’t like him, and worked to keep Marshall in the dark as long as possible.

Eventually, Marshall was called upon by members of the cabinet to take over, but the veep was uncertain about that. He wanted Wilson to formally give him presidential power, but considering … he was incapacitated and no one liked him, that wasn’t going to happen. Marshall also felt uncomfortable acting as the president or risking setting a precedent. This lack of leadership allowed the League of Nations to not be ratified, something that historians say would have made a great difference in possibly preventing World War II, which I think is enough to put him on this list.

Marshall is also the only known veep to have been made the exclusive target for assassination.

When I first heard the name Dan Quayle, it sounded so familiar, but I couldn’t place it, which sums up a lot of Quayle himself. Vice president under George H. W. Bush, what Quayle was best known for was just saying really weird stuff in public.

On May 19, 1992, he gave a speech following the Los Angeles riots, saying that it was because of the decay of moral values. In this speech, he mentioned the show Murphy Brown by name, saying, “It doesn’t help matters when prime-time TV has Murphy Brown—a character who supposedly epitomizes today’s intelligent, highly paid, professional woman—mocking the importance of fathers, by bearing a child alone, and calling it just another ‘lifestyle choice’.”

The eye-rolling was real.

It didn’t help that Quayle’s persona was that he was incompetent and not very bright. Here are some … let’s just call them Quayle-isms:

“I was recently on a tour of Latin America, and the only regret I have was that I didn’t study Latin harder in school so I could converse with those people.”

“Republicans understand the importance of bondage between a mother and child.”

“Quite frankly, teachers are the only profession that teach our children.”