"What the Hela Happened to Thor's Hair?" First Ragnarok Pics | The Mary Sue

“What the Hela Happened to Thor’s Hair?” and Other Important Questions Answered by First Ragnarok Pics 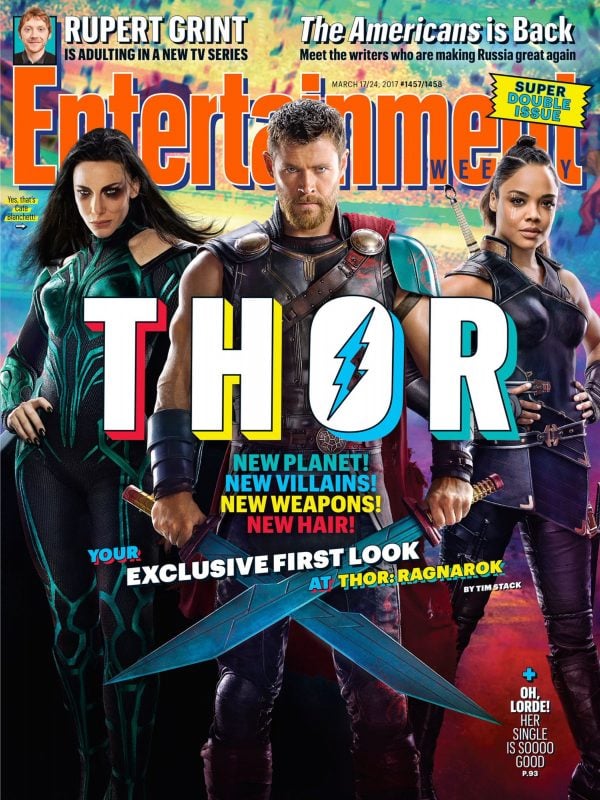 I’ve gotta say, I haven’t been excited about a Thor solo movie since … well, since basically the first Thor movie. Yet these first photos from Thor: Ragnarok are definitely enough to pique my interest. Thanks, Entertainment Weekly!

I mean, first of all, can we talk about the glorious female badassery in the cover above? Tessa Thompson as Valkyrie and Cate Blanchett as Hela are sheer perfection! Oh yeah, and then there’s the hair. Thor’s lustrous blonde locks are no more. At first glance, I thought that he might have just been wearing some kinda super-tight ponytail, but nope. Here’s another look: 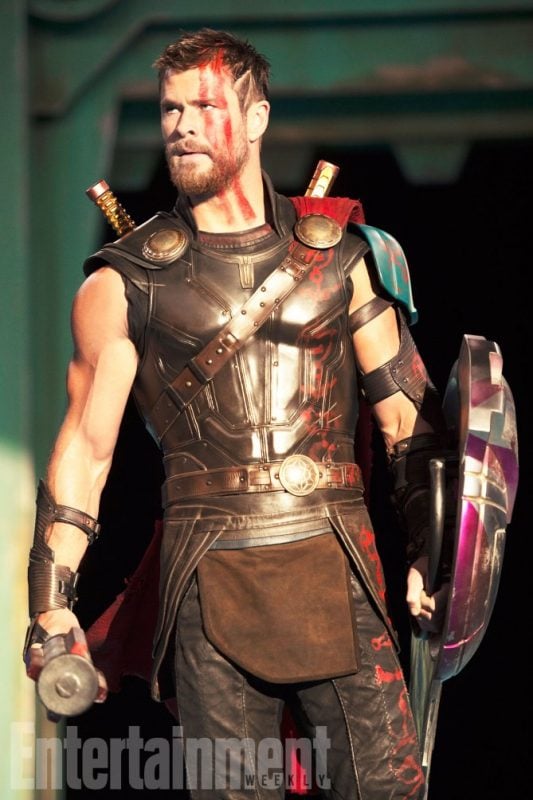 Not only is the hair gone, but it looks like there are lines shaved into it. This might seem a little shocking to hardcore Thor fans, but personally? I dig it. It seems that Chris Hemsworth digs it, too. According to EW, Hemsworth says, “It was nice not to have to sit in the makeup chair for that hour each morning. It felt like a rebirth for me as the actor but also as the character.”

And it makes sense that there would be a big aesthetic change for Thor since Ragnarok seems to deliver an equally big change for his character. Namely, that Thor gets to experience not being so strong and powerful anymore. Thanks to a pissed-off Hela (more on her later!), Thor ends up on the planet Sakaar, where he’s forced to become a gladiator against opponents with strength and special abilities just like his. In other words, he’s not so special anymore.

Hemsworth explains: “[Sakaar is] basically where every wormhole across the universe dumps out its trash, so you get people from all walks of life with all sorts of incredible abilities and powers. No one cares what prince or king Thor may have been in another world. Also, his strength is pretty easily matched with those he finds himself amongst.”

Among them? The Hulk. Yeesh. 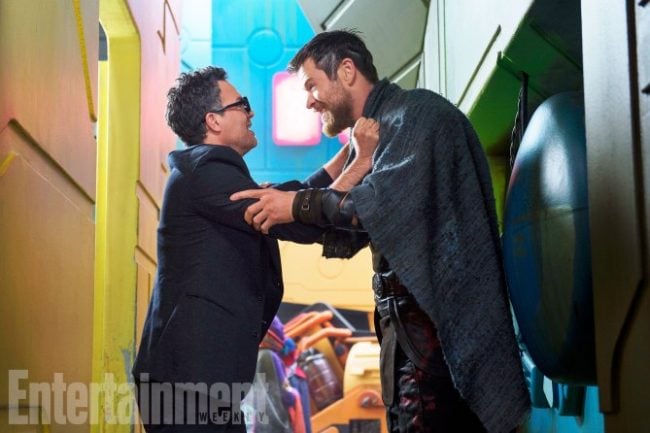 What I’m really excited about, though, is Cate Blanchett (A.K.A. She Who Can Do No Wrong) as Hela, the Asgardian goddess of death. In Ragnarok, she is accidentally freed from her cosmic prison, and she is not a happy camper. I mean, check out that eye make-up. This woman means biddness. 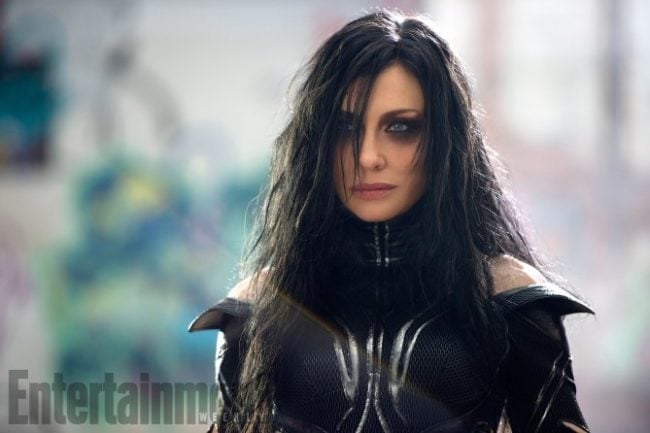 Says Blanchett, “She’s been locked away for millennia getting more and more cross, and then, with a mistake, she gets unleashed and she ain’t getting back in that box.” Considering the fact that Blanchett worked with brilliant Australian stuntwoman, Zoe Bell (Death Proof, Raze), and also learned the Brazilian martial art capoeira for the role, there will likely be a significant amount of ass-whoopin’ on her part. This fills me with glee.

Also filling me with glee? Tessa Thompson (A.K.A. She Who Needs to Be Cast In Everything Always Forever) as Valkyrie, leader of The Valkyrior and warrior goddess extraordinaire. 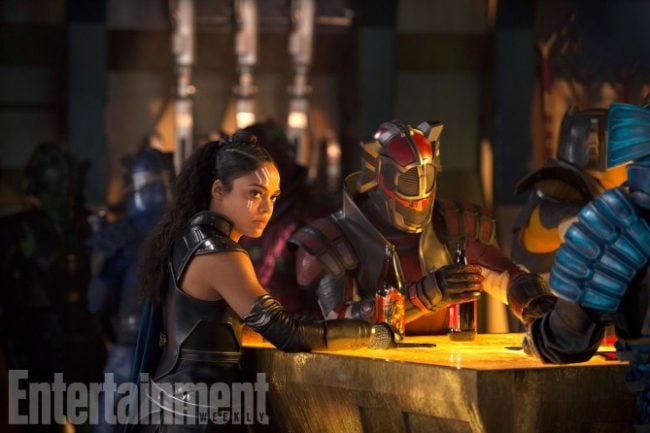 I can’t even handle how badass she looks. And keeping in mind her powerful performances on Westworld and in Creed, I’m prepared for her Valkyrie to be a highlight of Ragnarok.

If you want to check out more photos, head on over to the gallery at Entertainment Weekly. Thor: Ragnarok hits theaters November 3rd.