Things We Saw Today: The First Star Trek: Picard Poster Has Some Surprises 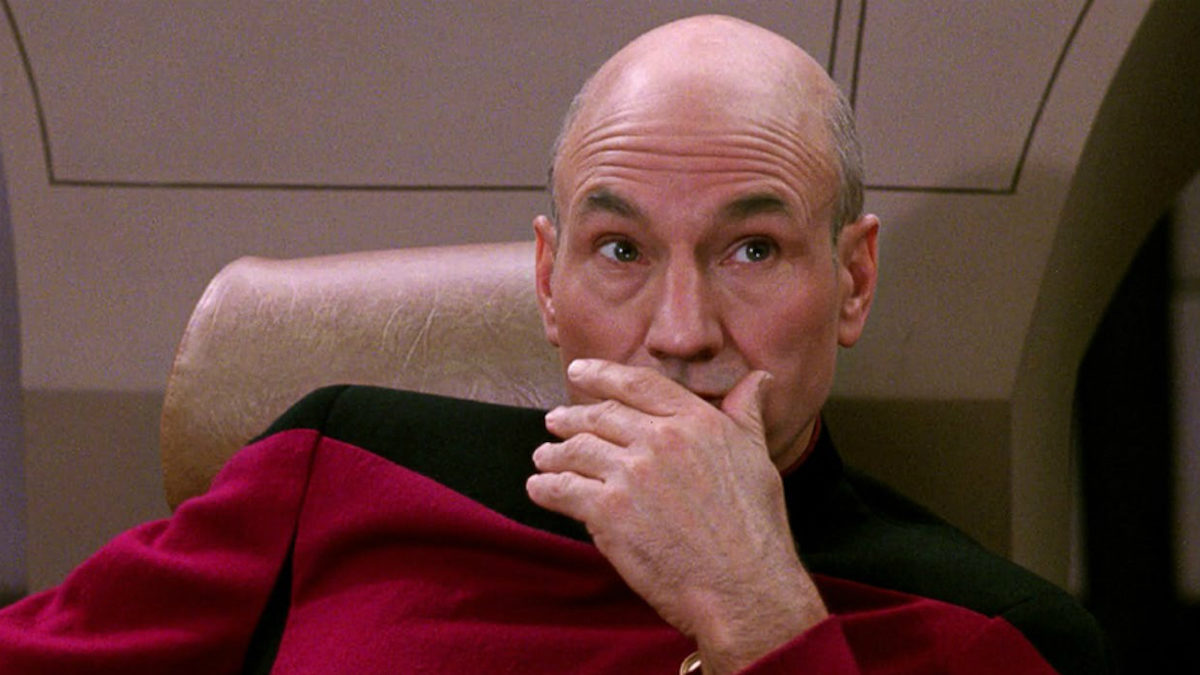 Sir Patrick Stewart released the first official poster for the upcoming CBS All-Access series Star Trek: Picard on Instagram, giving us a look at the retired Jean-Luc Picard in some intriguing environs.

We must say, our beloved Jean-Luc cuts quite a contemplative figure in tall boots and a sweeping jacket. The first surprise is the furry friend at his side, who is wearing a Starfleet insignia (is that an actual combadge?) on his (her?) collar. As some of the commenters on Instagram have noted, Jean-Luc Picard doesn’t exactly strike one as, well, much of a dog person, but I think this might be indicative of Picard’s desire to be living a life in retreat and isolation when the story opens. (That’s my headcanon at the moment.) He’ll need some companionship, so enter this stately pitbull.

As for the choice of dog, Stewart and his wife Sunny Ozell are both very vocal in their support of pitbulls on Instagram, frequently sharing adorable shots of their foster pups and raising awareness about the oft-misunderstood breed. I imagine his input helped match Picard up with his new best friend. (I hope the dog gets to go into space with him.)

The flaring sun (/planet?) in the sky could be indicative of the destruction of Romulus, an event that’s said to figure heavily into the new series. It almost looks as though there’s a phantom outline of a planet looming overhead. Of course, I may be reading a bit too much into some artful graphics flare.

Also of note here is that Picard appears to be surveying a vineyard. At a glance, I’d say he’s at the Picard family vineyard in Le Barre, France, producers of the noted wine Chateau Picard. In the Star Trek: The Next Generation episode “All Good Things,” an alternate future shows Picard having retired to take over the vineyard. Has that become a reality?

Meet Miss Emma, our new foster beebee who was rescued by the angels at @wagsandwalks We’re so thrilled to be taking the fostering journey again. #fosteringsaveslives #adoptdontshop #pitbullsarelove #pitbullsarefamily 📸 @lesleyzipkinbrog

We’ll likely be learning a lot more about Picard at San Diego Comic Con; we know Stewart will head a cast comprised of Alison Pill, Michelle Hurd, Evan Evagora, Isa Briones, Santiago Cabrera and Harry Treadaway, with no doubt some special guest stars from Picard’s past. What do you think of our first real look at Jean-Luc in his new world?