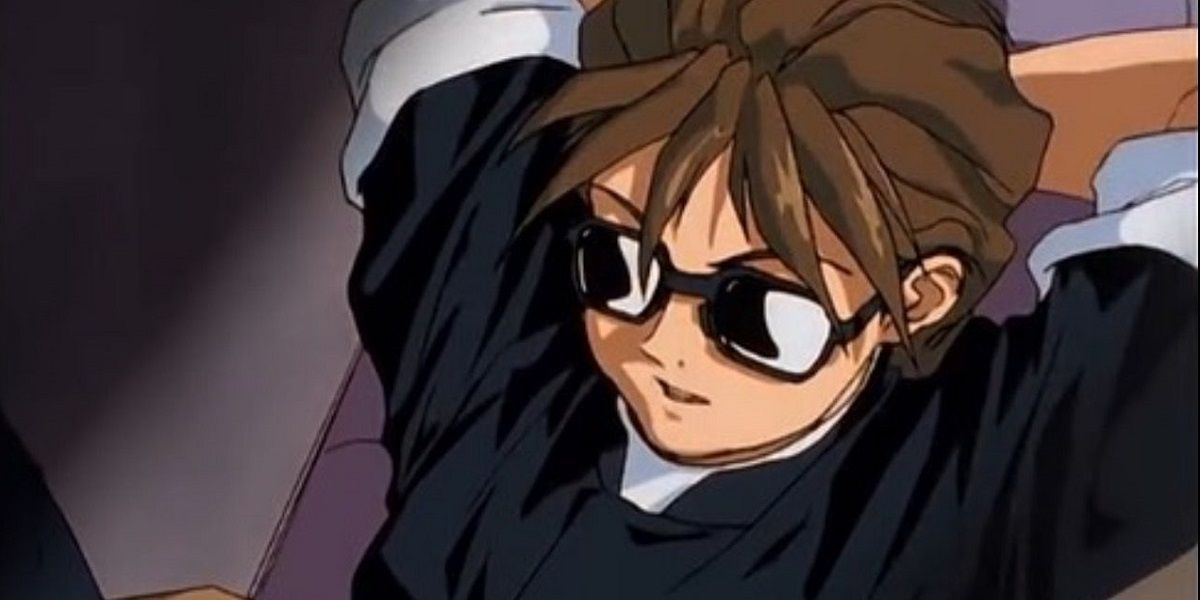 There’s a meme going around Twitter where, without posting your age, you reveal your first anime crushes. Initially, I thought Twitter’s 4 picture limit wouldn’t be enough space, and I was right, but I’ve managed to narrow it down to four. 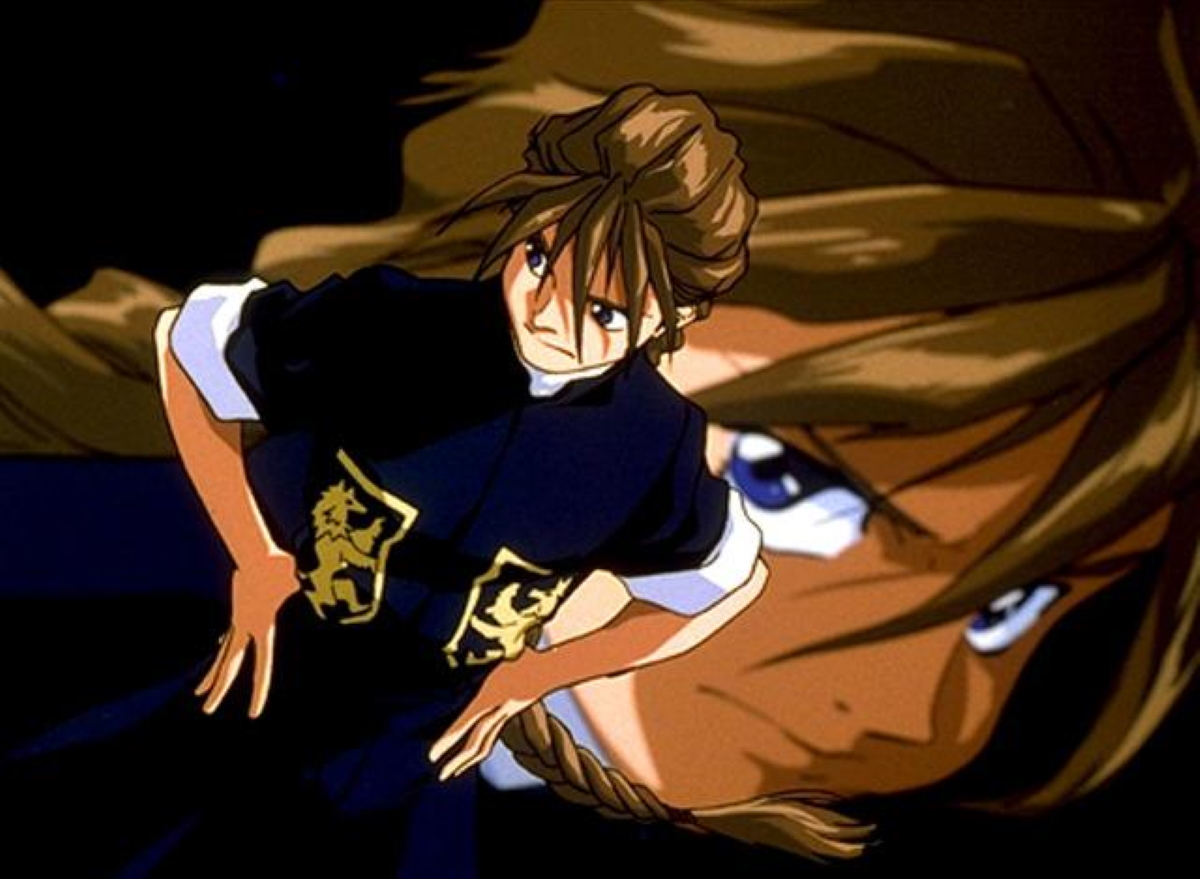 That attitude and that braid? I was doomed from the start.

Might as well start with the guy in the feature image, yeah? Duo and I go way back, y’all. That cool guy attitude. That long braid. The fact that he reacted to Relena’s self-destructive boy chasing tendencies the same way I did (because, like, girl, why are you like this?). He was definitely the most laid back of the Gundam Wing boys and I ate that right up. In a series full of overly serious boys, Duo was who I gravitated toward, especially since he had no problem calling out Heero’s nonsense. Like. How you gonna steal the parts from Duo’s Gundam after he helped you?! 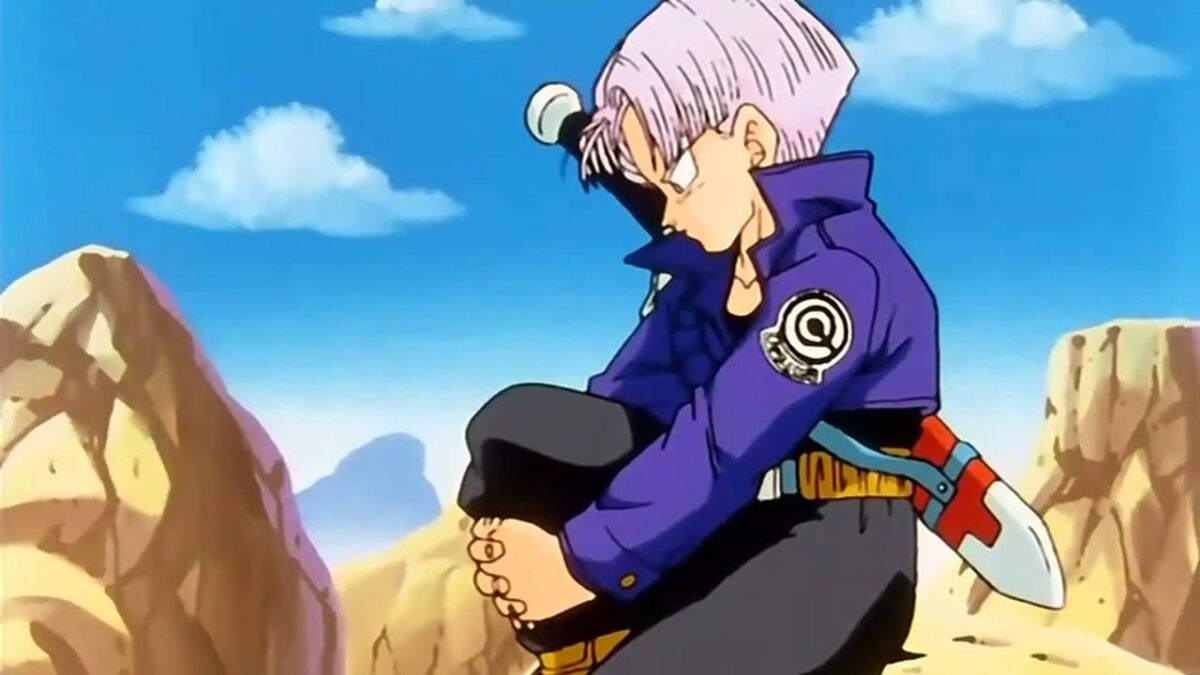 I spent years waiting for his arrival.

Once upon a time, there was an extremely rocktastic opening to Dragon Ball Z. It got you absolutely pumped for the episode you were about to watch, accompanied by scenes that, unbeknownst to me at the time, were from several of the movies. Oh, but near the end of the song? A mysterious, blond-haired warrior shows up, and y’all? He’s got a sword.

Things to keep in mind: during the Rock the Dragon era of DBZ, we knew nothing of Super Saiyans. The last episode that ever aired had Vegeta finally mention it when Goku completely decimated Recoome. So I didn’t know what the blond hair meant, let alone who the guy with the purple hair and sword was, but damn, he looked REAL cool, and I spent many a DBZ rerun hoping to get new episodes that showed who he was.

Eventually, as friends became more Internet savvy, one told us that his name was Trunks and he was, get this, the son of VEGETA and BULMA! None of us believed him. Why would we? Vegeta was a major villain and the only interaction he ever had with Bulma was her having a nightmare about him. Years later, when Dragon Ball Z aired on Toonami, I finally got to meet Trunks. Not only did he turn into a Super Saiyan with no problem, not only did he slice into Frieza like room temperature butter, but he came back later with LONG purple hair. 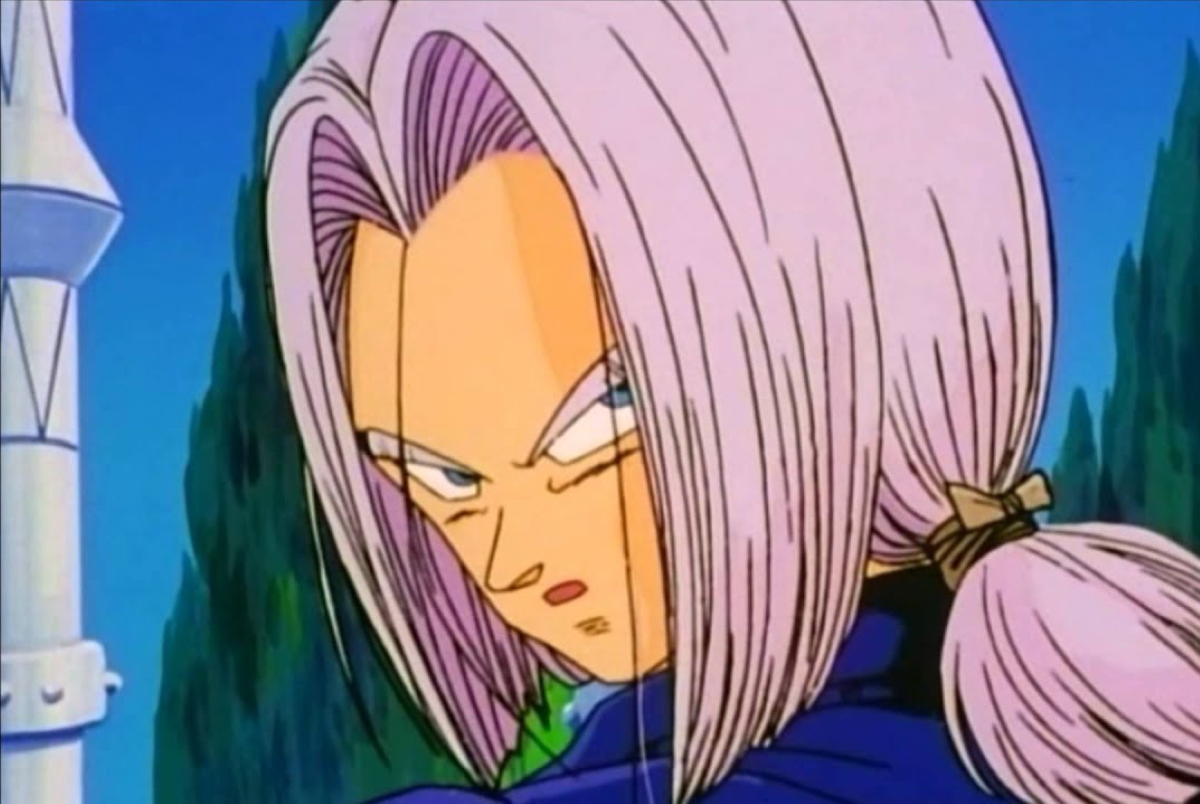 Oh. And um. He is the future son of Vegeta and Bulma. Sorry to my 90s high school friend who I called a liar. 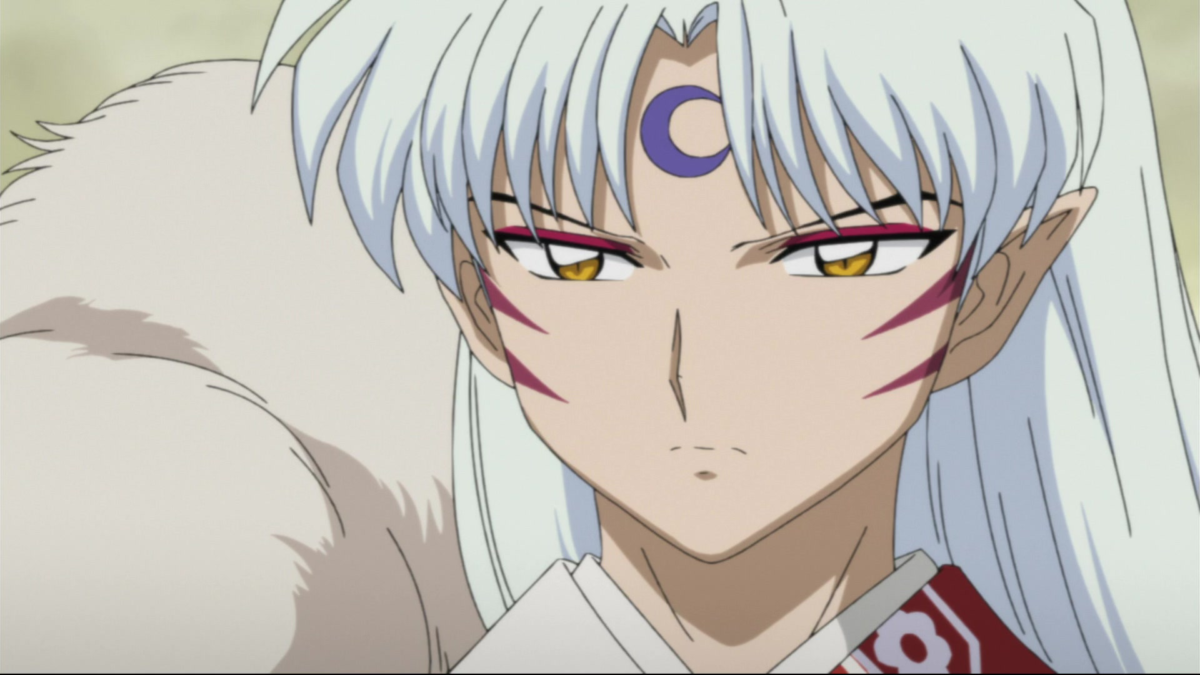 I’m supposed to root for Inuyasha. But.

Ah, Sesshomaru, with his infinite moodiness, golden eyes, and all that haaaaair. The first in my “white-haired anime character” phase (which is ongoing, BTW, it’ll never end), I knew I was supposed to be cheering for Inuyasha … but… I maaaaay have been leaning toward his older half brother. And, like, he turns into a giant demon dog which, come on, is the ultimate good boy. Think of all the pets and cold nose boops you can get from him. 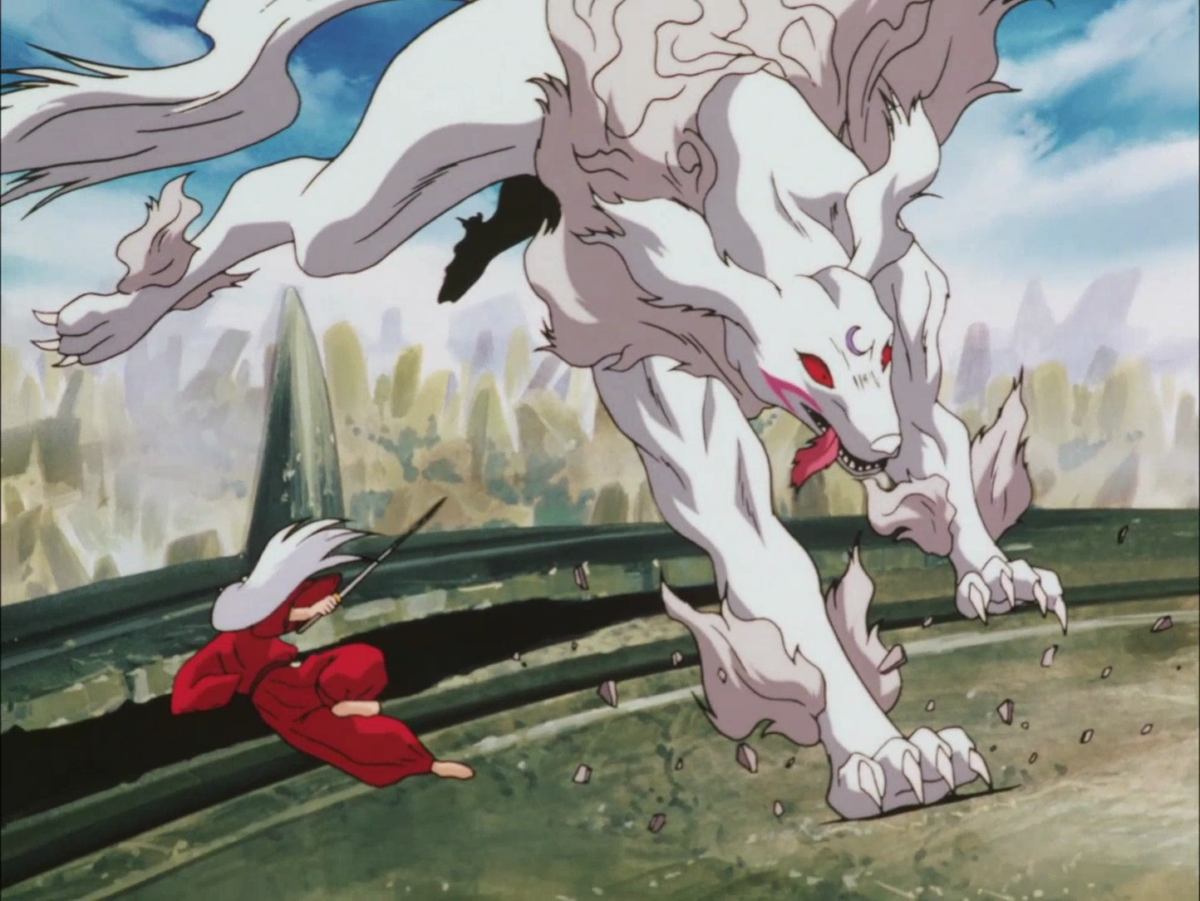 Sure, Sesshomaru shows great disdain toward humans to the point of shaming his own half-brother … but he learns so it’s fine, right? Besides, we’ve all had grievances toward humanity, haven’t we?

This is a totally acceptable crush who exudes “dramatic family member who comes to Thanksgiving late with the last-minute food contribution of whatever the store had left in stock that day” energy. 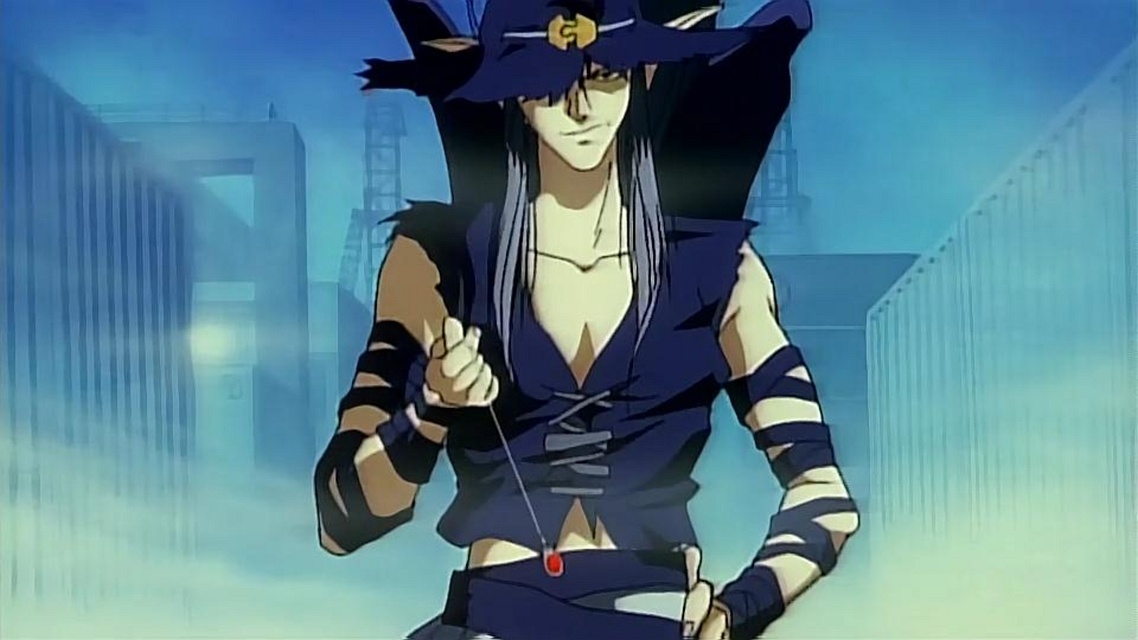 He’s not even in the series!

Ready for more storytime with Bri? Though this one is the most tragic of them all.

Once upon a time, back in my “rent any anime that shows up at Blockbuster” days, I came across Yu Yu Hakusho. The movie. Much like the Tenchi Muyo movie that aired on Sci-Fi (SyFy) I had no idea that this was based on an entire series because, well, there was nothing to tell me that. So I took the movie home, popped it in the VCR, and met Yusuke and the gang without knowing the full extent of their story.

Then? This guy showed up.

Of course, him being an old friend to the extremely attractive redhead (Kurama) added all kinds of fuel to the fire. My love for said redhead and his holy shit WOW that FOX FORM would come when the series finally began running on Toonami years later, but as far as this movie? Kuronue, hands down.

But here’s the thing? For, like, 99% of the movie this isn’t even him! It’s an illusion one of the villains created to get in Kurama’s head. The real Kuronue is dead, as seen in a flashback, where he, sob, sacrificed himself to tell Kurama to escape danger.

So when the series aired I waited for Kuronue to, at least, get mentioned.

Yeah … young anime fan Bri didn’t realize that anime movies stray away from canon quite often. Alas, we would never get a fully fleshed-out Kuronue, but I could, at least, turn to fandom for all them fics. After all, he’s a dark-haired, pointy-eared, hat-wearing, self-sacrificing best friend to a demon fox. The ship writes itself. 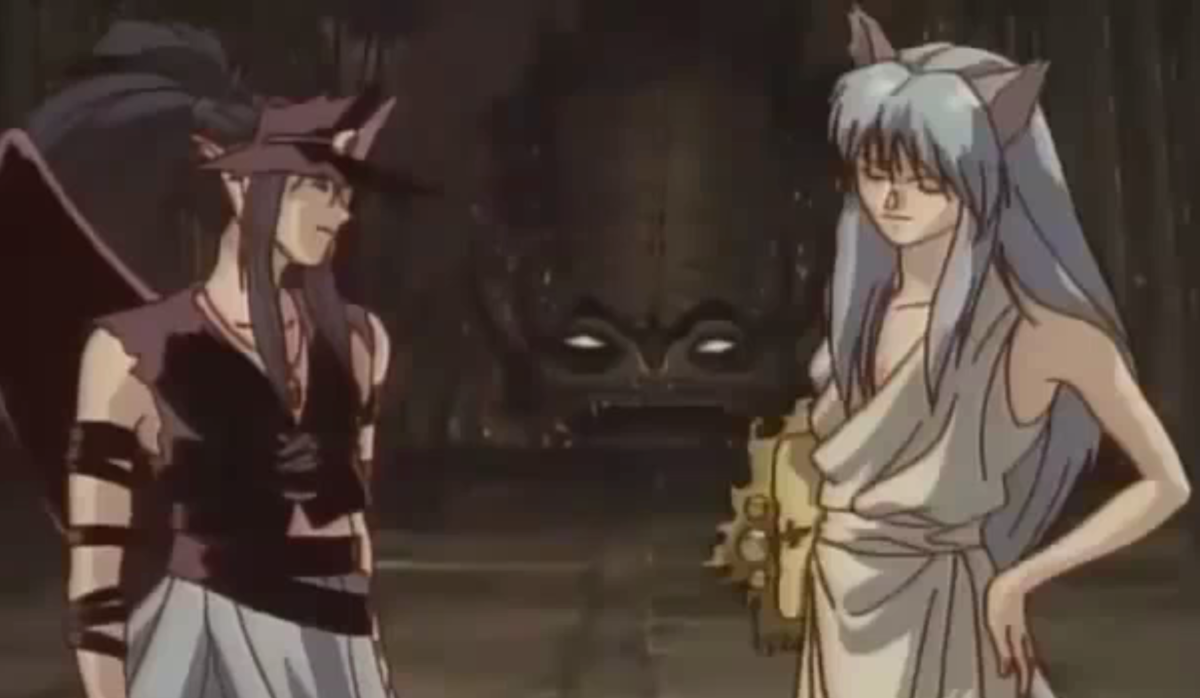 And they were best friends. 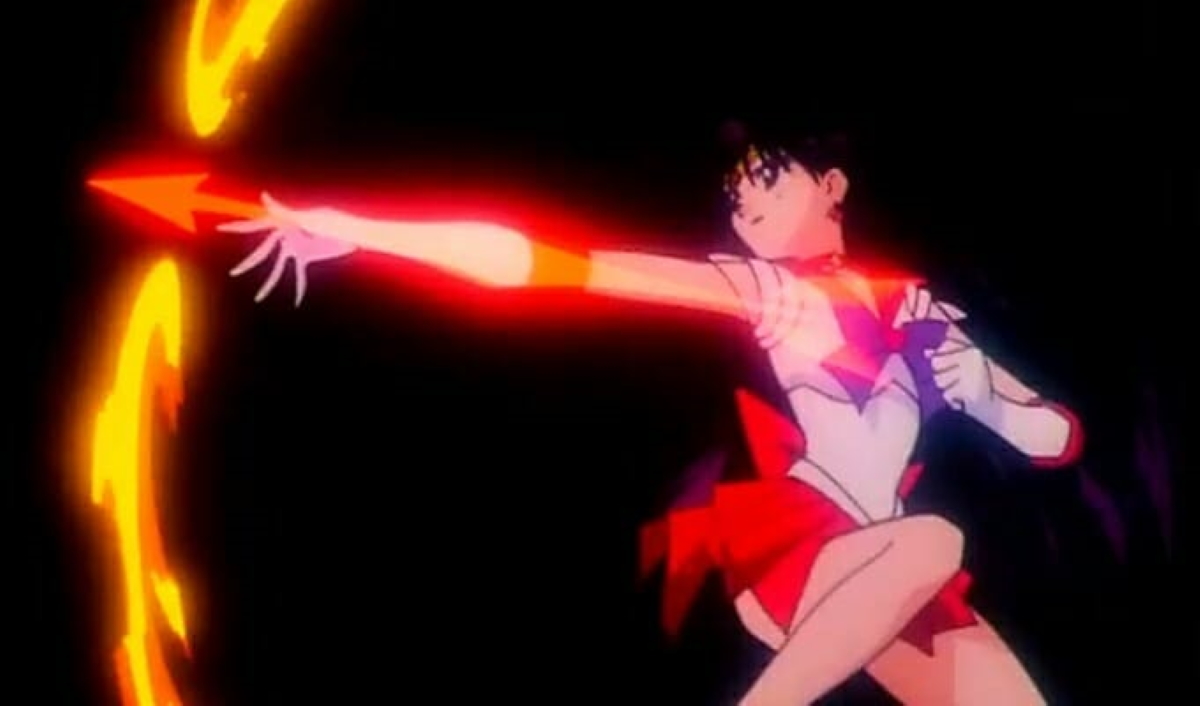 You know how I said in this piece here that I had that “this girl is cool but really I mean she’s a crush” phase? Listen. Sailor Mars? She was it, like, for real when it came to anime. The red heels. The fire. The personality. I loved everything about her, and it’d take years to realize my status as a disaster bi to truly understand it.

All right, readers, you know what to do. Without revealing your age, who are your first four anime crushes? And feel free to slide in an honorable mention.