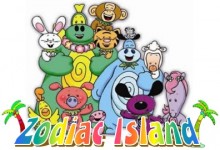 The creators of the children’s television series Zodiac Island claims that they have lost fourteen episodes of the cartoon due to a disgruntled employee who was fired from their data-hosting company hacking into network computers and irreversibly damaging bits of fourteen episodes of the show. The hacker, who seems to actually be named Michael Scott Jewson, was able to destroy 6,480 files, which totaled 300 gigabytes of data, and included bits of 14 episodes of the cartoon, which the Hawaii-based production company WER1 World Network claims are unable to be reclaimed, reassembled, or reproduced, as their data-hosting company, CyberLynk, states that their backup procedure failed.

Zodiac Island has aired on over 100 U.S. television stations, including big dogs ABC, CBS, Fox and NBC affiliates. The lost data includes animation artwork and live footage, over two years of work from hundreds of people and over three dozen companies. WER1 is suing both Jewson and CyberLynk for breach of contract, computer fraud, conversion, and negligence.