'Captain Marvel' Won't Solve Sexism, but It Is Fun | The Mary Sue

I Finally Saw Captain Marvel, Free of the Hype Machine, and It Was Solid 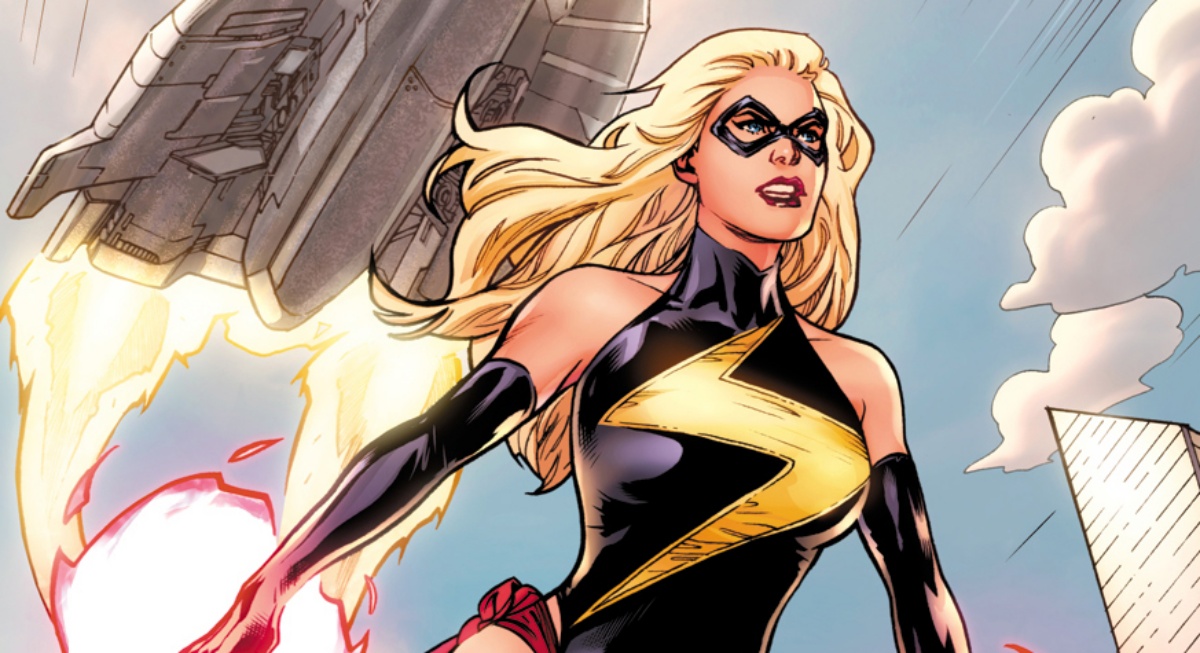 It took almost two months and a whole other Marvel movie beforehand, but I finally saw Captain Marvel after all the hype, backlash, and think pieces, and I found it to be pretty damn enjoyable. Part of the reason I waited so long to see Captain Marvel is that I’d been told so much about it from both people who really loved it and people who didn’t care for it at all, regardless of gender identity.

As someone who feels lukewarm about Wonder Woman and has no attachment to Carol Danvers other than that she’s the person Rogue got her powers from in X-Men, I didn’t see any reason to be plunged into what the movie became. Instead of just being another superhero movie, multiple elements joined forces to make Captain Marvel a conversation about gender and representation within the MCU and superhero movies in general, which I don’t think any movie is equipped to do.

Wonder Woman has the unique situation of being created to express female superiority, while Carol was created to answer certain things within the women’s rights movement (her original name being Ms. Marvel was seen as progressive for the use of Ms., and there is a storyline in which she fights for equal pay), but then, three years after she was created, she was taken to an alternate dimension, brainwashed, raped, and impregnated by some bad guy. Avengers #200 was a hell of an issue.

Carol Danvers has been slowly revamped over the years to become a more and more important member of the Avengers and Marvel teams in general. That and her name make her an ideal character to lead a Marvel movie since they didn’t originally have access to the women from the X-Men. This isn’t the first time the MCU has taken a lesser-known character and turned them into a lead, which is why all the “Captain Marvel isn’t as popular as Wonder Woman” stuff is confusing to me. It’s not like the Guardians were more popular than the Suicide Squad or Iron Man was more popular than Batman when their movies were made. Marvel’s used to this by now.

In terms of cons, I didn’t like how a lot of the fight scenes looked. They felt sort of unpolished to me, and I wish there were just more women in the movie for bigger chunks of it. While I was excited to see Nick Fury, I wish we got more of the relationship between Carol and Annette Bening. I also loved seeing hints of the Carol/Maria friendship, but I disliked how she didn’t have her memories and couldn’t fully respond to some of the emotional cues.

Also, while I’m not opposed to shipping Carol/Maria (I’m actually surprised at how popular a queer ship with a Black person is, tbh), I think we need to raise the standard of what we accept as queer representation, because accepting the bare minimum is how we end up with the Russo brothers thinking they’re crafting quality gay content when they’re giving us straight up shenanigans.

When it comes to Carol herself, I like how she’s kind of a cocky asshole. That’s refreshing for me and made me wish we got more snark between her and Widow. The way people had described her to be personality-less, I was shocked to see how charming the character was onscreen. It was a pleasant surprise, and I think Brie Larson carries the movie well.

In the end, Captain Marvel was on the same level as the first Thor for me: a solid re-watchable-when-it-comes-on-cable movie for me. It didn’t solve the problems of female representation in the MCU, because the problem is larger than just finally giving one female character a leading role in a movie. It’s about them creating dynamic and complex heroines across their films. I am glad she got this movie on her own to shine, and while it didn’t make me wish she had a bigger role in Endgame, it did make me long for a time when we don’t have to keep having these conversations about female-led movies.

This was the second entry in the successful female superhero standalone movie bucket, and that means next time we will be expecting women of color, canonically queer women onscreen, and not having to hold these movies to unrealistic standards of perfection. We also need to allow women to dislike a movie without calling their opinions into question “as women.”

Captain Marvel is a solid, competent film and considering that movies like Hellboy can still come out, I’m glad to see this entry in the MCU and am looking forward to her returning—this time with an adult Monica Rambeau, please and thank you.