FileSonic Halts File-Sharing Due to MegaUpload Takedown | The Mary Sue 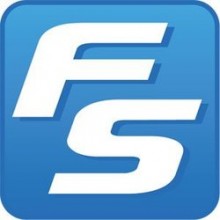 While the recent federal takedown of file-sharing giant MegaUpload was a little bit of a shock, the fact that other file-sharing sites are scaling back as a result is decidedly less so. FileSonic, one of the top ten file-sharing sites on the net with around a quarter billion pageviews per month, just took its file-sharing functionality offline; you can still upload and download, but only your own files. Basically, FileSonic just voluntarily turned itself into Dropbox.

Now it’s worth mentioning that FileSonic hasn’t said this has anything to do with MegaUpload, but the coincidence of timing makes that pretty much the only reasonable assumption. Like MegaUpload, FileSonic is based in Hong Kong, something that failed to protect Kim Dotcom and his cadre from arrest. Also like MegaUpload, FileSonic asserts that it checks its uploaded files to ensure that they aren’t copyright protected. This recent move suggest that maybe they weren’t after all, which is allegedly the case with MegaUpload; if FileSonic isn’t all the way on the straight and narrow, this is probably a prudent move.

With FileSonic, there’s also a juicy little complication that still needs to be figured out. When its file-sharing was still turned on, it had a premium service, but who doesn’t, right? Well, this premium service –unlike the Mega Manger which was just “ten times faster“– allowed users to get money every time someone downloaded from one of their shared links. This, of course, has been shut down too, not just in effect due to file-sharing as a whole being axed, but explicitly. The question is, what’s going to happen to the money that hasn’t been cashed out yet. Will it get out to users or just disappear?

The fact that FileSonic has willingly disabled really speaks to the power the federal takedown of MegaUpload had, just as a warning shot. Well, more accurately, as a warning shot right into your buddy’s chest. If the U.S. government has the evidence –and the balls– to take down a foreign-based site that it believes has been infringing once, there’s no reason to believe it won’t do it again. Granted, the MegaUpload takedown was the product of years of evidence and warrant acquisition, and a whole bunch of other due process-y things, so it’s not like the government could just turn on FileSonic right away unless they’ve been keeping an eye on them too; and there’s no reason for FileSonic to believe they haven’t. And if they haven, there’s no reason to believe they haven’t started now.

Regardless how long it may have taken to get this whole MegaUpload raid rolling, it looks like it may start affecting the entirely file-sharing world, not because the government can or will start taking down sites willy-nilly, but because everyone is going to start playing it safe in case they’re next on the list.

FileSonic’s explanation of the recent changes go a little something like this: