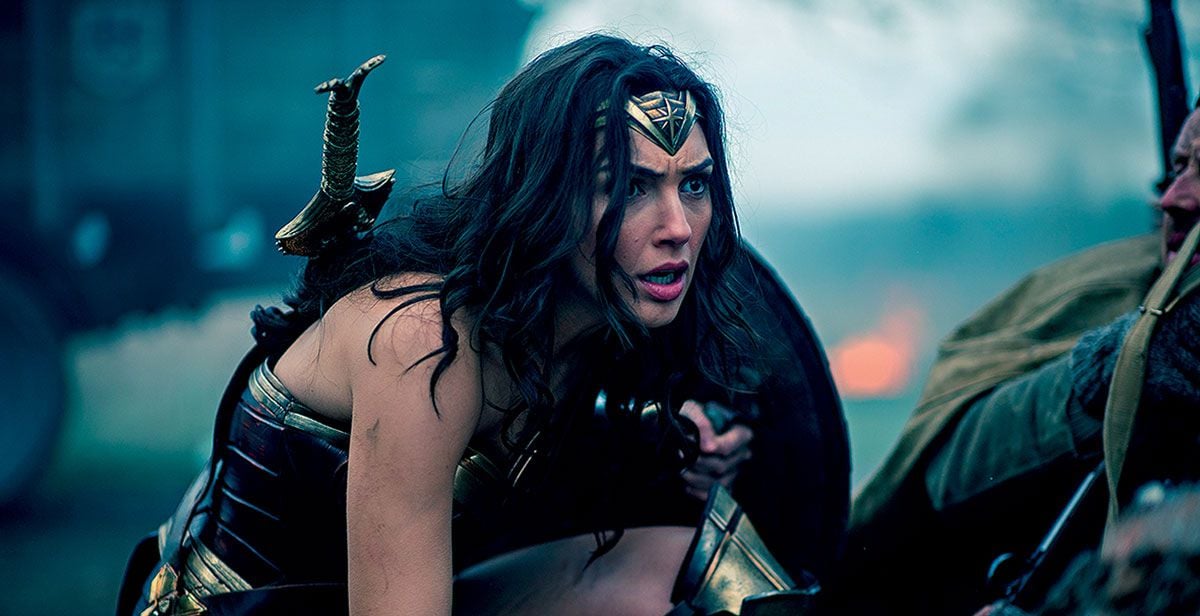 Last night, I was talking to a friend of mine about Star Wars discourse when she suddenly stopped in the street and whispered to me, “Don’t tell anyone, but I just don’t really like Rey, I think she is boring.” I hugged her and whispered back, “I think the Wonder Woman 1984 trailer looks really bad.”

One of the deeply frustrating aspects of working in this industry is seeing how quickly, and often, the leading conversation about a women-led/directed movie, especially if it is an action/comic book film, is what men think about it. And as a feminist pop culture critic, I do not care about elevating that discourse anymore. I want to have a conversation with other women who have complicated feelings about stories and characters that are “for us.”

Now, I do like Rey and I think that a lot of the allure of her is getting to have a badass female Jedi in media. That is important. However, Rey is also a Star Wars protagonist, which means there is an element of Boring Typical Protagonist(TM) aspects about her. When talking about that aspect, we aren’t doing it to say that she shouldn’t be powerful or that she’s a “Mary Sue” in the pejorative sense. What my friend was saying, is that Rey feels like a canvas for young women to put themselves into and not a fully realized character, and that is a valid criticism.

The fact that she feels worried about saying it because it might make her look “unfeminist” is a disappointing reality.

My lack of interest in Wonder Woman is well noted and for a while, I felt really bad about it. I felt like I was yuck-ing other people’s yum and I felt like I was missing something by not having the emotional reaction other women had. What I realized is that Wonder Woman, while a character I respect, was never an icon for me in that way, nor do images of beautiful white women in power poses do it for me in that way. Plus, I just find the film version of her just very dull. I think Xena really spoiled me. I know other women of color had emotional reactions to Wonder Woman and I don’t dismiss that, but I think it’s also fair for others to say “I want more.”

We should have a lot more room to say that we want more, that we want better, that feminism that only focuses on thin, cis, white women is really, really boring. Empowerment is different than feminism and I think so many of us want it to be the same and it isn’t. Especially because I don’t think it hurts anyone or feminism if some people love Wonder Woman and some people don’t. I’m glad my co-workers and friends like it, I’m glad it meant so much to so many people.

I think being able to talk about these things will not only make for better feminist discourse, but it will also push the conversation away from cis men. If we spent all our time arguing the right for these characters to exist, we never get a chance to talk about how we feel, or what else they could be.

After Black Christmas 2019 came out, I wanted to look at reviews from other women to see what they thought about the film. A lot of reviews touched on the idea that while some viewers (like me) might have found the movie heavy-handed and clumsy, it was a film that they found emotionally validating. That is amazing and those are the kind of perspectives that I love seeing. Just because I didn’t enjoy it, doesn’t mean I want the film to fail, or that what those audience members experienced wasn’t real for them.

However, what was upsetting was seeing a review that stated that if you found the movie too preachy or too boring “you’ve probably never had to shout to be heard before, or doubted you’d be believed.” That I found to be really upsetting, because I know this is a statement that is probably addressing the men in the audience, but as someone who did find the movie “too preachy,” I do know exactly at what all of that feels like. Doubly as a Black bisexual woman.

If we are gonna be having feminist conversations about feminist films, that should mean being open to discussing these things without trying to take other women down for disagreeing.

I remember when Sucker Punch came out and seeing people say that you couldn’t be a feminist if you liked that movie. I was a baby feminist at the time and I remember feeling very deflated watching it, especially because that same year I watched “feminist” film favorite Scarlett O’ Hara in Gone with the Wind and felt so turned off by it. While now I am older and much better at explaining why Sucker Punch fills a lot of my empowerment fantasies even though it is not a feminist movie, I still remember those kinds of comments hurting me because it made me feel isolated rather than included.

We need to encourage thoughtful discussions, rebuild the idea that people can disagree in good faith, and also know that everyone is trying to unlearn the sexism that we were raised around. Let’s refocus the women in these discussions, not sexist men and their pick-me allies.