Fig’s ALARMclock Puts You down to Wake You Up

We'd be more on board if it had GLaDOS's voice. That is our preferred variety of robot insult. 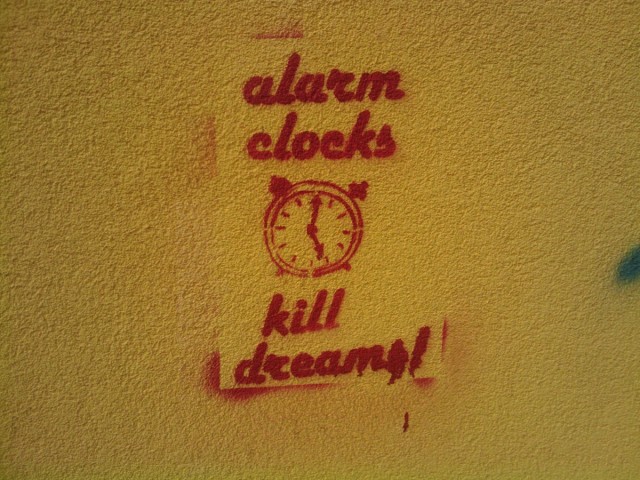 Waking up in the morning is the worst, but it’s also a necessity for most of us to keep our jobs. Alarm clocks and smartphone apps in recent years have tried to find a way to wake us up through gentler means than screeching alarms, but Fig’s ALARMclock will get you up in the morning by reminding you of the things that keep you up at night.

Here at Geekosystem, we think the best motivation to get out of bed in the morning is listening to a compilation of David Tennant saying nice things to people as the Tenth Doctor, but Fig sees it differently. Instead of motivating you to start your day, the ALARMclock will, well, alarm you to prevent you from falling back to sleep. Maybe they’re sticklers for the literal?

It will remind you of things like your bank account balance, the number of friends you have, and give you an estimated life expectancy all based on live data that you set it to pull from the Internet. If you don’t feel particularly insecure about any of those things, don’t worry; they’re working on adding new ways for their evil little box to unsettle you.

While not entirely motivational, these facts about your life are intended to get your brain stuck on the kinds of insecurities you need to forget about to sleep at night. If that isn’t enough to put your brain into a nervous state that repels sleep, it will tell you all of these things in a calm robot voice that makes you want to punch it in its smug little face—if it had one.

The evil contraption’s Kickstarter campaign has already surpassed its funding goal, so masochists will soon be able to own the most depressing alarm clocks in history. That’s impressive, considering how depressing regular alarm clocks are.

(via Engadget, image via murdelta)