Fifty Shades Freed Reminds Us That Consent Means Nothing Without Respect 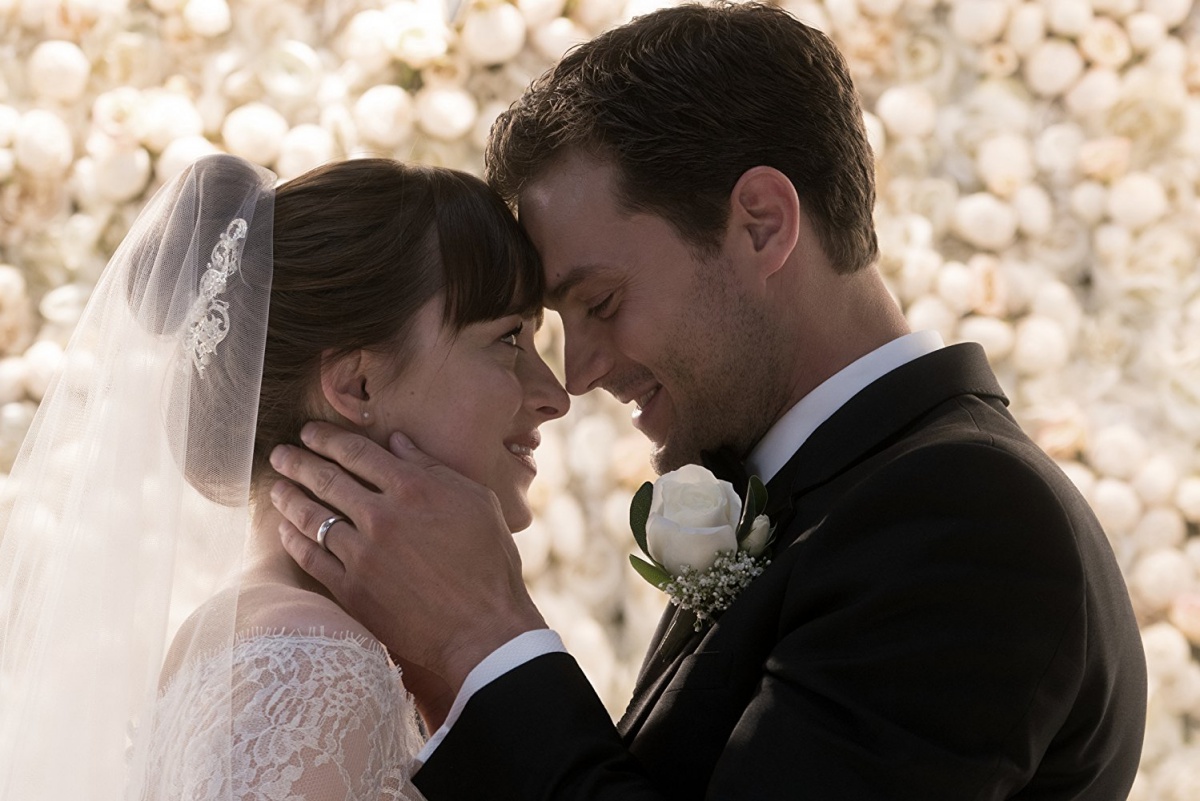 Talking about Fifty Shades as a franchise is complicated. Does it deserve ire? Yes. Does it deserve more ire than many other films? In a lot of ways, no. Fifty Shades is a wish-fulfillment fantasy for women and that is okay. Plus, cleary it resonates. The film is already dominating the box office and while those numbers will probably plummet later, the reality is that Universal has already made it’s money back in spades by investing in the franchise. No matter what critics, academics and pop culture critics may think about it, the series is a success. That being said, the issues with the Fifty Shades series that do deserve criticism are big problems.

From the time the books came out, there were conversations about how they portray consent. Mostly surrounding the contract that Anastasia signs in order to begin her sexual relationship with Christian properly. In an article by Variety author Amy Nicholson argues that the Fifty Shades series is all about consent because when Ana uses her safeword, Christian stops sex. Nicholson also points out that the series has already let Ana win one of the most important #MeToo fights by getting her stalker boss fired in the previous film, a plot thread that will continue into the final chapter of the franchise.

Anastasia has already won one of #MeToo’s most important fights. Ana’s male boss, Jack Hyde (Eric Johnson), who stalked and attacked her in “Fifty Shades Darker” has been fired for sexual harassment, and she’s taken his job. Jack will return, of course, whining about the humiliation of his wrecked life. Though the film wrapped shooting a year ago, it couldn’t feel more fresh — audiences can’t help picturing any man in recent headlines bewailing the same complaint. It’s no spoiler to say Anastasia triumphs. She always does. And hopefully for other women who’ve faced down similar bad bosses, her victory won’t just be a fantasy.

Now, on the surface level, this sounds great and I don’t completely disagree that it’s great that the narrative is completely on Ana’s side and that Hyde gets his comeuppance. However, context is everything and in the Fifty Shades series, the problem in the relationship between Ana and Christian isn’t just about consent, it is about respect.

Within their relationship, Christian constantly pushes Ana in ways that are uncomfortable, even while we are told that it is out of love and the love they have for each other. For example, in this movie, there is a scene where Christian uses sex to punish Ana for disobeying him and “putting herself in danger” while Hyde is looking for them. However, Ana only “put herself in danger” by going out with a friend instead of coming home right away. But Hyde was able to break into their fancy apartment, so what difference would it have made if Ana went home right away or not?

The problem is rather than communicating with his wife, he uses sex as a way of working through his control issues. Ana does something for herself, like take off her top on a nude beach, Christian covers her up and takes her away so they can have sex. He gets jealous of Ana speaking to an author while throwing a mini hissy fit about her not changing her last name to Grey.

When Ana finds out she is pregnant, Christian again goes on a tantrum, this time going back to his own sexually abusive ex instead of talking to his wife about the issue. Now, I could talk about the issue of abortion in this case and how Ana “forgetting to take her shot” is one of the worst excuses for an accidental pregnancy ever, but Lindsay Ellis had a great thread about it on Twitter last night.

I don’t think I’ve ever left a 50 Shades movie… angry? Because I knew more or less what to expect? But I’m kind of struggling to think of what’s NOT harmful and terrible about his franchise at this point.

But let’s just go with the story that tells us that Ana wants to have a baby with her husband, who she has only known in total for a year at this point. His reaction is so petulant. He doesn’t want to “share” Ana with a baby because it means they will stop having sex and she will choose the baby over him. While Ana calls him out on it (which was A+ from Dakota Johnson), that is quickly erased because the Hyde plotline comes into play that exists for the sole reason of having Ana’s life be in danger so that Christian can realize that he wants her and the baby.

Also, the reason why Hyde is captured by the police and Ana “lives” is that Christian has a tracker on her phone. Which Ana is aware of apparently because she grabs a decoy phone so that Hyde destroys that one and not her real one.

Christian may “love” Ana, but he does not respect her. If he did he wouldn’t turn her every autonomous action as an excuse to pout and punish.

While it is fine to enjoy Fifty Shades if that is your cup of tea, trying to turn it into a #MeToo story is not only disingenuous but if that was the case, then it shows that the only way women can outmaneuver a sexually aggressive boss is to have an equally sexually aggressive and rich boyfriend handle all your problems for you.

Ana is successful not because of anything she does, but because Christian gives her the means to fight on a financial level. When Hyde harassed her, she didn’t go to the police, she goes to Christian. He buys the company, fires Hyde and gives Ana a promotion. That’s not the #MeToo story, though maybe it would be great if it was (minus control issues boyfriend).