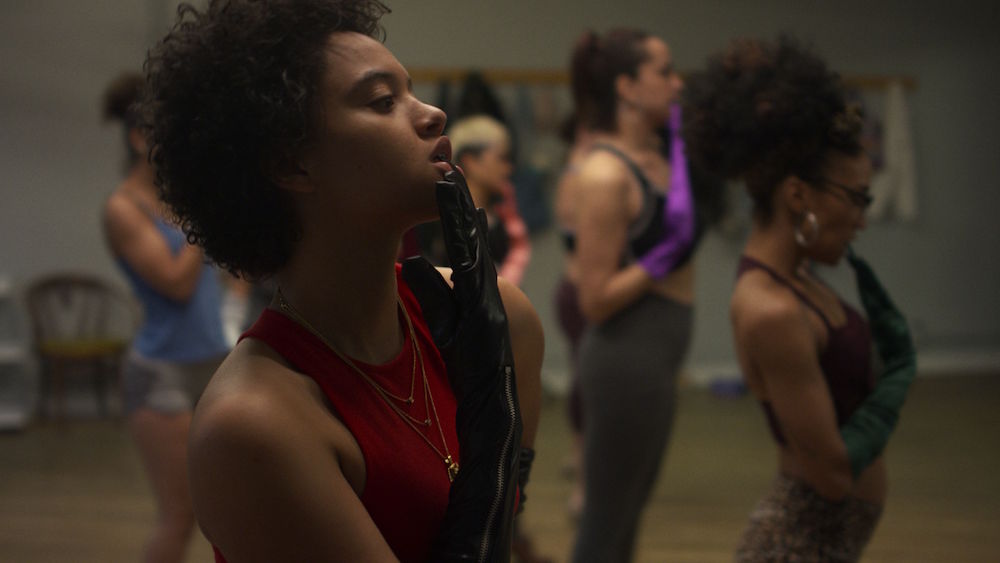 We talk about it all the time. Who’s not a feminist? Who is a feminist? Who’s not enough of a feminist? And most recently, who’s the baddest b****? It runs the gamut from Taylor Swift to Emma Roberts to Beyoncé. Feminist policing has become a part of our daily interrogation, and it’s pitted women against other women in a way that is too often nasty and completely against the cause. The reality is, everyone is going to have their own standards when it comes to evaluating and identifying with feminism, which may be contrary to others’ views (certainly I have mine, as I’m sure you do as well). But it’s how we choose to empower ourselves amid a cesspool of male toxicity that will define us.

I thought about this while watching the penultimate episode of the second season of Easy on Netflix. In case you’re unfamiliar (and if you are, I implore you to watch), the anthology series follows young Chicagoans navigating love, careers, parenthood, and our evolving culture in the digital age. That said, these characters often confront some of the same issues we discuss—including the feminist double standard in the “Lady Cha Cha” episode.

This isolated story sees the return of Chase (Kiersey Clemons) and Jo (Jacqueline Toboni), the couple first introduced in season one, as their relationship hits another bump in the road. Free spirit Chase has recently taken up burlesque dancing and found that it gives her a whole new type of confidence and sexuality unlike anything she’s ever experienced. She’s practically floating on air these days, exhilarated about learning the next dance move in her class and reclaiming a sense of ownership and power over her own body—vital during these times.

However, her excitement is met with tepid praise from Chase, who oh-so-passive-aggressively expresses her disdain about her girlfriend’s new hobby. To her, it’s a passing interest, something she hopes Chase will get over because why would any respectable woman gyrate on a pole practically naked in front of a bunch of strangers cheering from their seats, right?

Wrong. Chase’s commitment to burlesque is very real, so real that she’s getting ready for her first big performance, to which she invites Jo. But Jo has already made up her mind about the whole thing, and she isn’t interested, which offends Chase. To make matters worse between the two, Jo invites Chase to an art opening at her gallery (which she eagerly accepts because that’s what couples do: support each other) and to Chase’s surprise, it features a performance of a group of women writhing on the floor, covered in nothing but paint.

Never mind that Jo practically reprimands Chase for handing out flyers for her own upcoming performance to attendees of the gallery event. Never mind that Jo wouldn’t even consider attending Chase’s event. Jo is actually offended when Chase abruptly leaves the room in anger. It’s assumed that, because this is an art show at a fancy gallery, the nudity is more eloquent and at a much higher standard than what’s seen inside of a dark night club.

Needless to say, Chase and Jo have it out in the stairway just outside the performance room. And Jo is actually pissed—seriously, PISSED—that Chase would walk out like that. Okay, first of all, rule of thumb for everyone, as this is something that comes up on social media all the time: it’s counterproductive to be angry that someone else is angry. That doesn’t solve anything, and it doesn’t acknowledge the real problem; it exacerbates it. But it actually ends up being a pivotal moment in the episode, as tempers between the two are at their peak, and Jo makes a difficult admission that reveals a need to control her own girlfriend’s body. She uses words like “protect,” and “possessive,” and “love” in the same sentiment, as if they all mean the same thing to her. The very thing that Chase is trying to free herself from, her girlfriend is apparently desperate to retain.

This idea of controlling our own bodies, something that we mostly talk about in terms of the male gaze, is also something that we as women have to check ourselves about from time to time. When we are dragging pop stars for dancing seductively on stage or posing suggestively on a magazine cover, how does that play a role in how we police each other’s bodies? I say this to myself as well, as this is something that I have had to check myself about because, like I wrote up above, not everyone’s feminism and sense of empowerment will come from the same place. But this episode really made me think about how we can do better.

I won’t spoil the rest of the episode (but seriously, watch it—it’s so good), but I’ll just say that this moment in Jo and Chase’s relationship encourages both of them to really listen to each other and support their quests for identity in a world in which anyone can get so easily lost. Because isn’t that what we all want—the ability to live in our bodies without them being governed by someone else?  We deserve that.

Candice Frederick is an award-winning journalist (ESSENCE), founder of the film blog Reel Talk Online, co-host of the pop culture show “Real Live” on ABC News Live, and a freelance TV/film critic living in New York City. You can find her work here. Follow her on Twitter.