The State of Feminism in Young Adult Fantasy: Viewing Femininity as a Strength, Not a Weakness 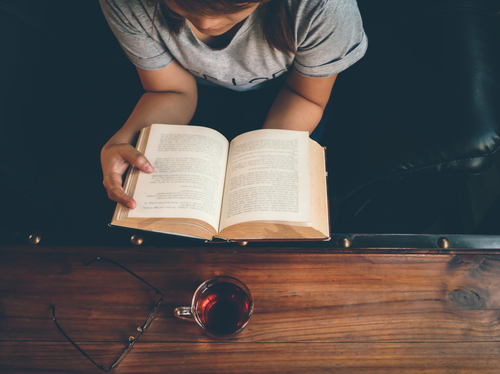 Quick! Name a live action superhero female with a movie.

Elektra: 2005 Spin-off of Daredevil. Does anyone admit having watched it?

The Invisible Woman was 25% of the Fantastic 4 in two movies. Partial credit because they are, by definition, a team.

Gamora of the Guardians of the Galaxy films. Again, partial for the team aspect.

Black Widow had roles in both Avenger movies… along with 5 dudes and Loki. Still, she kicked enough ass to earn partial credit.

Wonder Woman is coming in 2017. The trailers look promising, but we’ve been disappointed before. However, she only earned a film of her own after outshining the lame plot and lackluster title characters in Batman vs Superman.

That’s a total of four, plus four team films. All the single ladies were spin-offs.

However, we could fill pages with the movies starring Batman, Superman, Spider-Man, Iron Man, Captain America, Hulk, Thor, Flash Gordon, Green Hornet, Green Lantern, Deadpool, Ant Man, and a dozen other guys, not to mention a few about turtles. Several were flops, too, but have you noticed how that often didn’t affect whether they got more movies. In fact, Hollywood often doubles down on those.

According to Wikipedia, Wonder Woman is the only female lead superhero film scheduled through 2019. I’m disappointed that such an iconic comic book character is years behind Ant Man (who is getting a sequel after a mediocre film), let alone Supergirl and Catwoman. Not that I mind looking at Thor’s abs or Captain America’s tush. (What? Do you think guys are admiring Black Widow’s math skills?) I just hate that women have to prove their worth as a side character before they get a half-assed movie of their own, let alone three.

So what leading ladies are young women flocking to see in comparable numbers? Well, even guys have heard of Katniss, Bella, Tris, and Rey. Maddy and Starr will be coming soon, and it’s rumored also Celaena and America. With the exception of Rey, who has the Star Wars franchise to back her up, it’s no coincidence that all the stories are coming from young adult novels. Why?

Simple: That’s where the audience is spending its money.

The majority of young adult fiction readers are of the female persuasion, just as how the population of comic book fans can be thought of as mostly comprised of dudes. As a result, the majority of the leads in those books are girls, so much so that many guys won’t even go into that section of the bookstore. (I have two teens, so I know.) That’s why books aimed at boys are on display tables more than shelves–otherwise they won’t be seen. The balance of authors is also woman heavy, whereas movies are made mostly by men, and that probably has a lot to do with the whole women are verbal and men are visual thing. But just as water flows downhill, women of all ages flow to the places where their stories are told.

More and more these days, that’s the young adult section.

For decades, there was a division within the category. There was the “girly” social issue/contemporary side and the tough, magical, fantasy heroine side. The female characters of the former were very relatable both in the problems they had and in the way they handled them. As for the latter, in fantasy, characters were hard-charging and lethal, wielding magical powers and swords like a badass. Those ladies were strong feminist role models, but their lives didn’t really match up to readers’. When was the last time you threw a ball of fire at an evil wizard or chopped off an orc’s head?

Without admitting how old I am, I’ll say I’ve noticed a shift in fantasy heroines of the last few years. It used to be that these women were entirely unfeminine, sometimes unrecognizable as women except for the fact they had breasts–often hidden, of course. Some of the characters were so masculine the reader had to be reminded frequently that they were women. For example, Celaena Sardothian, the legendary 17-year-old assassin, thinks and talks like a man, but she loves shopping, frilly nightgowns, and bubble baths after a long day of throat slitting.

Don’t misunderstand, Celaena is a great character with realistic flaws, but compare her to another of Sarah J. Maas’s leading ladies, this time from her newer A Court of Thorns and Roses series. In this Beauty and the Beast retelling, once Feyre is freed from the masculine role of providing for her family, she enjoys rediscovering the femininity she had suppressed out of necessity. Now in the fifth book of her own series, Celaena is showing similar signs of embracing the life of a woman. In young adult fantasy, feminine heroines are becoming more and more common.

In general, I think this is a positive trend. If the only heroic characters young women read about are female in name only, they receive the message that in order to succeed, to be brave, to make a difference, they must think and act like men. It tells them that their feminine instincts, thoughts, desires, and emotions are wrong. How is that any better than forcing a girl who wants to be a fighter pilot to be a nurse?

Six of Crows: Nina is physically the weakest of Kaz’s gang, but she plays a vital role. As a heartrender, Nina’s magic allows her to heal wounds and manipulate emotions and mental states. She not only saves lives, she holds the group together with her empathy and gentle ways. It is a mistake, however, to consider her weak. In some ways she is stronger than all of them.

An Ember in the Ashes: Laia is not a fighter by any standard, but ironically, that’s her advantage. Her apparent weakness makes people underestimate her at every turn. While she needs to be rescued several times, she never waivers from her goal and develops a loyal circle around her. When she finally discovers her magical talent, it’s no coincidence that it’s invisibility.

The Winner’s Curse: Kestrel learns to fight growing up because she’s expected to, but she’s never more than adequate. She’s suited for neither the military nor marriage. Her real strength lies in strategy. She may not have the combat skills of a general, but it’s her mind that defeats her enemies.

The Kiss of Deception: Lia is a runaway princess and no warrior–at first. She evolves over the series, meeting challenge after challenge and finding courage she never knew she had. But she’s always a woman, and that is her gift in a world dominated by men.

Sage Fowler, the main character of my own debut novel The Traitor’s Kiss, follows a similar pattern. She’s not strong or especially skilled, but she works with what she has and is eager to learn. Because she wears dresses and knows how to act like a high-born lady, she can get close to people and information the professional spies can’t. Sage’s greatest asset, however, is her way of thinking. She can link seemingly unrelated events into ideas and conclusions. Thanks to that and her knowledge of social connections and matchmaking, the soldiers are prepared to face the deadly situation they’re in.

The best thing about all these characters is how their feminine qualities can be understood and embraced by young women. Having courage when you face a physically daunting task or foe, forming the emotional backbone of a relationship, using creativity to solve problems, evolving to meet the challenges you face–these are all skills that are transferable to teens now, in the real world.

Erin Beaty was born and raised in Indianapolis, Indiana, which means she can’t drive a tractor, but she won’t eat veggies that come from a can. She graduated from the U.S. Naval Academy with a degree in rocket science and served in the fleet as a weapons officer and a leadership instructor. She and her husband have five children, two cats, and a vegetable garden and live wherever the Navy tells them to go.