Feminism Around the World: Nicaraguan Woman Literally Demonized and Burned to “Cleanse” Her Soul 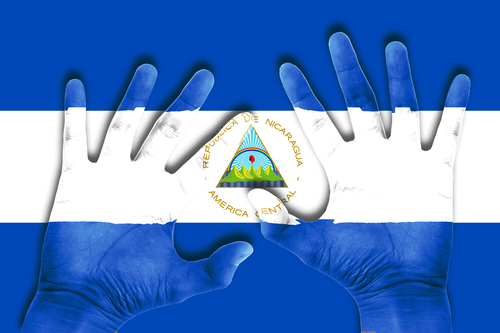 NICARAGUA: Woman Killed After Being Burned to “Cleanse Her of Demons”

25-year-old mother of two, Vilma Trujillo Garcia, went to her church in her small town in Nicaragua to be healed, and was told by the priest that he had a vision where he needed to build a fire to cleans her of her “demonization.” She was then stripped naked by her congregation, had her hands and feet tied, and was flung into the fire, suffering 2nd and 3rd degree burns on 80% of her body.

But because that’s not bad enough, she was then left in a ravine near a riverbank, where she wasn’t found until nine hours later, when her 15-year-old sister stumbled upon her. Garcia died last week, after spending several days in critical condition. The evangelical pastor responsible, Juan Gregorio Rocha Romero, church leader Esneyda del Socorro Orozco, and three other congregants have been arrested.

According to The Washington Post, “Speaking to local press, the pastor denied that he had burned the woman, saying that she decided to burn herself because ‘she was demonized,’ he said, adding that she had fallen into the fire after a demon had been expelled from her body.”

Of course, this doesn’t explain why, instead of taking her to receive medical attention, they left her in a ravine to die.

While there are several theories as to why this may have happened to Trujillo Garcia in particular (That she was mentally ill, had committed adultery or that she attacked people with a machete), none of which have been substantiated by law enforcement, or a certain level of blame placed on backwards religious practices, there is a larger, more serious concern: femicide.

As a whole, Latin America has the highest rates of femicide in the world, as reported by Reuters. According to the activist group “Voces contra la Violencia” (“Voices Against Violence”), there have been 345 women who’ve died violent deaths between 2012 and 2017 in Nicaragua, a country of just over six million people. So yes, while other factors may have contributed, ultimately Trujillo Garcia being a woman made her a most vulnerable target.

I received the tip about this story from TMS reader Marlon Avilés Silva, who is from Nicaragua. He sent me Trujillo Garcia’s story along with the following context (which I’m including unedited. Please note this is quoted from him directly, and is only one person’s assessment as someone who lives there):

You’ll see: since 2007 we are ruled by the FSLN, a left party that won the Popular Revolution in 1979, in a war that was supported by most of the country’s population

In the begining, the governt fought to avoid illiteracy, improve personal income, fight poverty, corruption, health coverage AND the inequality between men and women and the access to social policies, employment, school and credit.

However, the CONTRA war and the Blocking sponsored by the USA undermined the popular support to the government and it lost power in 1990 in election; has to added that some accusations of corruption were common to many Party’s members, which contributed to loss of approval.

Since 2007 the FSLN came back to the power and has created and dodged many laws that have allowed it to build a dynasty headed by the Ortega family.
In last year ‘elections’, the Vice President candidate was the wife of the President, under the motto of gender equality; however, in former positions, Rosario Murillo and daniel Ortega, current Vice and President, have supported laws and policies to ban abortion, even in case of violation to girls of 13 or 14 years, have dismantled the Gender Police Corp and have disminished the legal figure of Feminicide to be considered only when the assessination of a woman was executioned by a familiar, which has caused that the official quantity of women killed by violence acts have dropped comapred to previous years, underregistering the cases.

Some considerer this crime slicely related to the government policy of considering that Nicaragua is a christian country, but Constitution stablishes Secularism and the proper separation betwwen State and Church

Factually, the country is ruled by the Vice President, Rosario Murillo; which means no matter if a woman is rulin a country, instead of her commintment to the equality cause. Instead, she alignes with Church’s powers to assure her permanence and the continuity of the dynasy, since Nicaragua’s people is a very conservative and Catholic, and the alingment with Church shows her as a ‘good’ persona

He then mentioned an initiative called ¡Las queremos vivas! (We love them/want them alive!), which aims to “to create a dialogue and some popular pressure to the government” to take violence against women more seriously. According to Marlon, ¡Las queremos vivas! is galvanizing people across the country and proving that there is a strong base of support for fighting the gender inequality in the country.

We stand in solidarity with the women of Nicaragua, as well as all the women of Latin America and their allies, in the struggle against gender-based oppression. And thank you, Marlon, for bringing this story to my attention!

SPAIN: “Madrid orders bus with anti-transgender message off streets” (El País, 3/1/17) *Thanks to TMS reader Marta Rama for the tip!

IRELAND: “Remains of Infants and Fetuses Found at Former Home for Unwed Mothers in Ireland” (Jezebel, 3/4/17)