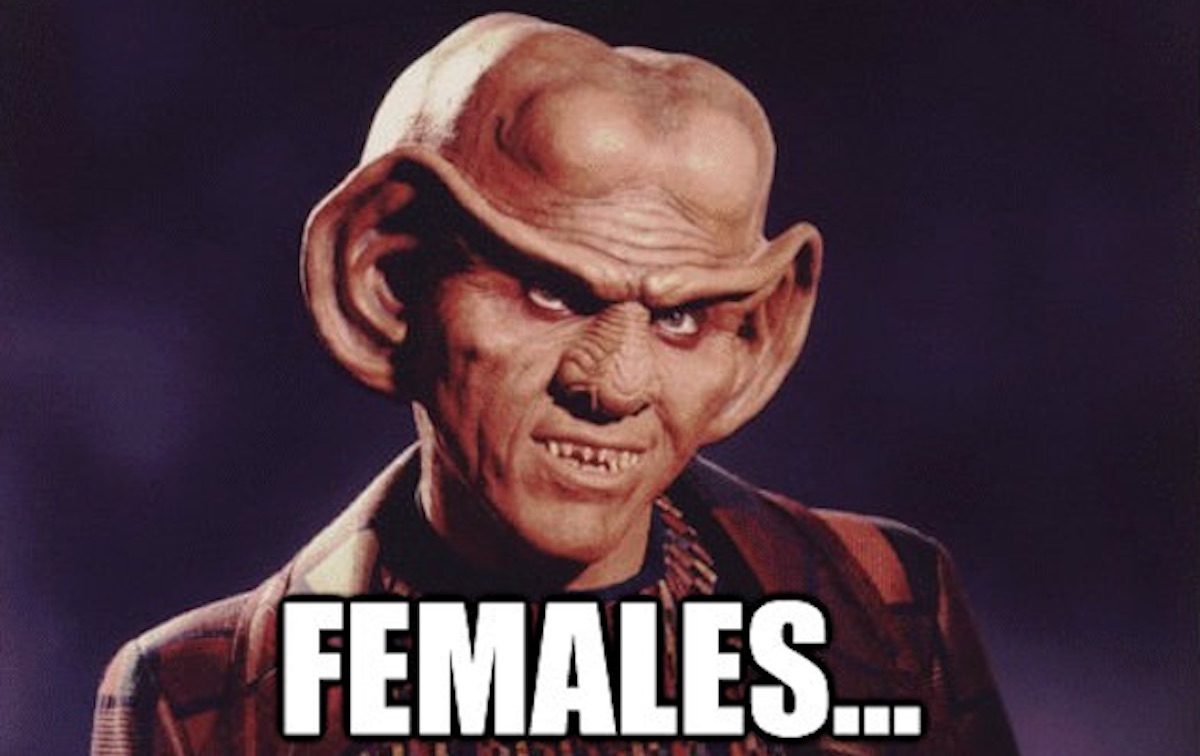 [Update, 1/8/2019] According to The Washington Post, the “Ellie” account was a hoax by a male player, with a claim made that it was done as “kind of a social experiment.” You can read the full Post investigation into these events.

Kudos to outlets like Kotaku and Comicbook.com for their straightforward reports on the hounding pro Overwatch player Ellie received, but Jesus Christ, people, aren’t you as exhausted by this as I am?

At the end of December, “Ellie” was announced as a new member of Second Wind, a team in Overwatch‘s official Contenders minor league. And lo, the toxic Internet of folks with far too much sexism on their hands kicked into immediate gear. As Kotaku explains:

[…] on Twitter, Reddit, and YouTube spun to life with a fury. “Who is Ellie?” many fans asked, with some pointing to her relatively low account level and sudden appearance on Overwatch’s ranked ladder as being grounds for suspicion. Some speculated that she was a longtime player who’d switched over to a smurf account in order to maintain privacy, an idea that dovetailed with her apparent decision to not give out her legal name. In contrast, every other player on a Contenders roster has their full name listed alongside their gaming handle on the official Overwatch Contenders website.

Ask yourself if any of this would have happened if Ellie had emerged with the moniker “Elio.”

Ellie did her best to counter the people who devoted their limited life energy to questioning her existence because something something girls and video games. Surely this pro lady gamer must actually be … a man.

Some fans believed the mystery about Ellie’s name called her entire identity into question, including her gender. Ellie is one of very few women in Blizzard’s Overwatch Contenders league, and some fans speculated that she could be any number of notable male players impersonating a woman. In answer to these rumors, Ellie played Overwatch on stream and even brought on one player she was suspected of being, a top-500 player named Punisher, to prove that they were different people.

It’s not enough to stream and be present with the player who’s imagined to be impersonating you because a GIRL PLAYING VIDEO GAMES, PRO? WHEN I, A GREAT THINKING MIND ON REDDIT, AM NOT MYSELF A PRO? A FEMALE? This would never happen on Ferenginar!

A handful of other Overwatch pros even got involved, with Atlanta Reign player Daniel “Dafran” Francesca speculating during a stream that “someone is playing on this account, and Ellie is talking right beside them.”

Listen, “Dafran”—I know this might blow your mind, but not everyone has so much investment in the video game Overwatch that they’re out to pull off a gender long con for reasons unknown. How, exactly, does this alleged hoax even benefit a “fake” Ellie? Some guy cooks up an elaborate scheme to go pro in a minor league as a woman, because that is obviously so well-received and full of perks, when they are in fact secretly not a woman. This guy is apparently a glutton for harassment and doxx threats? He dreams about having his every move questioned and his safety compromised for the entirety of his gaming career?

Let’s take your theory one step further. To drive home the idea that the man playing as a lady is, in fact, a lady, with all those rewards and accolades that come from being one in gaming circles, they draft a “real” female to serve as their voice? That seems like some spectacular coordination, as well as the incredible fete of finding a woman who wants to sit next to you, a man, playing Overwatch pro as they, a female, also know exactly what to say about gameplay in real-time. Seems totally legit and plausible and like a thing that people might do with their free time.

Or maybe, just maybe, we should apply Occam’s razor and conclude that the explanation that requires the least amount of speculation is likely correct here. Explanation one: woman is good at video game, goes pro, does not reveal legal name due to decades of harassment suffered by women in gaming. Explanation two: man masquerades as woman going pro for unknown reasons, finds actual woman to voice “him” on stream, apparently hopes to be doxxed and threatened for his efforts, then quits the whole thing when the inevitable comes about.

Ellie, meanwhile, tweeted out screenshots of what appear to be Discord chat logs of a high-ranked (and banned) Overwatch player named Haunt arguing in favor of doxxing her, “just to figure shit out.”

I mean, why on Earth would Ellie have wanted to keep her real name obscured in the first place? Can you even imagine what might have possibly motivated her, “Haunt”?

Eventually, Ellie did what all of this harassment and hounding was designed to have her do: she left Second Wind.

“When we brought her onto the team, people acted like we had brought on a symbol of empowerment,” Hughes wrote. “I get that people meant well, but on one side, we had people questioning her legitimacy, issuing threats, etc. while on the other hand, we had people acting like they had found their Messiah. Between needing a player to live up to huge expectations and having to question their own safety, it seems that the OW community isn’t ready to just view a player as just a player. We wanted a player, but it seemed like the public wanted something else.”

I’m not really sure I’m digging the “both sides” justification here, Justin, though it’s worth highlighting that perhaps some people saw Ellie as a symbol of empowerment and a “Messiah” because there are so few pro female Overwatch players? I know I’m going out on a limb, but I’d say “issuing threats” is weighted more heavily here as to why Ellie quit than being seen as a symbol of empowerment.

There are several terrible elements in play, the first being that Ellie felt threatened and had to abandon what must have been an exciting opportunity in her life, the second being that the baying Internet hordes won this round. But an even worse resounding impact from how the Ellie situation played out is that female players may be even more hesitant to go pro, and pro teams may be even more hesitant to bring on female players.

Ultimately, as Kotaku points out, “Esports is not a meritocracy; it’s a male-dominated scene in which gender essentialism runs rampant, and in which women are often made to feel unwelcome.” How sad is it that we’re still here, even with a game like Overwatch? Overwatch is the most gender-diverse first-person shooter in the world; around five million women play the game.

Yet it’s beyond belief that Ellie, one woman out of five million women, might be good enough for the pros? That’s the thing: it isn’t. People putting forward preposterous conspiracies about Ellie being a man have to know they’re spewing bullshit; there’s obviously no gain in that scenario. They question her, and threaten her, because she’s better than millions of other men who weren’t offered a spot in Blizzard’s Contenders. And those who are already pro question her because A GIRL CLIMBED THE LADDER TO OUR TREEHOUSE FORT? Girls are notoriously poor at navigating ladders! A female is as good as I am? What next, will they be wanting to wear clothes?

Seeing headlines about what happened with Ellie don’t even induce outrage in me, just exhaustion and disgust. I’ve lived too long on the Internet. The situation isn’t surprising or shocking in the slightest, and that should be the outrage.