Female Cyclist Forced to Halt Race After She—Gasp!—Caught up With the Men 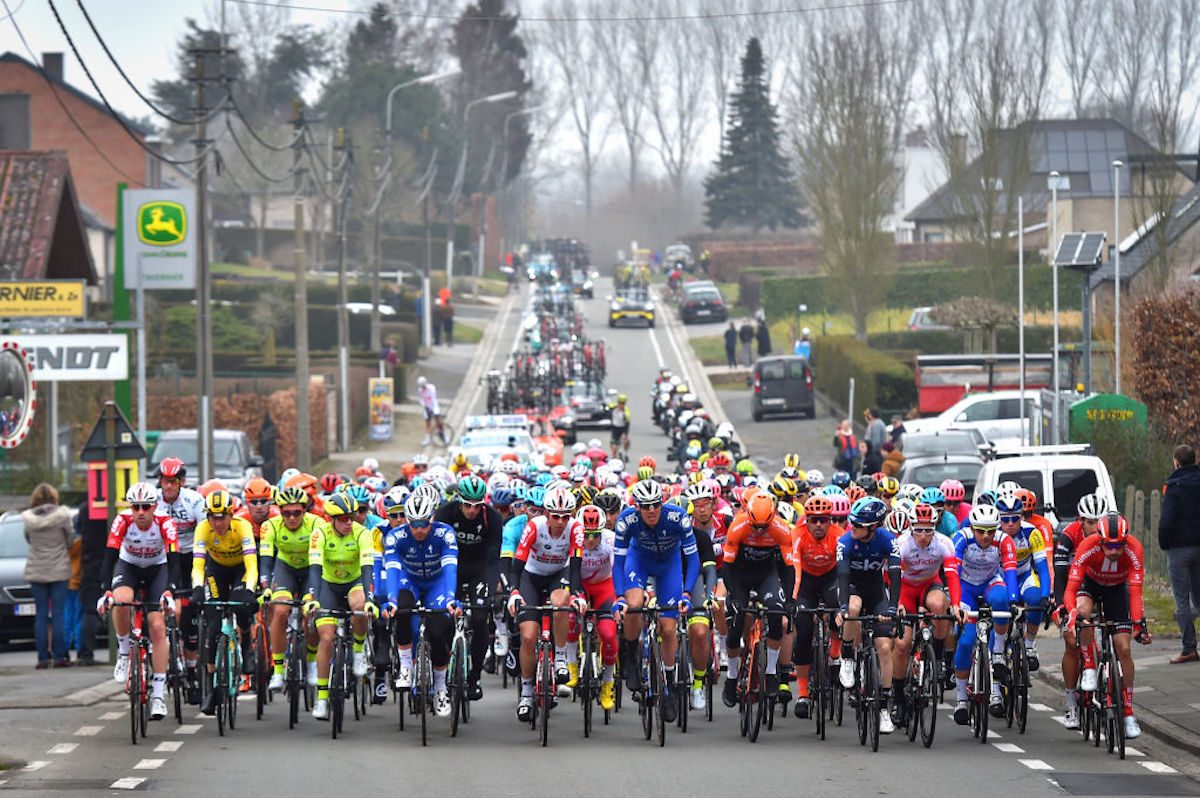 Today in sexist nonsense: a Swiss cyclist was made to stop mid-race after it appeared her surge would take her into the men’s competition, which had begun ten minutes prior to the women’s race.

Swiss cyclist Nicole Hanselmann described it as an “awkward moment” when she was held up in Saturday’s Omloop Het Nieuwsblad race after she broke away from the women’s pack and caught up with the men’s support vehicles.

She had developed a two-minute lead 30 kilometers (18 miles) into the 120-kilometer (75-mile) race when officials asked the 27-year old former Switzerland road champion — and the women’s race — to stop at a level crossing until the gap with the men’s race was restored.

Hanselmann feels that the decision to stop her broke her momentum, which resulted in her ultimately finishing 74th. I would just like us all to close our eyes and picture scrambling, sweating cycling officials forcing Hanselmann to press pause on her efforts “due to a very slow mens race.”

That was the phrasing tweeted out by Omloop Het Nieuwsblad’s Twitter. But wait, the word choice gets even better (by which I mean much, much worse):

Neutralisation of our women race at railroad crossing in Sint-Denijs-Boekel in #OHNWomen #ohn19 due to a very slow mens race. riders will restart with same timings

“Neutralisation.” What a word! The threat of Hanselmann and the female racers to the men’s very slow race had to be neutralized. Here are two of my favorite definitions of neutralize from dictionary.com:

to make (something) ineffective; counteract; nullify

Military. to put out of action or make incapable of action

The women’s race was temporarily nullified and made incapable of action because Hanselmann’s time and speed could have upended the gender-based races.

Many reactions on Twitter did not appreciate Omloop Het Nieuwsblad’s decision or the choice of phrasing.

You denigrate women by saying she caught the men because they were slow instead of because she was very fast. At least pretend to try.

Tell the boys to pedal harder

Pretty lame move by organizers. Should have let her catch the men’s peloton. Maybe she’d have overcome the 10-minute deficit to win it all. Would be amazing to see. Sadly, we’ll never know. #genderequity fail.

Why not neutralise the men’s race?

It’s actually great—and refreshing—to see how much support Hanselmann is receiving on social media from cycling fans, regardless of gender. Hopefully, what happened here won’t be repeated, and will lead to better planning and decision-making in the future. What harm would it have caused to see Hanselmann racing alongside the men? Why deny her that opportunity? It could’ve been a historic race—and now it will be remembered for all the wrong reasons.

Hanselmann didn’t hold back on an Instagram post after the race, writing “I almost saw the back of the men’s peloton… May the other women and me were to fast or the men to slow.” She hashtagged the picture #womanpower.

Today was the first spring classic in Belgium. I attacked after 7km, and was alone in the break for around 30km…but then a awkward moment happend and I almost saw the back of the men’s peloton… May the other women and me were to fast or the men to slow🙈 After the neutralization, I was caught up again and finished the race on the 74th place. 🚴🏻‍♀️ #bigla #chapter2 #endura #ohn #ohn19 #ohnwomen #roadrace #springclassic #sheridesroad #sufferfest #womenpower 📸: @velofocus