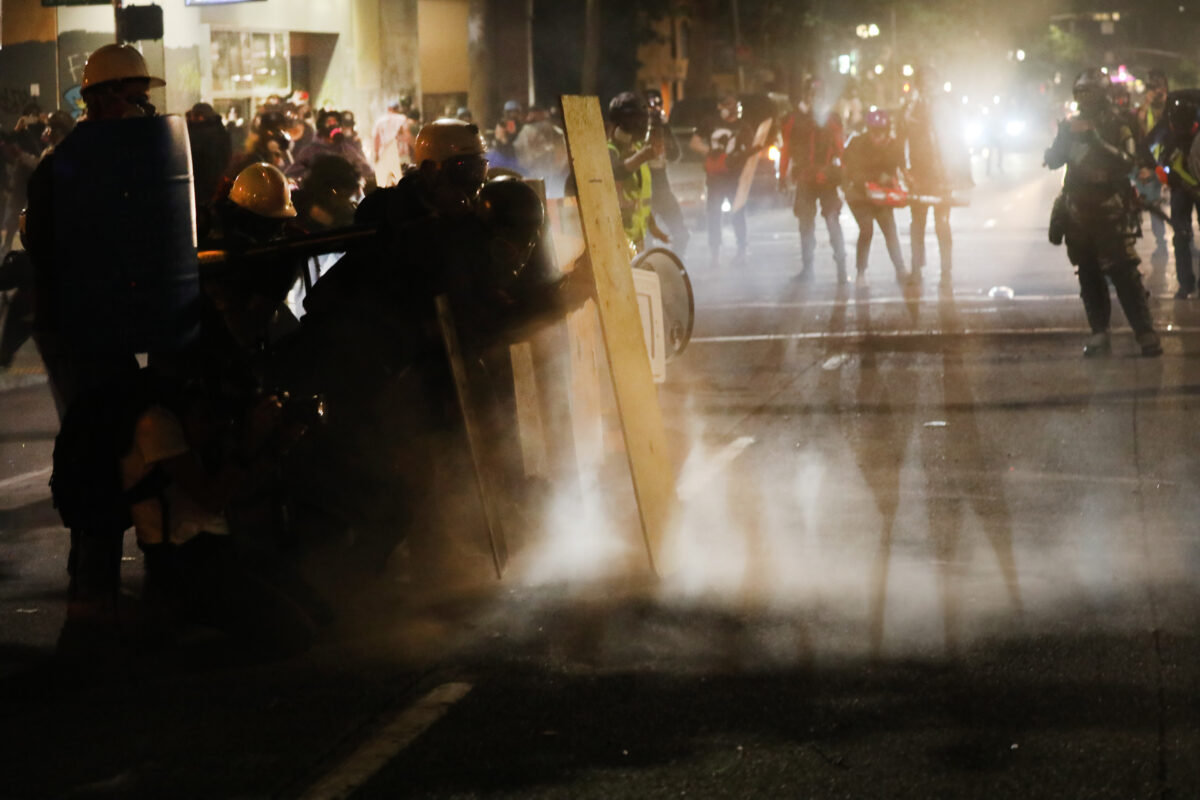 Oregon Governor Kate Brown announced today that Federal officers, who have been violating the Constitution and terrorizing protesters in Portland for over two weeks, would withdraw from the city on Thursday, after Brown and Federal authorities reached a deal to protect federal buildings. However, other dangerous federal tactics, including people being pulled into unmarked vans by anonymous law enforcement, continue across the country.

The Portland deal calls for a phased withdrawal of Federal officers, who were ostensibly brought in to “protect federal property” in Portland. Governor Brown has committed to help guard against the vandalism of the Mark O. Hatfield Federal Court House, which has been at the center of the clashes between protesters and feds. Brown announced that the Federal forces would be the ones to remove the graffiti that now covers the building, and that the regular federal security for the courthouse would remain.

In her announcement of the deal, Brown made sure to keep the focus on the on-going Black Lives Matter protests that Trump’s forces were trying to suppress with their occupation in the name of “defending federal property”:

This comes on the heels of an announcement yesterday that federal officers would be leaving the State of Washington.

Funnily enough, Donald Trump told reporters this morning that the feds weren’t leaving until they had secured the city and threatened to send more forces in to “clean it out.”

I guess since Governor Brown was working with Mike Pence and others, Trump didn’t read the memo about the planned withdrawal.

While this is good news for Portland, elsewhere in the country law enforcement continues to terrorize protesters and stomp on constitutional rights.  Seemingly taking a cue for their federal contemporaries’ tactics in Portland, the NYPD is now arresting people and throwing them into an unmarked van, as we saw in an incident captured on camera yesterday.

NYC is taking after Portland – a trans femme protestor was pulled into an unmarked van at the Abolition Park protest – this was at 2nd Ave and 25th Street pic.twitter.com/1PDhSYuK9h

Federal officers are still in other cities as well, with forces now present in Chicago. Though Chicago Mayor Lori Lightfoot has promised that they will not suppress protests the way they have attempted to in Portland, Chicago residents are dubious.

While it is a very good thing that federal officers are leaving Portland, the ways they flouted their Constitution, attacked peaceful protesters, and attempted to suppress free speech should not be forgotten. The streets of Portland looked like something out of a totalitarian regime, and the slide into fascism and authoritarianism the federal incursion into Portland represented should serve as a terrifying reminder of how fragile our freedom is and how little the Trump administration values it.