Why Doppelgängers Like Those in Us Scare Us so Much 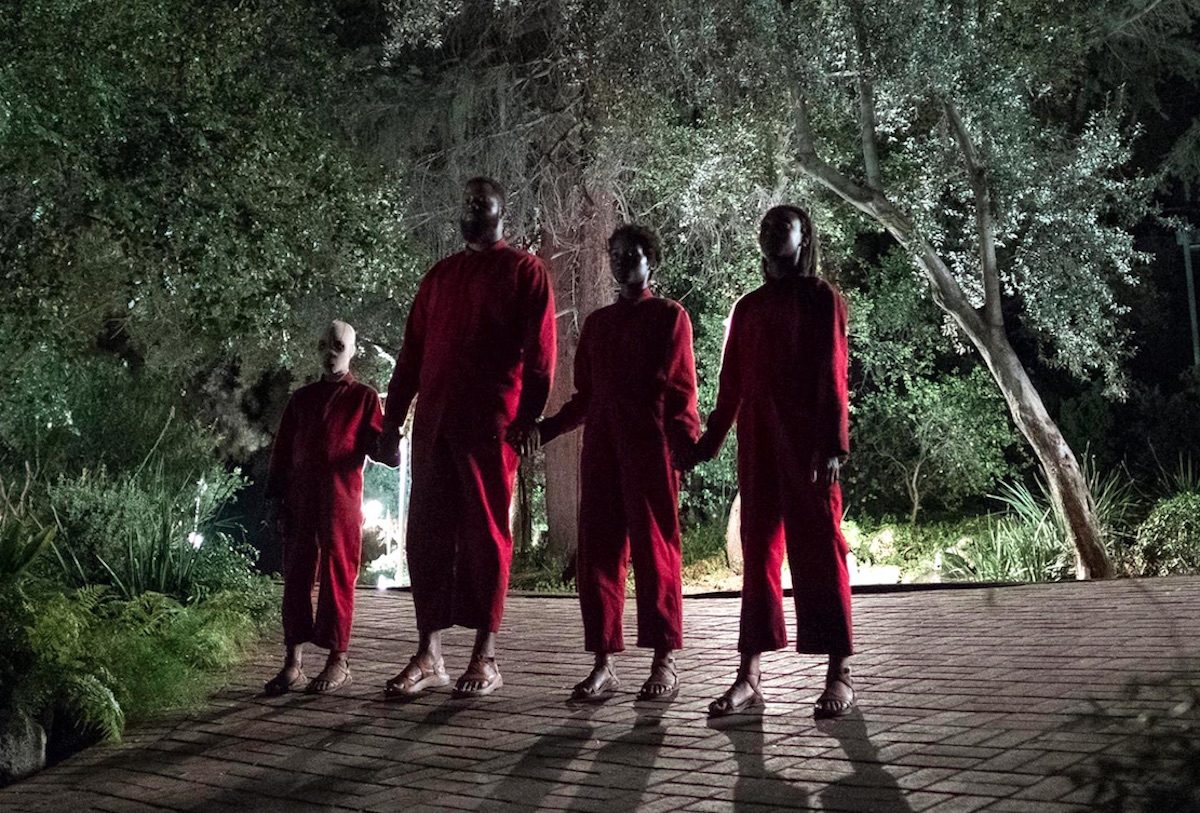 I’m not the target market for horror movies. But when it comes to Jordan Peele’s Us, the central terrors are what’s really keeping me away.

In general, I am not a horror movie fan. I find watching them a highly unpleasant experience, unable to distance myself from the awful sights onscreen and get any kind of visceral thrill. But I have myriad friends and colleagues who adore the genre, and I can appreciate when they’re finely crafted films. Classics like The Shining, Don’t Look Now, Halloween, and Alien have my respect.

Us definitely isn’t made with me and those like me, the scaredy cat demographic, in mind. And that’s fine! The movie is receiving positive reviews and looks set to rake in a lot of money. Us doesn’t need me. What’s unfortunate is that I loved Peele’s Get Out, and as a writer who focuses on pop culture, Us is a cultural event that I want to experience. I’ve been told that gore and jump-scare wise, it’s manageable. According to Slate’s ingenious new “highly scientific system” for rating how frightening movies are, they place Us between Jaws and The Shining in turns of overall scariness, at about Alien level. I’m pretty sure I could handle it under other circumstances; by all accounts, Us isn’t a torture porn fest. If it focused on demons, witches, ghosts, or any other fright-fest creepies, I’d take the plunge for Jordan Peele.

However, Us happens to feature a concept I am absolutely petrified of witnessing onscreen: doppelgängers. I’m hardly alone in this. Peele crafted a movie around evil doppelgängers because the concept is so unsettling and so oddly prevalent across much of history and in many cultures. Let’s look at some of that background so I can avoid having to picture a monster with my face attacking me with scissors. Knowledge is power.

The word doppelgänger, which is defined as “an apparition or double of a living person,” means “double-goer” in the original German and is derived from Doppel (“double”) and Gänger (“walker or goer”). The basic concept, of an otherworldly apparition that resembles one’s self, has popped up as far back as Ancient Egypt, Ancient Greece, and Norse mythology. Versions of experiencing a doppelgänger-esque situation are legion in the folklore and fictions of wildly disparate and far-flung cultures around the world.

While it’s not a universal conclusion, most traditions seem to agree that seeing one’s doppelgänger is a bad omen. Really bad. If you’re not outright harmed by the apparition, you might see it act out future events that will negatively affect you, a kind of premonition made scarier because you witness “yourself” doing it. In many tales, simply catching a glimpse of a double is an indication that bad things are on their way: most often, your own death, or the death of those around you. Fun stuff for the whole family.

There may be psychological basis for some of these legends, that further explains why the phenomenon appears in so many different traditions around the world. Certain hallucinations due to neurological conditions involve feeling an unexplained presence, while others can involve out-of-body experiences in which the person feels that they are observing their own self from a distance.

“The doppelganger effect takes this phenomenon a step further, so that a person may hallucinate that they are actually seeing and interacting with another “me” – a visual double,” Anil Ananthaswamy wrote for The BBC. A “particularly intense” version of this doppelganger effect is called “heautoscopy,” which often involves “the presence of intense emotions.”

There’s also Capgras syndrome, a delusion in which the afflicted person is convinced that someone close to them—their spouse, their parent, even their pet—has been replaced by an imposter identical in every way, who is masquerading as their loved one. The idea of a false “copy” of anyone swapping places is highly disturbing and a frequent motif in horror and suspense.

When we consider that for all of human history many people have actually experienced hallucinated situations reminiscent of doppelgängers, it’s unsurprising that the phenomenon would enter into mythos and storytelling. The fear and loss of sense of self some have reported might explain why we tend to classify the idea so negatively; the experiences, especially in eras before science was capable of classifying what was happening, must have sometimes been enormously disturbing and scary. Like experiences of sleep paralysis, it’s not surprising that malign supernatural influence was suspected.

On a less murder-creature-from-the-spirit-plane note, it’s more than possible that you have a real doppelgänger out there somewhere this very moment. There are even sites and services dedicated to finding your own, if that’s the kind of thing you’re into and you want to roll those dice. We’ll all likely been told that we look like someone else—and science explains that with 7 billion people in the world, the chances that a stranger looks uncannily almost just like you are pretty good. “Though our features vary more than any other animal, our genes do not. In fact, we aren’t that genetically diverse. So eventually, the numbers would dictate that certain features resembling yours and will randomly combine,” Global News explains. Sleep well!

I think my oversize terror of doppelgängers was invoked by a late-night scary movie I saw as a child, that made such a strong impression I’ve never been able to shake it. (Or maybe, like Peele himself, who has confessed a childhood fear of doubles, The Twilight Zone episode “Mirror Image” got to me too early.) As far as things go, I recognize that it’s not a rational fear, though most horror movie tropes do not involve rational fears either. But I don’t think I’ll be capable of sitting down to watch Us anytime soon, especially not in a theater, where there’s no pause button.

If I had to analyze it, I’d conclude that doppelgängers are so frightening because they demonstrate that we’re not so unique as we might hope—that we could be swapped out and replaced—and is there anything worse than an evil-minded “you” perpetrating terrible acts? It’s bone-chilling to consider witnessing what our darkest, “reversed” impulses might possibly capable of. Most of humanity struggles enough just being ourselves on a day-to-day basis. We don’t need another us.