Should We Be Worried About the FCC’s Investigation Into Stephen Colbert’s Trump Joke? 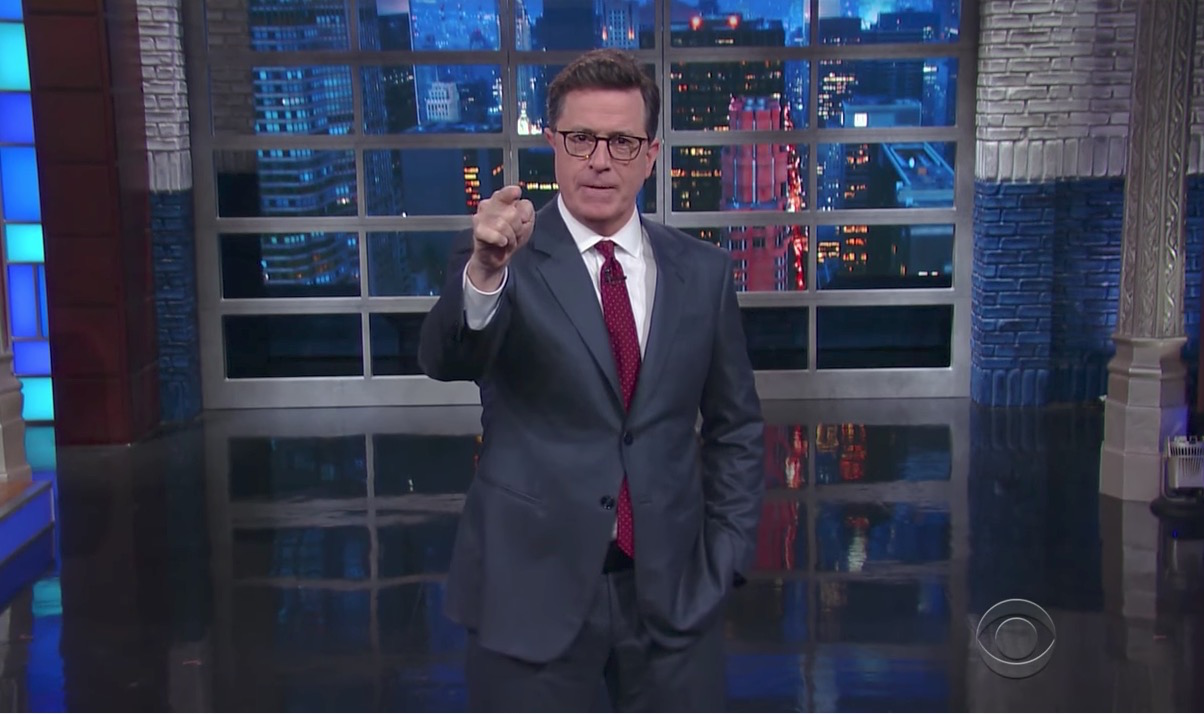 Stephen Colbert sure has had an eventful week. Last Monday, he ranted against Trump’s lack of respect for journalists, saying at least a few words (specifically that the only thing Trump’s “mouth is good for is being Vladimir Putin’s c*ck holster”) that some have called homophobic and he himself called “cruder than they needed to be.”

After the joke aired, the hashtag #CancelColbert started making the rounds (again). And whether you think the comment warranted that reaction, or you thought it was an overreaction, audiences have a right to speak their opinions. You might not agree with it, but when viewers have a problem with the things Colbert says, that’s not an attack on Colbert’s right to free speech. (Just as those voicing their complaints aren’t having their free speech rights trampled when Colbert goes on to have his highest ratings in years.)

However, a new development in this story does have a lot of people worried about a possible risk to the First Amendment. Because now it’s not just audiences voicing their displeasure, but the Federal Communications Commission. The FCC chairman said they would be looking into the potential “indecency” of Colbert’s jokes based on complaints they received.

A lot of people, including some very prominent comedians and otherwise public voices, were immediately concerned.

Wow. This is chilling. This kind of shit has to be fought hard at every turn. https://t.co/vfD7LEIVmU

When they start to take away our jokes, we should all be worried. All Americans. Regardless of party. This is not normal. https://t.co/SGzANVPKVh

Good thing there’s no way this could have a chilling effect on speech critical of the president https://t.co/Bc5T7C6Qjt

Is this investigation really that scary? Well, it’s complicated.

The FCC has much looser rules for what is deemed indecent or obscene on programs airing after 10:00 pm. It can investigate shows airing after 10:00, but “safe harbor” laws (designed to make sure “constitutionally-protected free speech rights of adults are balanced with the need to protect children from harmful content”) generally protect late night hosts. To be prosecuted, then, the material in question must be obscene, not just indecent.

By the FCC’s definition, obscene content is determined by a “three-pronged test” as laid out by the Supreme Court:

Obscenity is always prohibited on network and cable television. If the material doesn’t meet the three-pronged test, it may be investigated for indecency.

If nothing else, it would be hard to argue that there wasn’t political value to Colbert’s joke. You don’t have to like the joke or find it effective or even amusing to appreciate that it was politically-motivated. And bad political jokes need to be protected in the same way great ones are. That’s the nature of free speech.

The catch here is that there’s no evidence anything actually isn’t being protected. I won’t go so far as to call the headlines warning their readers of an investigation “fake news,” as some critics have, but they may be, at the very least, a bit extreme. Those writers and outlets had to have known the reaction would be fearful. But here’s the thing: an “investigation” is a totally normal response in this situation. When complaints are filed, the FCC looks into them. 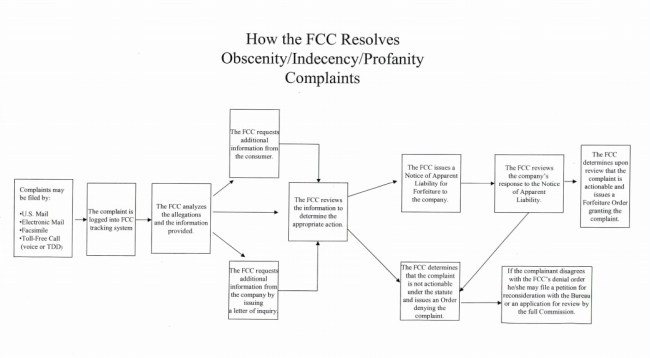 The usual process for the FCC is to review the information “to determine the appropriate action.” And despite the scarier implications of the word “investigation,” this review step is where the FCC is now. The fear seems to have stemmed entirely from The Hill’s writeup of an interview the commission’s chairman Ajit Pai (also in the news today for net neutrality concerns) gave to a conservative talk radio show. The pull quotes indicate Pai will be taking “the appropriate action” in how they “apply the law” to Colbert’s case. But in context, Pai admits he hasn’t even watched the Colbert clip yet, and this is a totally normal thing to say about an issue that’s received numerous complaints.

So is this a case of overreacting? Maybe. Or maybe people have just been reacting too quickly. Because under-reacting isn’t something we want to do here. There’s nothing wrong with refusing to wait until our rights have been violated to say “hey, by the way, we’re paying attention and we’re not okay with that.” The systematic compromising of a nation’s values doesn’t happen all at once. It’s worth keeping an eye on these things and speaking out at the first glimpse of danger. This new FCC chairman (appointed by Trump who, to generalize, does not have the best record of appointing people who place their duties or the country over their loyalty to Trump himself) said he was looking into the case. And a whole bunch of voices let him know we’re keeping an eye on him while he does so. There’s nothing wrong with that. Let’s just all be aware that that was what was happening.